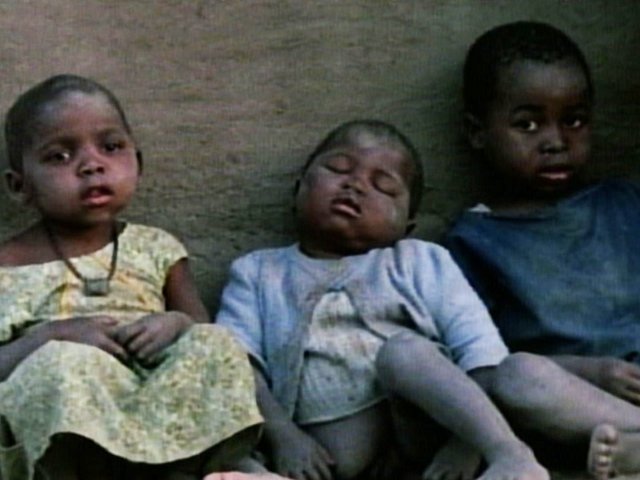 This story came about after I learned of a little-known documentary called "Last Grave at Dimbaza."

In 1969, a group of South African exiles and British film students set out to produce films about the apartheid regime in South Africa. Their film, "Last Grave at Dimbaza," was one of the first independent films ever produced about the racial oppression that four million white South Africans wielded over 18 million blacks.

The apartheid regime strictly controlled every image of South Africa that the world was to see. That's what made the footage in "Last Grave at Dimbaza" so dangerous: if the world knew the way black South Africans were living, and how they were treated, the filmmakers hoped the world would not stand for such suffering and injustice.

It would take nearly two more decades, and countless images of oppression and violence broadcast to the world, for international pressure to be brought to bear on South Africa's racist regime. But in 1974, when Nana Mahomo and his filmmaker colleagues illegally shot and then smuggled the footage that would become the documentary "Last Grave at Dimbaza" out of South Africa, they exposed the government's brutal resettlement policy to the world, which resulted in international condemnation.

Over two decades, millions of black South Africans were forced to abandon their lives in cities and on farms, and were dumped in barren wastelands with no infrastructure, no resources and no hope for a future. They were even stripped of their citizenship. The government explained that it was returning blacks to their "homelands."

The images Mahomo and his team captured in desolate wastelands like Dimbaza -- particularly of a graveyard for children who died of malnutrition and starvation -- is some of the only visual evidence of this particularly brutal, but little-discussed, crime committed by the apartheid regime.

After the film's images of stark inequality were seared forever in my mind, correspondent Michelle Miller and I traveled to Dimbaza to see how its residents were faring today, four decades after they were forced to leave their lives and their extended families and start anew in the desolate grasslands of the Eastern Cape.

We found it had become a vibrant and joyful community in the four decades since its residents were dumped there and left to fend for themselves. But it didn't take long to discover its people still bore the scars of their traumatic arrival and the painful memories of the past. As Dimbaza resident Patrick Madolo told us, if it wasn't for the kindness and generosity of one man, an Anglican priest named David Russell, they would have given up all hope for survival.