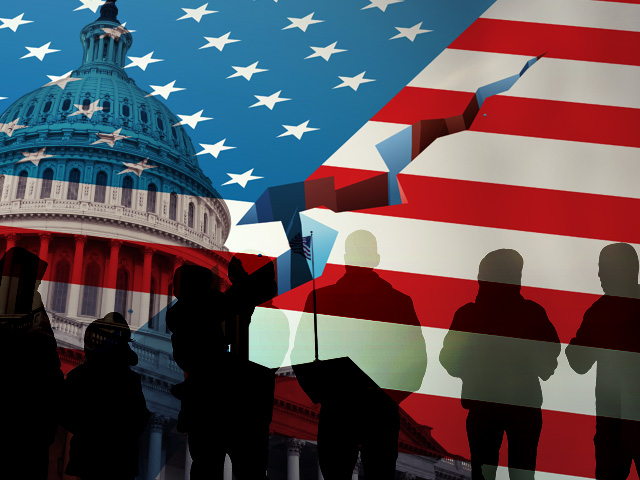 A comprehensive immigration reform bill that can only pass through one congressional chamber "doesn't do anybody any good," Sen. Ron Johnson, R-Wis., warned Sunday, two days before the Senate is slated to launch procedural votes on a weeks-long debate about legislation that would include a pathway to citizenship.

"We have to fix this system because it's not good for anybody," Johnson said on "Fox News Sunday." "Hopefully we can pass a bill."

Chances of that happening spiked significantly Sunday, when Sen. Kelly Ayotte, R-N.H., announced on "Face the Nation" she will back the comprehensive bill, pushing the legislation past the 60-vote threshold that shields it from a GOP filibuster. Ayotte called the bill's most controversial tenet - a route to citizenship for the 11 million undocumented immigrants currently living in the United States - a "tough but fair way for them to earn citizenship: Go to the back of the line, pay taxes, pass a criminal background check, learn English."

"I've looked at this very carefully," Ayotte said. "Our immigration system is completely broken; we've got 11 million people living in this country illegally and in the shadows. We have a legal immigration system that isn't meeting our needs to grow the economy. And so I looked at this carefully, this is a thoughtful bipartisan solution to a tough problem and so that's why I'm going to support it."

With Democrats and independents adding up to 54 likely "yea" votes, six is the magic number of Republicans needed to get the bill through the Senate. Expected to join Ayotte on the right are the four GOP members of the "gang of eight" senators who crafted the legislation - Sens. John McCain, R-Ariz., Jeff Flake, R-Ariz., Lindsey Graham, R-S.C., and Marco Rubio, R-Fla. - and Sen. Orrin Hatch, R-Utah, who voted the bill out of the Judiciary Committee last week.

The "gang" has said it hopes to collect as many as 70 votes in the Senate before moving the bill over to the House. And President Obama - who on Saturday said in his weekly address that there's "no reason" lawmakers can't get an immigration bill on his desk by "the end of the summer" - is on tap to deliver a speech Tuesday on the issue, which he had hoped would be a hallmark of his second-term agenda.

The president commended the work being done in the Senate, where the "gang of eight" is working toward strengthening border security, cracking down on employers who hire illegal workers and modernizing the legal immigration system: "The bill before the Senate isn't perfect," he said. "It's a compromise. Nobody will get everything they want - not Democrats, not Republicans, not me. But it is a bill that's largely consistent with the principles I've repeatedly laid out for common-sense immigration reform."

Still, even with Ayotte in the mix, the legislation's journey going forward will be uphill: Rubio has stipulated that floor debate must churn out increased border security provisions if the bill hopes to pass muster among conservatives in both the Senate and the House. And though Hatch made a deal to pass the bill through committee, he hasn't committed to voting it into law.

Sen. Rand Paul, R-Ky., suggested he could be the one to bring Republicans together on this issue: "I am the conduit between conservatives in the House who don't want a lot of these things and more moderate people in the Senate who do want these things," Paul said on "Fox News Sunday." "They're going to have to come to me and they're going to have to work with me to make the bill stronger if they want me to vote for it.

"What they have in the Senate has zero chance of passing in the House," he continued. "I'm really trying to make immigration work."

Senate Majority Leader Harry Reid, D-Nev., has said he expects to hold a vote on final passage by July 4. On the House side, members of the chamber's "group of 8" working on their own version of immigration reform emerged from a closed-door meeting with select senators Wednesday saying they have "found a way forward" on a comprehensive bill.