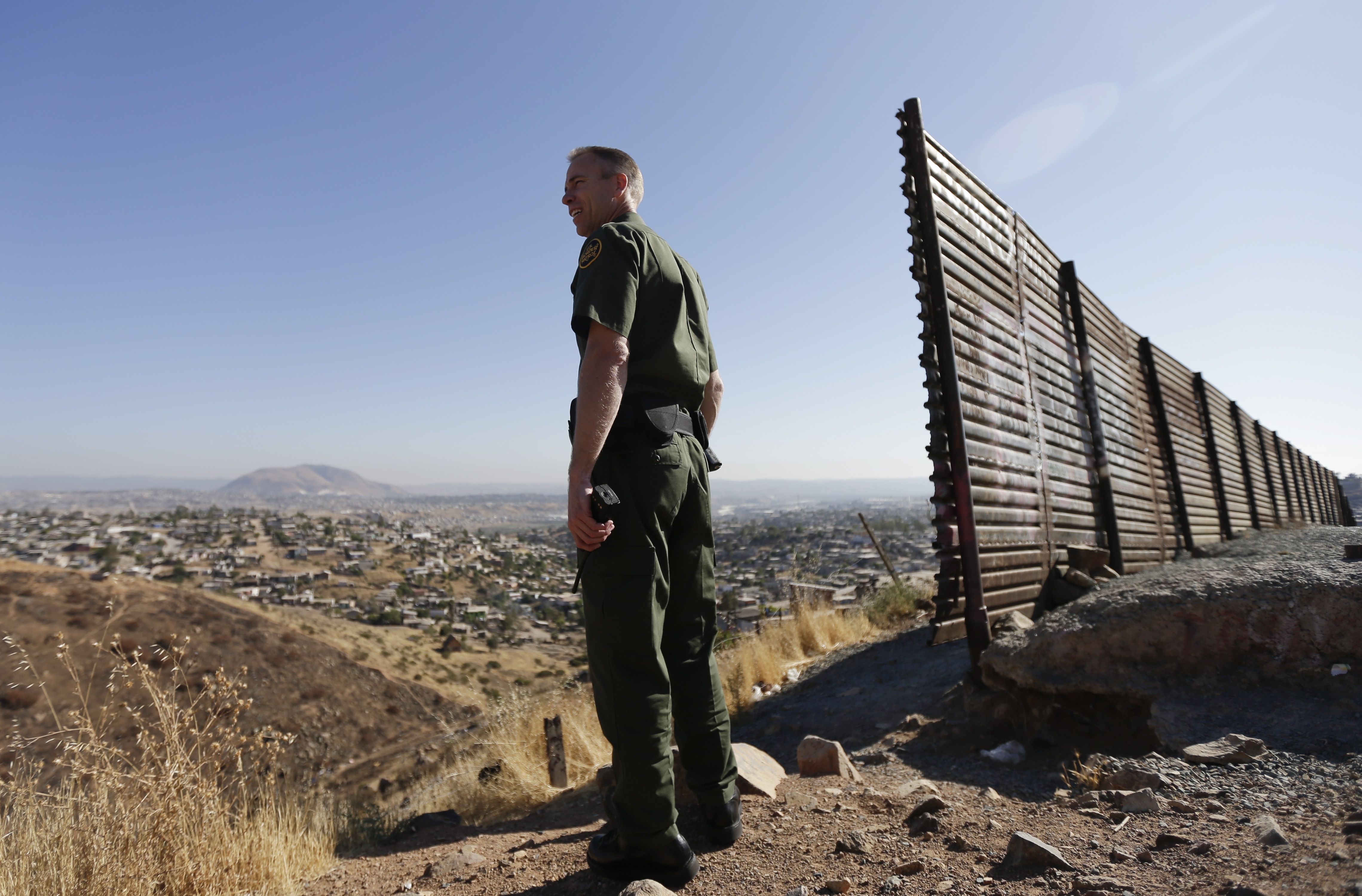 The fight over immigration reform in Congress this year has largely focused on conservative pushback, but with the passage of a comprehensive bill in the Senate, some Democrats and immigrant advocates are voicing their own complaint: The bill is far too focused on border security.

One congressman who represents a district on the U.S.-Mexico border, Rep. Filemon Vela, D-Texas, resigned from the Congressional Hispanic Caucus to protest the strong support that many of the group's members have put behind the bill, his office confirmed to CBSNews.com.

"Historically, our country has criticized the construction of barriers of all kinds," Vela said on the House floor on last week, citing President Reagan's call to tear down the Berlin Wall. "Erecting more border fence drives a wedge between border communities which are culturally united... The current border fence has come to symbolize divisiveness and serves as a daily reminder of a flawed immigration system."

Other Democrats, including Reps. Pete Gallego, D-Texas, Beto O'Rourke, D-Texas, and Raul Grijalva, D-Ariz., have also criticized the robust border security elements of the immigration bill. The measure would double the number of Border Patrol agents from 20,000 to 40,000, devote billions of dollars to enhanced surveillance equipment and up the amount of border fencing required by the bill from 350 to 700 miles. As the Washington Post reported this week, significant portions of the $46 billion border security package in the bill are already designated for specific equipment -- for instance, the legislation requires Border Patrol to acquire six Northrop Grumman airborne radar systems that cost $9.3 million each.

Some immigrant advocacy groups, Presente.org and the Border Network for Human Rights, now oppose the Senate immigration bill entirely because of the security measures. In a statement, Presente.org said it could not support a bill "guaranteed to increase death and destruction in immigrant life through increased militarization of the border."

So far, however, these concerns in the Democratic Party have been dramatically overshadowed by the party's strong desire to pass a bill that provides a pathway to citizenship for the nation's 11 million undocumented immigrants. At an immigration reform rally in Las Vegas, Nevada on Monday, Rep. Luis Gutierrez, D-Ill., stressed the need for compromise, the Las Vegas Sun reported.

"They said they wanted 20,000 more border patrol agents," he said. "And what did we say, Democrats? Yes, because we want comprehensive immigration reform. It's not a Republican solution; it's not a Democratic solution. It's an American solution."

Leaders like Gutierrez, Senate Majority Leader Harry Reid, D-Nev., and others in Congress are mobilizing voters to step up the public pressure on the House to take up the Senate bill -- a measure that every single member of the Democratic caucus in the Senate ultimately supported. Even some critics of the bill's security provisions, like Grijalva, haven't given up their support for the measure overall. In a statement after its passage in the Senate, Grijalva said, "This is a time to move together on a bipartisan basis and really do the people's business."

Powerful interest groups like the Service Employees International Union, meanwhile, are investing millions to pressure House Republicans on the measure. Influential groups on the other side of the ideological spectrum are also putting money behind the bill: Conservative advocacy organizations concerned about the longterm prospects for the GOP, and its ability to attract Hispanic voters, are airing ads in defense of one of the bill's authors, Sen. Marco Rubio, R-Fla.

Now that the Senate has passed its version, it's up for House Republicans to make the next move. The House Republican Conference plans to meet July 10 to discuss the way forward on immigration -- but it's unlikely the issue of too much border security will be on the agenda.

Pleasing conservatives may remain the priority in Congress at this point, given that House Speaker John Boehner, R-Ohio, has pledged to follow the "Hastert rule" when it comes to immigration reform-- only bringing a bill to the floor if it has the support of a majority of the majority party. Should an immigration bill manage to get the support of more than half of House Republicans, it could very well pass even without every Democrat.