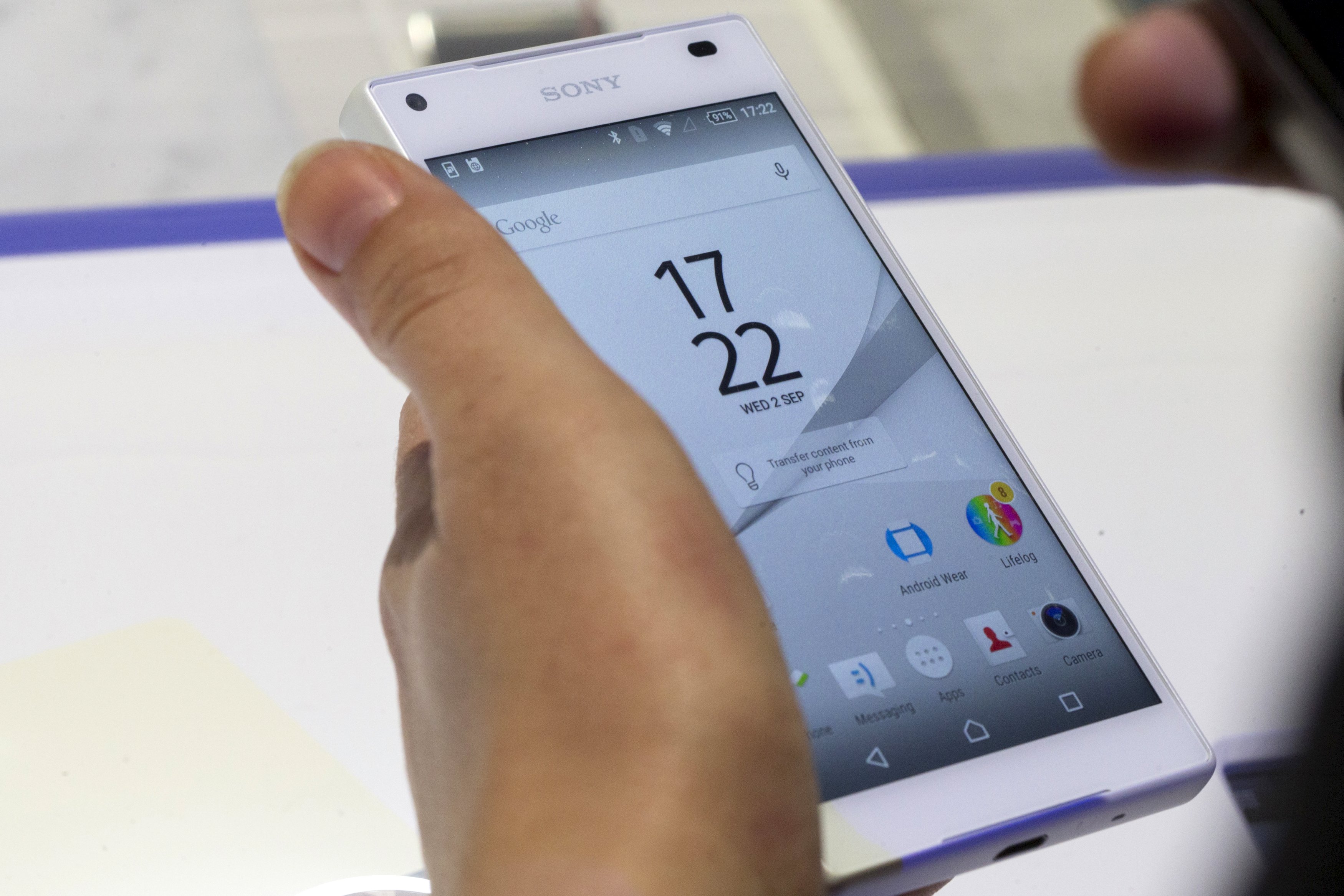 Some 1,500 companies and over 250,000 people are expected to visit Europe's flagship technology show, the IFA in Berlin, when it opens to the public on Friday.

The event, which runs through Sept. 9, will showcase a range of new mobile handsets that will hit stores just in time for the holiday shopping season.

Beyond phones, the event will see technological innovations applied to all aspects of life, from Internet-connected kitchen appliances to rollable keyboards.

The Japanese electronics giant is expected to release three new models for its Xperia smartphone line.

The Z5 will come in several variants: a standard, a compact and possibly premium version.

Each of the new devices is reported to come with a 23 megapixel primary camera.

Like previous devices in the series, all Z5s will be dust and water proof, while the rumored premium version is expected to sport a 5.5-inch screen with 3840 x 2160 pixels. This would give it a 4K resolution - a standard that was only recently rolled out for high-end televisions.

Having already announced its latest range of Galaxy S phones last month, Samsung then jumped the gun on its own Berlin launch party by revealing a new smartwatch on Monday.

The Gear S2 will be round and come with a better battery life.

IFA-watchers are hoping that the South Korean company has something else up its sleeve for its presentation Wednesday. The company is under pressure from Apple on the one side, and a growing number of Android competitors on the other.

The Apple Watch had it. Now smartphones are going to get it.

Force Touch, a technology that allows users to transmit different commands to their smartphone depending on how strongly they press the touchscreen, is expected to make an entrance at IFA.

Huawei has been tipped as the first company to introduce it in their new device, ahead of the launch of Apple's new iPhone next week.

The Pop 3 comes with either a 5-inch or a 5.5-inch screen - comparable to Samsung and Apple's high-end phones.

At under $200, these Android-powered phones will be competitively priced despite the large display.

IFA isn't just about smartphones and watches. Thousands of new gadgets, from drones to smart fridges, are launched there each year.

Among the most eye-catching items previewed before the events is the Rolly, a Bluetooth keyboard that can be folded into a long rectangular box. Its manufacturer, South Korean company LG, hopes the Rolly will appeal to people who always carry their tablet around but prefer to type on a keyboard than a touchscreen.

Other accessories that might catch consumers' eyes include a USB cable with a built-in LED light that manufacturer Hama says makes it easier to plug in your device in the dark.

Gigaset is the latest company to get into the smartphone market, with its Me Series - Me, Me Pure and Me Pro - that will go on sale later this year. The standard Gigaset Me phone features a five-inch display, 1,080 pixel resolution and cameras on the front and back, according to CNET.

It also has some cool features like a rapid autofocus and something called Focus Later, which allows you to choose your point of focus after the photo was taken. It also has a fingerprint sensor for security and room for two SIM cards.

A FRIDGE THAT WATCHES YOUR FOOD

You're at the supermarket and can't remember what is in your refrigerator? Well, Bosch's Series 8 line of refrigerators has you covered.

Along with its no frost technology, there is a camera inside the refrigerator, CNET reports. Once you connect to Bosch's Home Connect app, you will be able to see whether you are out of milk or have enough pasta for dinner. The fridge is part of a growing push to make our homes smarter.

Lenovo will be showcasing a series of laptops at IFA, including its IdeaPad S Series that should start at less than $200.