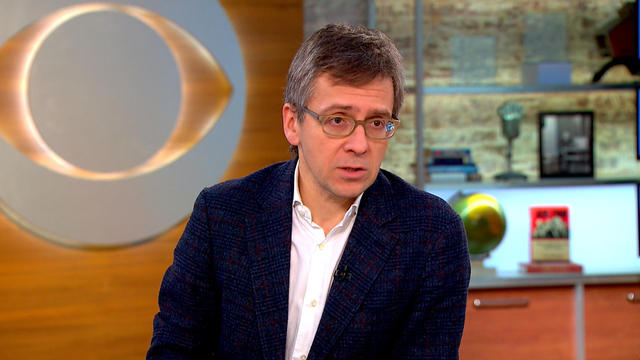 Vice President Mike Pence announced Wednesday the U.S. will soon unveil what are called the "toughest and most aggressive" sanctions ever against North Korea. The announcement comes just ahead of the start of the Winter Olympics in South Korea where Pence will be leading the American delegation.

CBS News senior global affairs contributor Ian Bremmer is president of the Eurasia Group. Bremmer told "CBS This Morning" that while the tougher stance creates an "opening" for the U.S. to engage diplomatically with the North Koreans, it also increases the possibility of conflict.

Pence said the U.S. will continue its "maximum pressure campaign until North Korea takes concrete steps toward complete, verifiable, and irreversible denuclearization." Bremmer said that the sanctions have everything to do with putting pressure on China.

Bremmer added that the Chinese are doing more to cut off North Korea than they have under the Obama or Bush administrations, including cracking down on smuggling and limiting joint ventures with the North Koreans.

"But they're not prepared to cut them off because they're concerned of what would happen if the North Korean regime implodes. Now, that is going to prevent Trump from saying that they're doing enough," he said. "He's also pointing the finger at the Chinese because we're expanding our trade deficit with them. We're not getting access to their economy. A lot of things that are playing out at the same time, North Korea is only one of those pieces."

Asked about the possible outcomes of a "bloody nose" strike against North Korea, Bremmer said the lack of human intelligence leaves us mostly in the dark.

"When you talk to the intelligence analysts in the U.S. government who know the most about North Korea, we've got the signals intelligence, we've got the satellite imagery. We have no human intelligence at all. There's no one out there that believes that they have a read on how one of the most brutal leaders in the world would respond to a bloody nose pre-emptive strike against this country," Bremmer said.

Kim Jong Un's sister will join North Korea's delegation to the Pyeongchang Olympics. Bremmer said that while she's a known figure and politically engaged, it's hard to say what kind of decision making power she holds.

"I think what we can say with a fair amount of certainty is that the fact that she's going implies there's a direct message from Kim Jong Un going to the South Korean government and it really is an effort to say, 'Never mind these Americans, we can work together,' which the South Korean president is interested in," he said. "Look, this whole idea of good cop/bad cop would be useful if the South Koreans and the Americans were working together on this, but they're not."