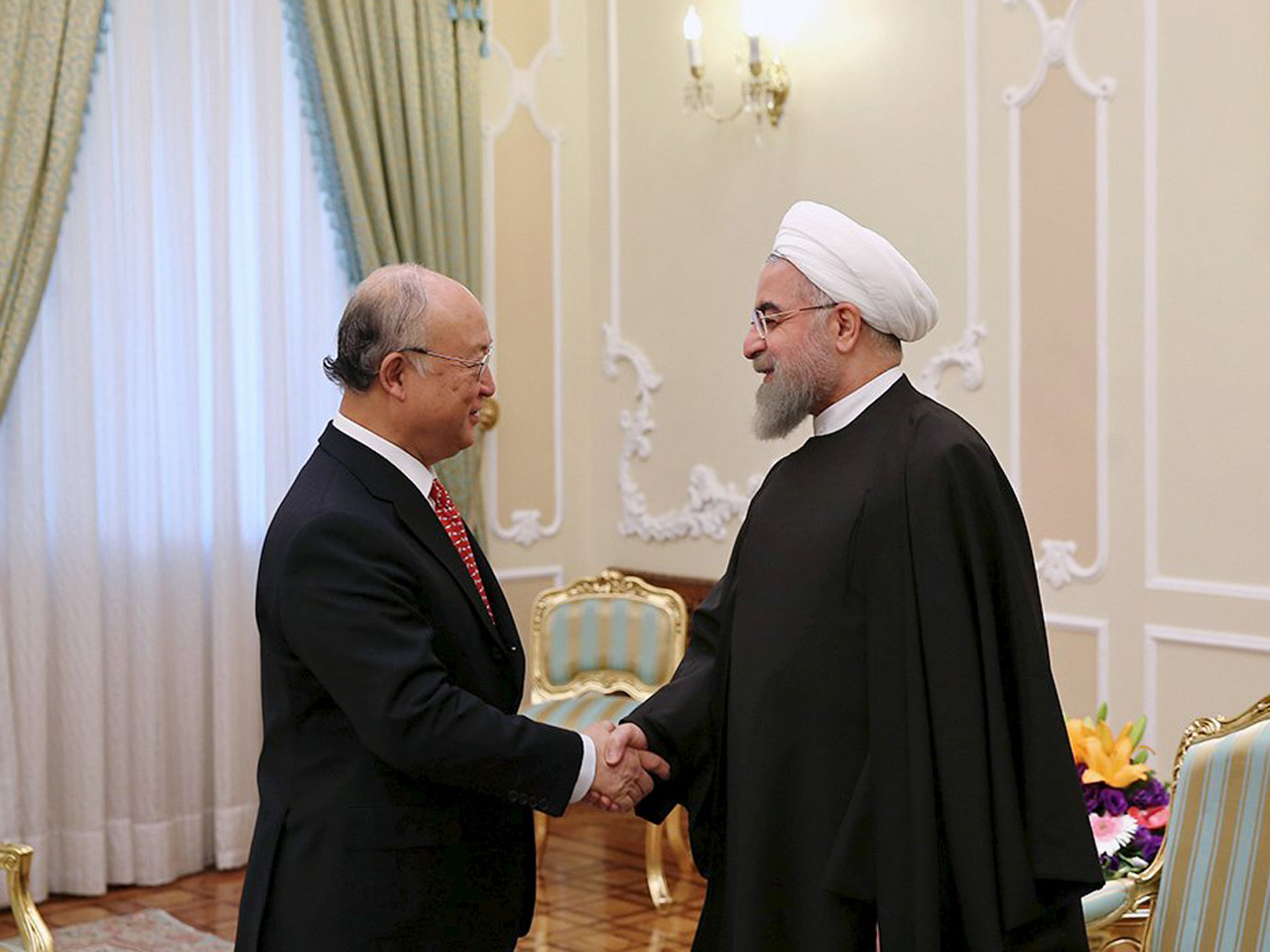 VIENNA - The chief of the U.N. nuclear agency insisted Monday that a probe of a suspected nuclear weapons research site in Iran does meet strict agency standards, while acknowledging that Iranian experts provided samples from the site for analysis.

Such sampling is usually done by the International Atomic Energy Agency's own experts. But IAEA chief Yukiya Amano told reporters that Iranians carried out that part of the probe at Parchin, where the agency suspects that explosive triggers for nuclear weapons might have been tested.

The arrangement was first revealed in confidential draft agreement between the sides seen last month by The Associated Press. The draft said that Iranian experts, monitored by video and still cameras, would gather environmental samples at the site and hand them over to the agency for analysis.

Iran's atomic energy agency spokesman, Behrouz Kalmandi, said IAEA experts were not physically present during the sampling. But Amano said the procedure meets strict agency criteria that ensure "the integrity of the sampling process and the authenticity of the samples."

Amano spoke a day after he was taken on what Iranian media described as a ceremonial tour of the military site. He told reporters in Vienna that he was able to enter a building that the agency had been observing via satellite and saw signs of "recent renovation work."

He appeared to be referring to the building where the agency suspects that weapons experiments were conducted. The agency has frequently said that subsequent renovation work at and near the building could hamper the IAEA probe, a position Amano repeated on Monday.

Amano's one-day visit to Iran is part of an assessment due in December that will feed into the nuclear deal reached in July between Tehran and six world powers and will help to determine whether sanctions will be lifted.

Iran denies it has ever sought nuclear weapons, and insists Parchin is a conventional military site. Tehran has refused to allow inspections of its military sites as part of the nuclear deal, fearing foreign espionage.

Under the July agreement, Iran would curb its nuclear activities and submit to new inspections in return for billions of dollars in sanctions relief.

A special Iranian parliamentary committee is reviewing the deal to prepare a report for lawmakers. Late Sunday, a member of the committee, Alaeddin Boroujerdi, said he expected parliament would approve the deal.