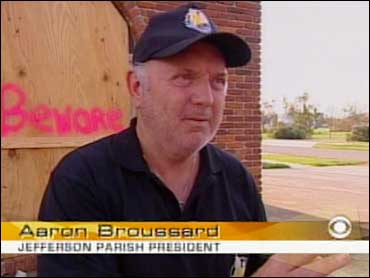 The president of Jefferson Parish, a New Orleans bedroom community, says he had a straightforward message when he met for the first time Monday with officials of the Federal Emergency Management Agency.

His pummeled parish is in ruins in the wake of Hurricane Katrina, Aaron Broussard tells The Early Show co-anchor Harry Smith.

"What I told FEMA was, 'Listen. I've got a lot to tell you about what happened the last couple of days. But I have people who are starving in their homes, and my list is getting bigger and bigger, and my resources are burning out.' … I said, 'Well, let's shake hands and let somebody else sort out the fault of yesterday and let's begin today to safe lives that are still hoping against hope that somebody's out there,' " he said.

"Bureaucracy has murdered people in the greater New Orleans area. And bureaucracy needs to stand trial before Congress today. … So, I'm asking Congress, please investigate this now. Take whatever idiot they have at the top of whatever agency and give me a better idiot. Give me a caring idiot. Give me a sensitive idiot. Just don't give me the same idiot."

Broussard says there are still people whose lives are at risk.

"You know why? Because they're poor people," he said. "They could not get out. There's no more food in their refrigerator. They've eaten everything in the house. They're starving."

But Broussard said that his community has a spirit that will overcome.

"Now, if this community is hampered," he said, "it's not Mother Nature that's hampering it — it's human nature. I need the government to get in my face. I need the kind of support that I needed the day after this hurricane." 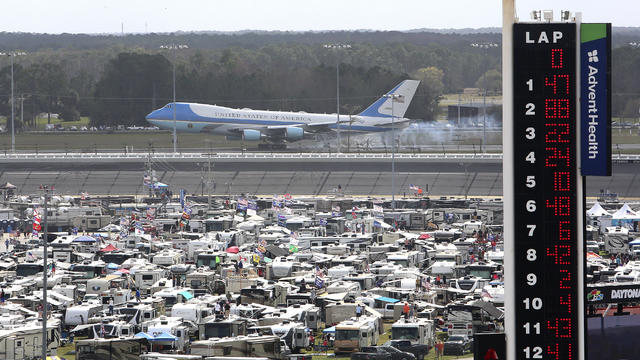