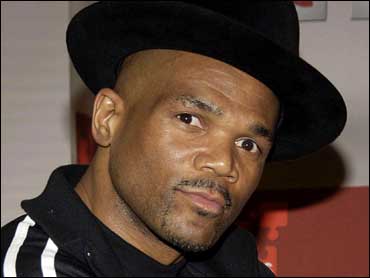 On the streets of Hollis Queens in New York City is where Darryl McDaniels and two neighborhood friends created a sound that would revolutionize contemporary music.

It didn't take long for the back alley poet to become the marquee performer known as DMC, member of the trail blazing rap group Run DMC.

And with mega hits such as "Walk this Way," a collaboration with the rock band Aerosmith, they went on to become the first rap act to go multi-platinum, be on the cover of Rolling Stone, perform on Saturday Night Live and they helped break the color barrier on MTV.

"They were like these nice kids from a relatively middle class part of Queens called Hollis," says Dave Marsh, a radio host and writer for Sirius, who has followed hip hop music from the very beginning.

There's no gangster in these guys. They were kind of like the Beatles, in the sense that they dug each other so much and they dug the world so much that you know, the most ferocious thing they ever did was just utterly charming," Marsh says of the group.

Their music, a mix of urban grit and lyrical innocence was a reflection of the charmed life McDaniels and his band mates Joe "Run" Simmons and Jason "Jam Master Jay" Mizell enjoyed growing up.

My father and mother used to always have cookouts on the Fourth of July, the best cookouts in the world," McDaniels says, adding "It was paradise. In fact, it was heaven,"

By the mid 1980s and early 90s, Run DMC was at its peak. McDaniels married his wife Zuri and had a son.

"Life was beautiful. But I remember laying in my hotel room one night goin' 'OK, am I here just to be DMC?' I was trying to put my life together 'cause there was a void there, but I didn't know what it was."

The hard and fast life of the road just made things worse. McDaniels turned to liquor to fill the void. Over time, alcoholism was followed by deep depression and on a European tour a homesick McDaniels hit rock bottom.

"Fame fortune and being DMC was just fulfilling no more so, in my mind I was 'OK, I gotta check out of here.' So, I was like, I gotta figure out how to commit suicide," McDaniels says.

He adds, "I actually caught myself sitting there saying 'This is crazy.' I'm thinkin' it but I ain't gonna kill myself on tour 'cause Jay and Joe gonna be mad. So, I'm gonna wait until I get home."

But on his way home from the airport McDaniels had a change of heart.

"I get in the car and I turn the radio on." What McDaniels heard was singer Sarah McLachlan's song "Angel."

"For some reason that record made me say 'Life is beautiful. It's great to be alive,'" McDaniels recalls.

A grateful McDaniels got a chance to thank the woman he considered his angel a year later at a Hollywood Grammy party.

"Darryl came over to me, gushing a little bit," McLachlan remembers. "And I had no idea what to expect, and he was just like, 'Oh I think you know, I loved your song. It really helped me.'"

After hearing McDaniels praise her work, he remembered her saying, "Thank you for telling me that Darryl 'cause that is what music is supposed to do."

If that all sounds like enough to make a good book, McDaniels, 41, thought so, too. And he began doing research for an autobiography. It was then he discovered his life story was only beginning.

After a routine call to his parents, asking them for information on the hospital where he was born and how much he weighed, an hour later, his mom and dad phoned back.

"We got something else to tell you," they said.

What McDaniels learned was that his parents brought him home a month after he was born. McDaniels was adopted.

His first thoughts were those of his wife teasing him that he didn't look like any members of his family.

"When he found out he was adopted, he called me and he says 'Pookie, you were right,'" Zuri says.

At first, McDaniels, who was 35 when he found out, relished the discovery of his adoption and what he believed to be his maternal Latin roots.

But his outward joy could not mask his inner hurt, heightened when his longtime friend Jam Master Jay was murdered in 2002.

"When you are lookin' outside in, you could totally tell from this change a lot had shifted. And I lost him and I didn't know where he was," Zuri says of her husband.

McDaniels says bluntly, "I was gone."

He went into rehab, straightened out his life and started attending adoption discussion groups where he was encouraged to look for his birth mother. With his adoptive mother's approval he decided to pursue the search and convinced a documentary crew from VH1 "Rock Docs" to come along.

"It became something like Indiana Jones and you have to go back and solve the mystery. So I decided to document it to help anybody out who wants to find out their identity," McDaniels says.

After four months he finally got the answer he had been looking for.

Her name, Berncenia Lovelace of nearby Staten Island, a single mother whose parents had made her give him up.

After a nervous call to his birth mother, McDaniels came away uplifted.

He set up a meeting for the following Saturday and after a week that seemed as long as the 41 years they were apart, mother and child were reunited.

"I was happy. I was happy and feeling a lot of love energy from him. It was great, really, really great," Lovelace says.

McDaniels had gained a mother, a sister and two brothers and found out he was not Dominican. But most important, he learned he had the support of his adoptive mom.

Although his journey was complete, McDaniels' his mission was just beginning. He went on to sponsor a camp for orphaned and adopted children and went back to the studio to make music, returning to a familiar source of inspiration.

He called on McLachlan for help.

The result was a new CD and the song, "Just Like Me," an encouraging rap about being adopted put to the tune of Harry Chapin's "Cats in the Cradle," with McLaclan's lilting voice in the background.

Once the record was finished, McLachlan told McDaniels that she too was adopted.

"That's what music is supposed to do. I call up the lady that touched my life and then she tells me we had that in common. That's miraculous," McDaniels gushes.

Throughout his arduous journey of self-exploration, McDaniels says he has learned much.

"I am who I am and I was already Darryl. Nothing really changes," he says. "I just got stuff that was added on to me that makes me complete."