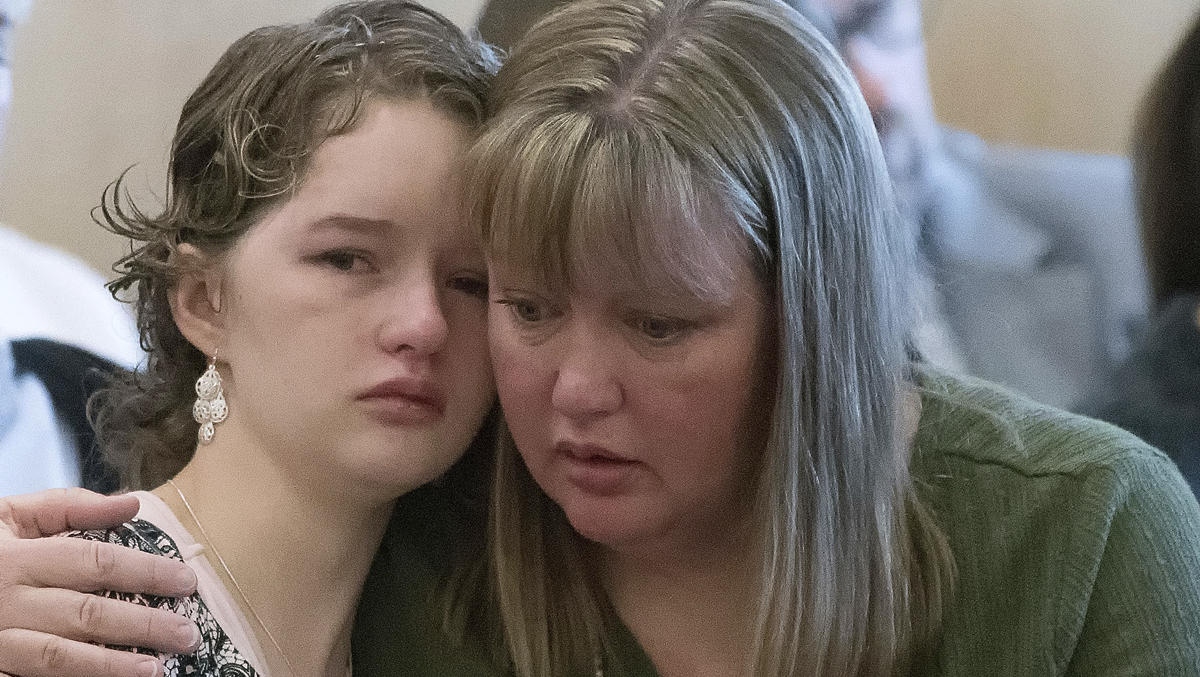 LOGAN, Utah -- A Utah girl shot by a teenage boy and left in a ditch to die at 14 said Thursday the bullet still in her brain touches almost everything she does, but her determination has kept her alive.

"You shouldn't have messed with me, because I am tougher than a bullet," Deserae Turner said Thursday at a hearing where Colter D. Peterson, 17, was sentenced to at least 15 years in prison after pleading guilty to aggravated attempted murder and robbery.

Turner told a judge she considered Peterson a friend before the shooting. Now 15, Turner did karate, rode horses and played the saxophone before the shooting, but now she struggles to walk, dress herself and function through seizures and debilitating headaches, she said. A prosecutor said that because of Turner's health issues, "she's likely to pass away 20 years soon."

"There are times I wish I could give the gun back to Colter and tell him to try again and put me out of my misery," Deserae said.

She then told the defendant, "Welcome to hell. I have been here for a year now."

Peterson wiped tears as she spoke. The crime has likely ruined his life, he said at the hearing, but it pales in comparison to what happened to Turner.

"You wanted to kill. I was an easy target and took the bullet," Deserae told Peterson. "You should never be allowed out of prison."

"The nightmares of our dreams are bad, but the nightmare of our reality is just as bad," Turner's mother said.

Defense attorney Mike McGinnis said Peterson is not a monster but was depressed at the time of the shooting and gave in to peer pressure.

"I think Colter is a good kid who did something really horrible," the lawyer said.

Prosecutors, however, said Peterson had threatened to kill another girl in 2014 and tried to lure her to a cemetery at night because he thought she was annoying.

Peterson and another teen friend concocted a plan in February 2017 while playing video games and discussing their desire to "get rid" of Turner, who was messaging Peterson, prosecutors said.

The pair lured her to a dry canal bed, where she was shot and then left near Smithfield, about 90 miles north of Salt Lake City, prosecutors said.

Turner was found alive after an overnight search.

She was hospitalized for two months and has had hundreds of appointments with doctors since her release.

The second boy, Jayzon Decker, has also pleaded guilty to attempted aggravated murder and felony obstruction of justice. He is set to be sentenced Feb. 7.

The Associated Press does not typically name juvenile defendants, but the teens were ordered to face charges as adults.

Peterson's father asked for the Turner family's forgiveness, saying he loved his son and wasn't sure "what went though his head at that time."

Peterson's mother said she continues to pray for the Turner family, KUTV reports.

"Colter is not an evil person and does have many good qualities about him," she said. "He is a good boy and any parent would be happy to have him as a son."