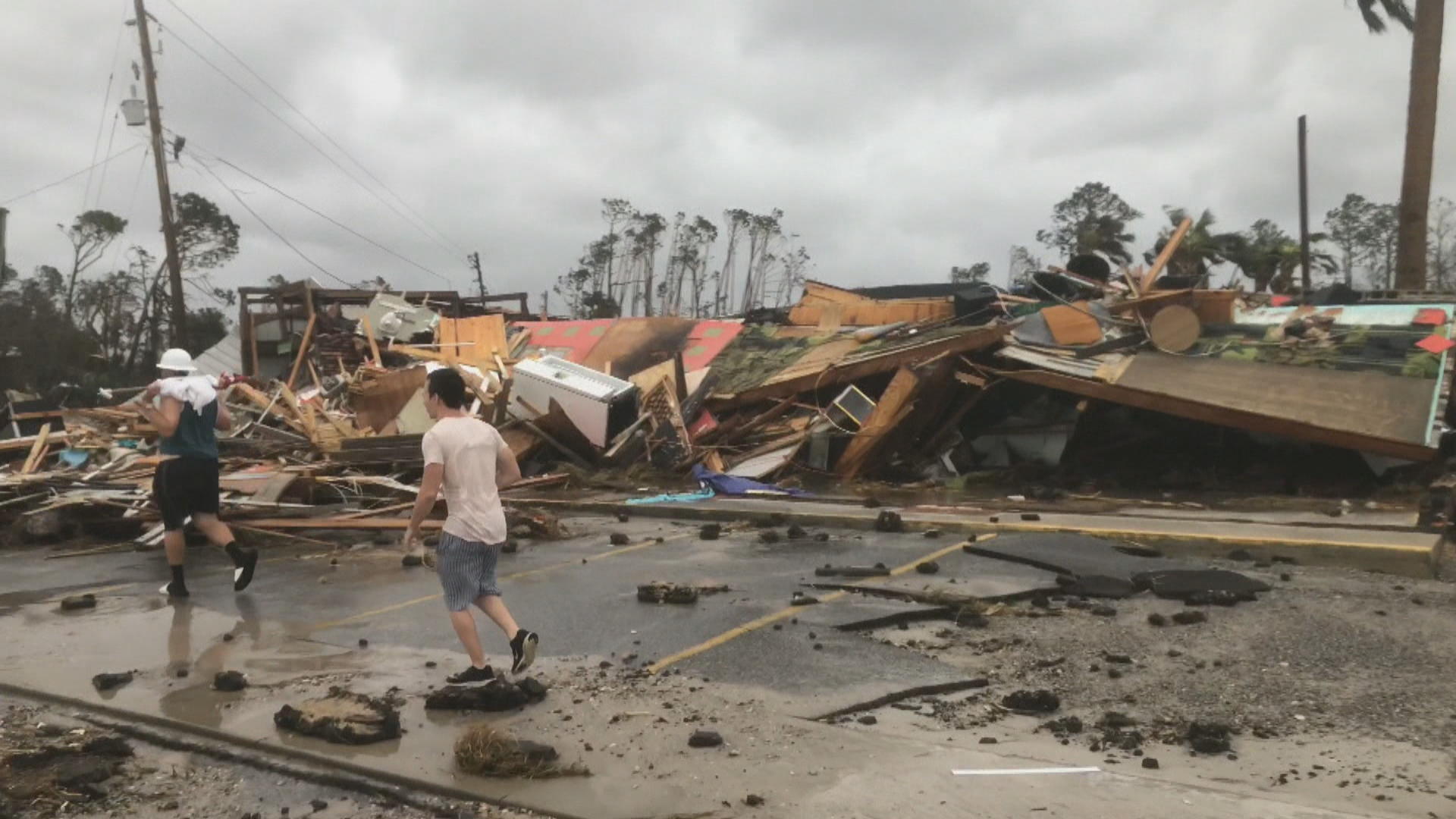 Some of the areas hardest hit by Hurricane Michael include the coastal towns of Port St. Joe and Mexico Beach, where the storm made landfall. Port St. Joe was cut off for hours at the height of the storm. Michael made landfall about 10 miles from there and leveled the entire area, cutting power and downing cell towers, reports CBS News correspondent Omar Villafranca.

More than 650,000 homes and businesses in the Southeast have no electricity. The storm is being blamed for at least two deaths as Hurricane Michael, now a tropical storm, hits the Carolinas with heavy downpours and threatens to cause tornadoes.

With bridges and roads swallowed by storm surge, many who stayed behind were left to fend for themselves until help arrived. After the eye wall passed Port St. Joe, those who rode it out emerged to find a town shredded by the storm.

Michael's force tossed boats ashore, snapped trees in half, downed powerlines across roads and crunched cars together. With devastating 155 mph winds and up to eight feet of storm surge, nothing was left unscathed.

Residents there didn't wait for help to arrive. Neighbors with boats and trucks launched their own rescue efforts, going door-to-door to reach people stranded by high water.

Jeff Pitts and his dog Buddy were picked up after four feet of storm surge flooded his home. Pitts' aunt, Donna Haddock, says her son went to rescue others nearby.

"They have personal friends that are trapped in actually similar but worse situation. Deeper water in their home. So they came to my house and got his boat and they're trying to rescue them now," Haddock said.

Help is coming in from across the state. A caravan of fire crews from Broward and Miami-Dade counties are headed north to join emergency teams already on the ground. PJ Parker, a member of the Miami-Dade Fire Rescue Task Force, and her dog, Bodhi, are close behind.

For many of those South Florida rescue teams, this will be their second deployment to a disaster zone in less than a month. They just got back from search and rescue operations in the Carolinas after Hurricane Florence devastated that region. Some of them had just returned home Monday, but Michael forced them to pack up again within 48 hours.