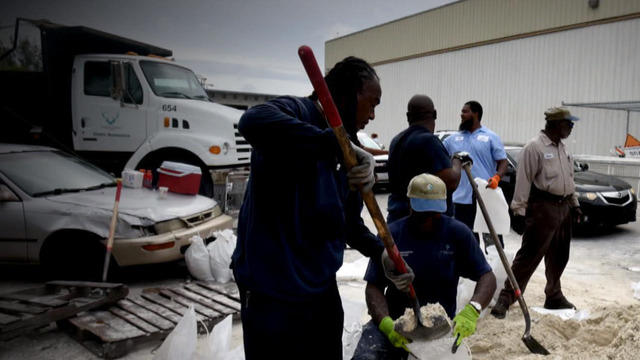 Governor Rick Scott says Florida’s “been ready” for Hurricane Matthew, the first Category 3 storm to hit the state since Wilma in 2005.

The governor said 22,000 people have evacuated to the state’s more-than 150 shelters and 3,500 National Guard members are there. The state is providing preposition assets – food and water -- and seeking additional resources from the federal government, including generators and tarps.

The governor is hopeful. Still, he urges everybody to “take care of yourselves” and evacuate if necessary

“I can’t send in first responders to save you in the middle of the storm. You’ve got to act responsibly and take care of yourself and your family,” Scott told “CBS This Morning” Friday.

According to officials, people who refused to evacuate from central Florida’s Atlantic coast are now calling for help, as the hurricane’s western eyeball brushes past Cape Canaveral, the AP reports.

Brevard County Emergency Operations spokesman David Waters said one family called in after their roof was blown off their home on Merritt Island.

Waters said he has talked to other families who have said things like, “We’re scared. We wish we hadn’t stayed.”

Scott told “CBS This Morning” that his biggest concern is public safety.

Florida has also begun restoring power in the southern part of the state, after the hurricane eliminated power in some 400,000 homes. Still, the governor said “we still have a long way to go,” and urged residents to get access to power generators but with precautions.

“If you’re using a generator, you’ve got to keep it outside. Don’t use it inside your house, don’t touch down power lines,” Scott said. “We’re going to have a lot of trees down, there’s going to be down power lines. Don’t touch them, don’t drive or walk in standing water.”

Jobless Americans on why they're unemployed