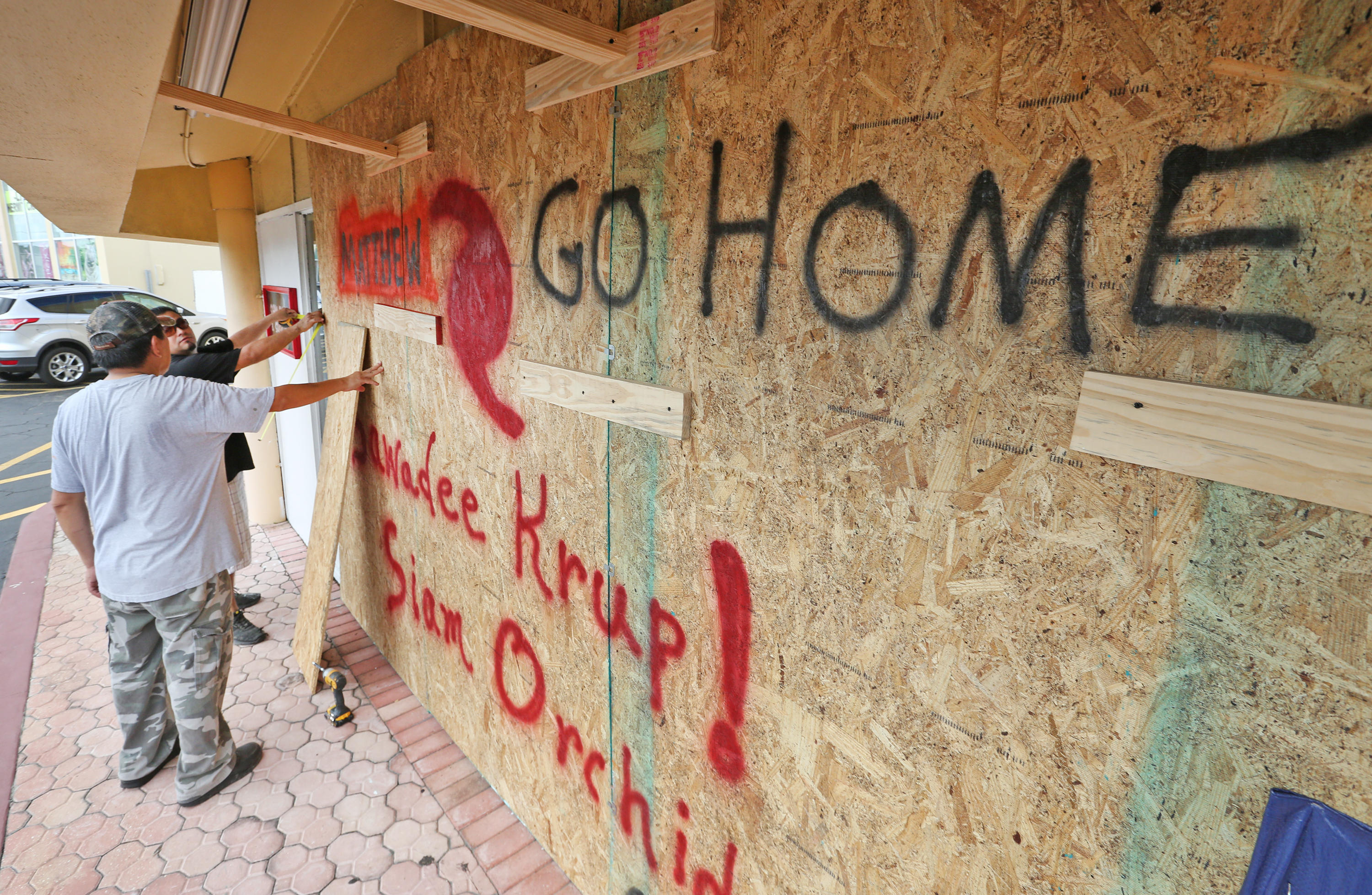 Hurricane warning and watch zones expanded northward overnight for Hurricane Matthew, the most powerful hurricane to threaten the Atlantic Coast in more than a decade. It’s on track to pound Florida as a Category 4 storm Thursday, where more than 1.5 million people have been urged to evacuate as the state prepares for a possible direct hit.

Outer rain bands have already arrived in Florida and a hurricane warning is in place for the state’s Atlantic Coast and into Georgia. Up and down Florida’s east coast, storm preparations are in full swing, reports CBS News correspondent Manuel Bojorquez.

“This one, I just think we’re due. And that’s the reason I’m just trying to make sure everything’s good,” said one resident.

Store shelves are emptying. Gas stations are running out of fuel.

“I’ve already been to three gas stations that have shut down because they’re out of gas,” said another resident.

And businesses are boarding up to protect them from the high winds and heavy rain Matthew is expected to bring.

“Now that there’s a little bit of a higher chance for us to get hit then you know, it is time to be 100 percent prepared,” said another resident.

On Wednesday, the governor said the evacuation could be the largest Florida has ever seen.

“If you know you’re going to evacuate, don’t wait to evacuate. Get out now. It could be the decision between life and death,” said Florida Governor Rick Scott.

The last time Florida took a direct hit by a Category 3 hurricane or higher was by Wilma in 2005. The storm caused nearly $17 billion in damage in South Florida alone.

With Matthew approaching, air travel into South Florida has ground to a halt. The storm has already forced nearly 1,600 flights to be canceled through Friday, but at least one airline hopes to resume full operation in South Florida Friday afternoon.

The hurricane watch extends well into South Carolina, which is expected to start feeling Matthew’s effects by Friday night. About a half million people along the state’s coast have been ordered to evacuate, and homes and businesses aren’t taking any chances, reports CBS news correspondent Errol Barnett.

Sandbags are in record demand, with more than 10,000 being filled and distributed daily. People boarded up windows and closed shops before evacuating from the coast Wednesday.

Governor Nikki Haley is taking every precaution in ordering a massive evacuation. Traffic built up along Interstate 26, the main route out of Charleston.

To reduce delays, state troopers reversed all of the interstate’s east-bound lanes, creating a one-way, six-lane freeway that stretches more than 100 miles from Charleston to Columbia. That’s in addition to South Carolina’s established network of hurricane evacuation routes.

A fleet of over 300 school buses were brought in to shuttle people to more than 30 shelters set up across the state. At least 1,100 National Guardsmen are now on duty helping folks prepare.

How can a parent forget a child in the car?

The violent knockout game has become increasingly popular around the country