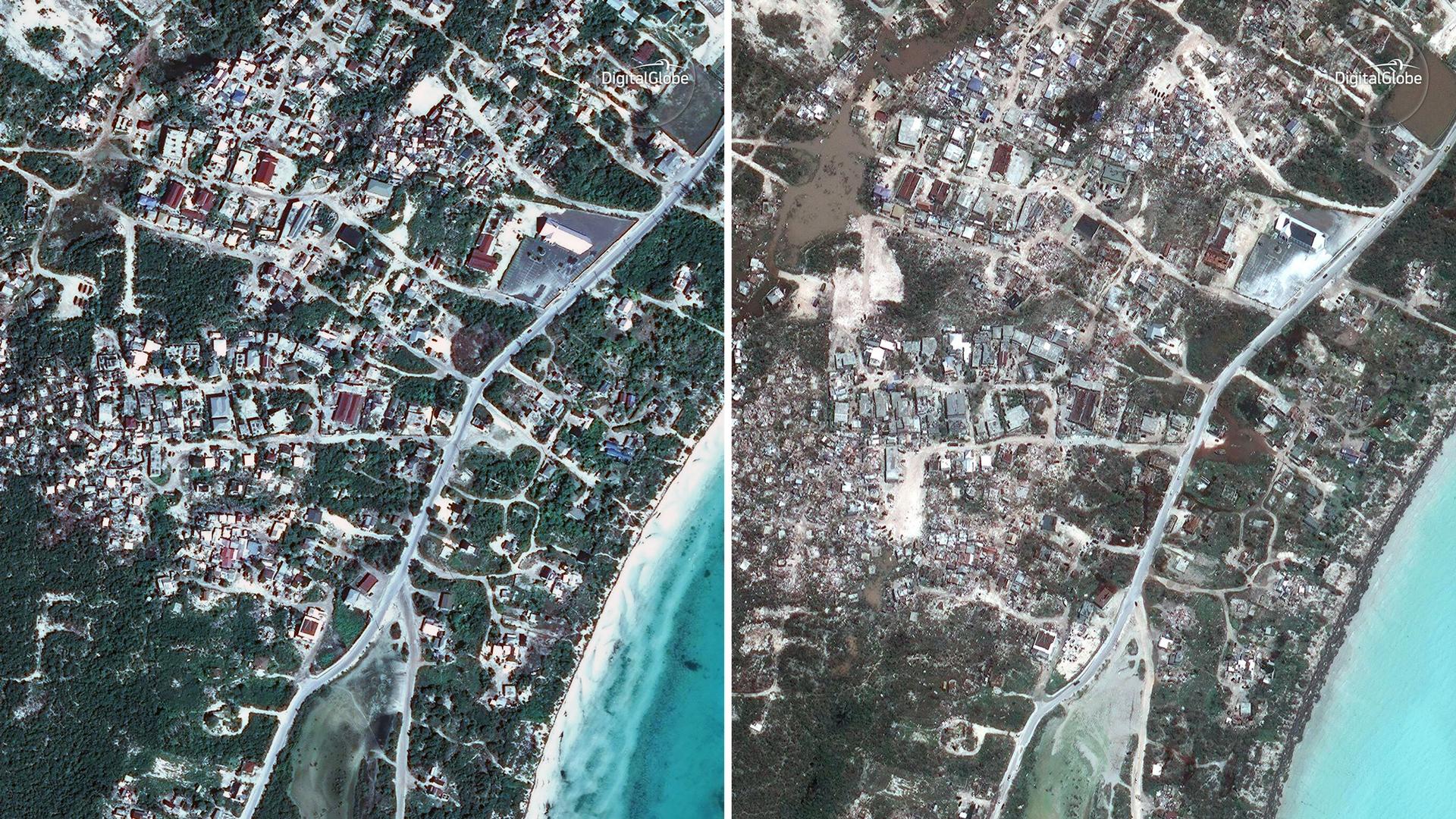 Newly released satellite photos show the widespread destruction left by Hurricane Irma in the Caribbean islands over the weekend.

Before Hurricane Irma churned its way to mainland U.S., it killed dozens of people, left residents and tourists without power and resources, and severely damaged homes and buildings throughout the islands.

A common sight after Irma was also the "browning" of lush green vegetation usually found in the Caribbean. NASA says it happens when tropical vegetation is ripped away by a storm's strong winds, leaving satellites with a view of a more bare ground. It also occurs when salt spray whipped by a hurricane can coat and desiccate leaves still on trees.

Satellites captured scenes of the devastation Irma inflicted on some locations in the Caribbean, including Tortola in the British Virgin Islands, Turks and Caicos, Saint Martin, Sint Maarten and Barbuda.

Check out the gallery below to see the satellite photos highlighting the profound destruction by Irma.