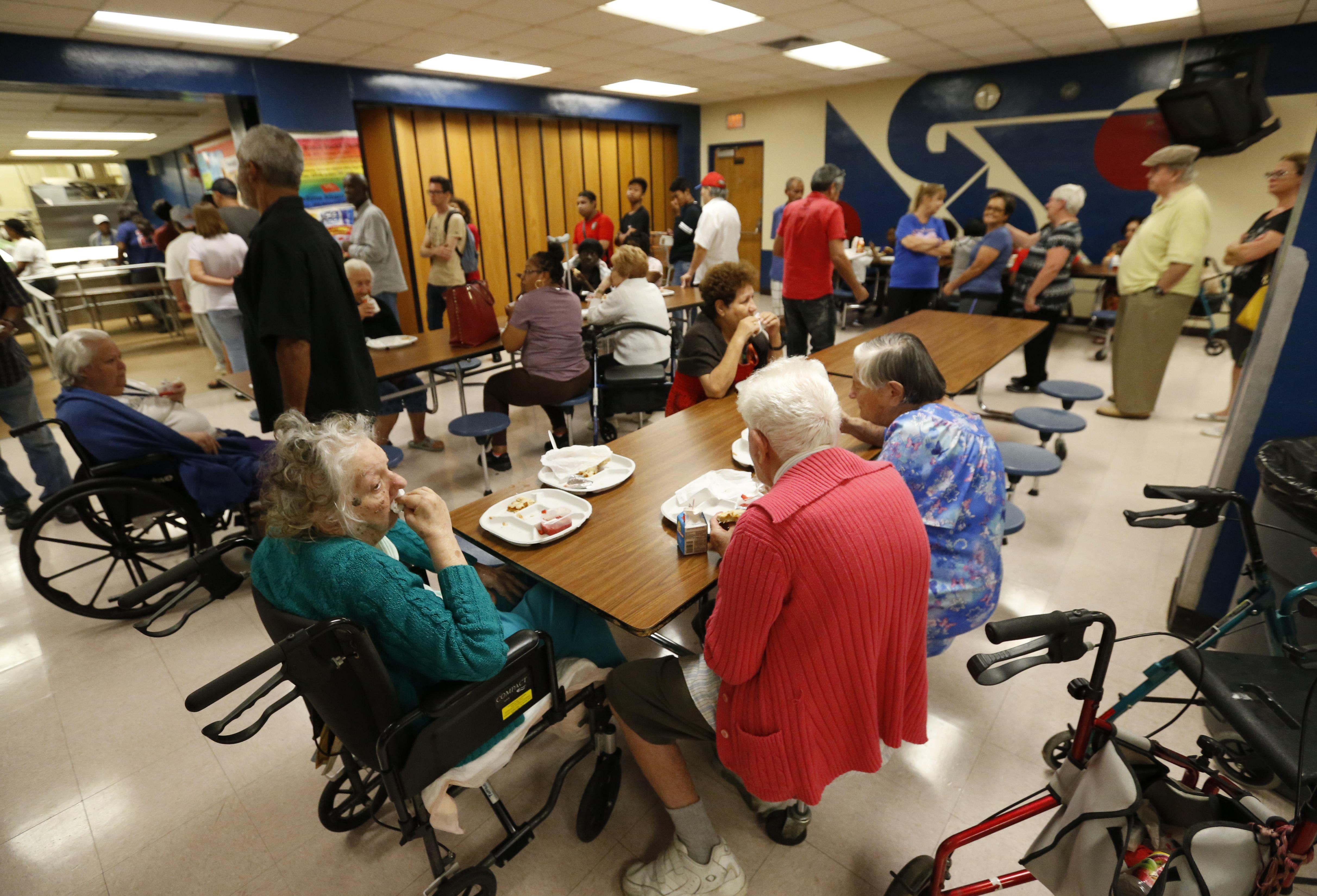 As Hurricane Irma closes in on Florida, experts urge every precaution be taken to make sure one vulnerable population is not forgotten: senior citizens.

According to the U.S. Census bureau, nearly 1 out of 5 Florida residents is age 65 or over — the highest proportion of any state — and health officials warn they may face special difficulties in an emergency situation.

Irma has been fluctuating between a powerful Category 4 and 5, and after ravaging through the Caribbean it's expected to impact South Florida Sunday morning. Mandatory evacuations have been ordered for the Florida Keys and parts of Miami-Dade County, as well as Savannah and other coastal areas of Georgia. FEMA estimates about 2.5 million Florida homes are in flood-hazard zones, including many in the densely populated cities of Miami, Miami Beach and Fort Lauderdale — communities that are home to a great number of senior citizens.

Officials are preparing for the worst, including when it comes to the storm's potential effects on public health.

"The biggest challenge from a health standpoint in these storms… is making sure those folks with chronic illnesses and chronic diseases are able to hook back up with their providers," Health and Human Services Secretary Tom Price said at a FEMA briefing Friday morning. "When you get displaced from your pharmacy, when you get displaced from your doctor or clinic for a period of time then those chronic health challenges get more acute. And that's the biggest challenge we see over time."

For safety, first and foremost, officials say it's imperative that people living in mandatory evacuations zones evacuate. Relatives and neighbors should be in touch with elderly friends and loved ones to make sure they are evacuated safely.

Evacuees should be sure to bring along all of their medications, health insurance cards, and a list of their health conditions, prescriptions, and emergency contact phone numbers. That's good advice for anyone, but especially important for older adults who are more likely to have chronic medical conditions that require multiple medications.

The American Geriatric Society recommends having at least a three- to six-day supply of medications on hand. CBS News medical contributor Dr. David Agus said it's better to play it safe and pack up more — enough for two weeks —in a waterproof bag.

"You need weeks of medicines," he said on "CBS This Morning." "All too often, people go for a day or two's supply, but if this goes on longer, like we expect, you need your medicines there."

People who are not in evacuation zones but still in Irma's potential path should also be prepared with all the medications they may need during and after the storm. In addition, experts recommend taking a number of other basic precautions.

"Making sure there's access to clean water is very important. Sometimes the water supply gets contaminated during emergencies. If you're staying put, make sure you have containers with clean water that is protected," Maria Torroella Carney, M.D., chief of geriatric and palliative medicine at Northwell Health on Long Island, New York, told CBS News. Carney was the health commissioner of New York's Nassau County during Hurricane Irene in 2011 and played a vital role in deploying a mobile medical unit from Northwell Health during Superstorm Sandy in 2012.

FEMA recommends having enough water for several days in case you are not able to leave your home due to flooding or blocked roads. The suggested amount is at least one gallon of water per person, per day.

Non-perishable food that is accessible and easy to open, as well as batteries, flashlights, an emergency whistle, basic hygiene products like toothpaste, toilet paper and soap, an emergency first-aid kit, and some cash should also be on hand.

Additionally, Carney recommends wearing sturdy clothes and shoes. "We found during Hurricane Sandy people cut their feet and skin because of the debris, so really make sure you have protective clothes and footwear," she said.

In case an emergency occurs during a natural disaster, Carney advises making sure you have some way of alerting others to your presence.

"A flag or having a bright flashlight to shine in time of need as a way to call out is what I would recommend. But of course, we want to try to prevent that from happening," she said.

In areas where mandatory evacuations have been ordered, there's a good chance help might not be able to come, so it is important to listen to all local instruction and leave the area or get to a shelter ahead of time.

Finally, health officials urge individual with elderly neighbors to check in with them before a potential disaster like Irma strikes.

"There is a growing population of individuals that I refer to as 'elder orphans,' or people who are aging alone that may not have nearby family members or anybody at all. It's these individuals I worry about. They're almost hidden right in our backyards," Carney said.

If you can, help these individuals with preparations or an evacuation plan if necessary. If you're unable to do that, consider contacting your local fire or police station to let them know there's a person in need of assistance.