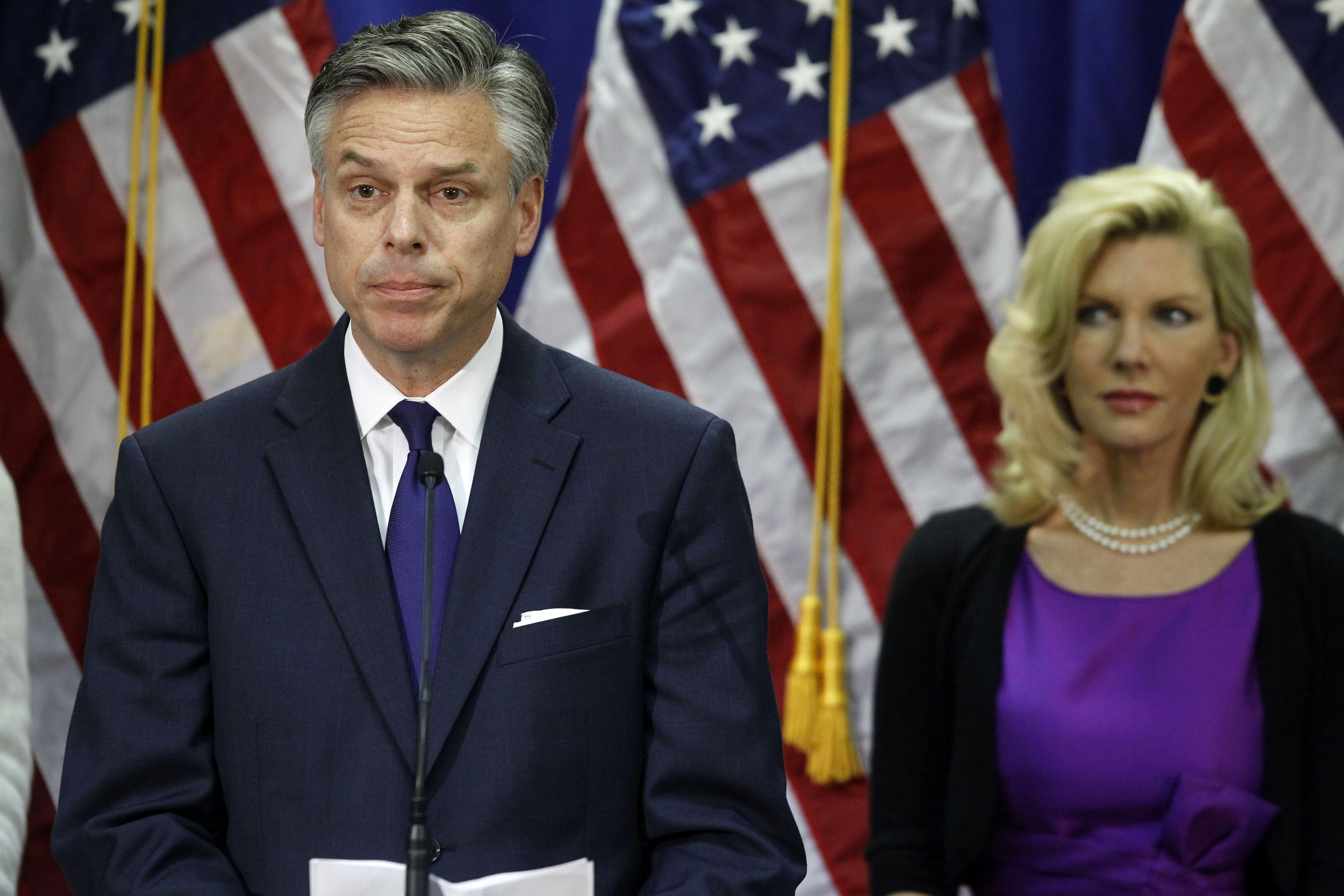 Former Utah Gov. Jon Huntsman on Monday formally suspended his campaign for the Republican presidential nomination and threw his support behind Mitt Romney, calling him the candidate best poised to beat President Obama in November.

"I believe it is now time for our party to unite around the candidate best equipped to defeat Barack Obama," Huntsman said from Myrtle Beach, S.C. "Despite our differences and the space between us on some of the issues, I believe that candidate is Mitt Romney."

Huntsman also admonished the other Republican presidential candidates for the attacks they've launched at each other in recent weeks, arguing that "the current toxic form of our political discourse" will not help the Republican party appeal to the American people.

"This race has degenerated into an onslaught of negative and personal attacks not worthy of the American people and not worthy of this critical time," Huntsman said. He called on the candidates to stop attacking each other and instead talk to the public about the party's conservative ideas aimed at creating jobs and stimulating the economy.

Huntsman himself had criticized Romney over the course of the campaign. For instance, one day before the January 10 New Hampshire primary, Huntsman called Romney "unelectable" after Romney said he "liked being able to fire people."

In a statement Monday, Romney said he appreciated Huntsman's support and said Huntsman "ran a spirited campaign based on unity not division, and love of country."

Huntsman had staked his entire campaign on performing well in New Hampshire, but he finished in a disappointing third place there, behind Romney and Rep. Ron Paul. He did manage to gain some traction in the Granite State -- going from a blip in the polls to 17 percent support -- but that momentum wasn't carrying over to South Carolina. Polls in the Palmetto state showed that Huntsman was stuck in fifth or sixth place with single-digit support.

Like Romney, Republican voters have been skeptical of Huntsman's conservative credentials. The former Utah governor served as U.S. ambassador to China in the Obama administration and has taken relatively moderate positions on issues like climate change.

But while Huntsman's campaign stalled, Romney's bid for the GOP nomination gained steam. He won both the Iowa caucuses and the New Hampshire primaries -- an unprecedented move for a non-incumbent Republican presidential candidate -- and now leads in polls in South Carolina, which votes on January 21.

In spite of Romney's momentum, his remaining GOP opponents appear ready to keep up the fight. R.C. Hammond, a spokesman for former House Speaker Newt Gingrich, said in response to reports of Huntsman's exit from the race, "With Governor Huntsman dropping out, we are one step closer to a bold Reagan conservative winning the GOP nomination."

Former Sen. Rick Santorum, meanwhile, dismissed Huntsman's endorsement of Romney as a "moderate backing a moderate." On CBS' "Face the Nation" on Sunday, Santorum said Romney fails to present a sufficiently "stark contrast" to Mr. Obama, and said that if Romney were to win the nomination he would consider it "malpractice on the part of the primary voters."

Santorum is hoping to gain momentum in South Carolina after winning the support of about 150 social conservatives who met over the weekend and decided to back the former senator.

Texas Gov. Rick Perry, meanwhile, has been aggressively campaigning in South Carolina after opting to skip campaigning in the more moderate state of New Hampshire.