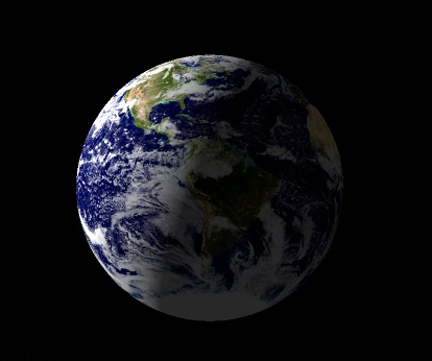 As of Tuesday, the Earth's ecological budget for the year has maxed out. For the rest of the year the planet will operate on an ecological deficit. And it's only August.

So claims the Global Footprint Network, which calls today "Earth Overshoot Day," its annual estimate of when human consumption exceeds the planet's ability to regenerate its resources for the year.

The sustainability think tank acknowledges that the date is only a rough approximation, and something of an arbitrary factoid.

"It's a bit of a gimmick, I admit," said the group's president Mathis Wackernagel, in a phone interview from Switzerland.

"It's not that tomorrow I won't be able to eat potatoes anymore."

But, he said, it's meant to make a point: Humanity is using resources faster than the Earth can replace them. According to the group's analysis, it would currently take one and a half Earths to renew the resources humanity consumes.

The release warns that if current trends continue, humanity will require the resources equivalent to two planets before 2050.

"We believe this is a risk that is under-appreciated by most risk assessors," said Wackernagel. "And that's dangerous."

While it is the poor who are most exposed to the risks posed by evaporating resources, said Wackernagel, the group's release highlights more wealthy countries as having some of the highest per capita impact on the problem.

"If everybody were to live like United States residents today, it would take four Earths to support the global population," the group states.

"In Qatar, the typical resident requires the resources of six and a half Earths."

The group estimates that more than 80 percent of the world lives in what it calls "ecological debtor" countries, which consume more resources than their ecosystems can renew.

There are "ecological creditors," which demand less than their ecosystems can provide, but, the group warns, even the reserves of such countries like Brazil, Indonesia and Sweden are shrinking.

It's a trend, Wackernagel said, that could have major geopolitical consequences.

"As we are moving into a more resource-constrained world, having a biocapacity reserve -- being an ecological creditor -- will have evermore economic advantage, and having the opposite will be more of a liability," said Wackernagel.

"It's like musical chairs, as you have fewer resources, you have more conflict."

The Global Footprint Network calculates the date of each year's Earth Overshoot Day with a seemingly simple formula: They divide the amount of ecological resources the planet is able to create for a given year by humanity's demand for that year, and then multiply by 365.

Based on that formula, Earth Overshoot Day has arrived three days earlier each year since 2001.