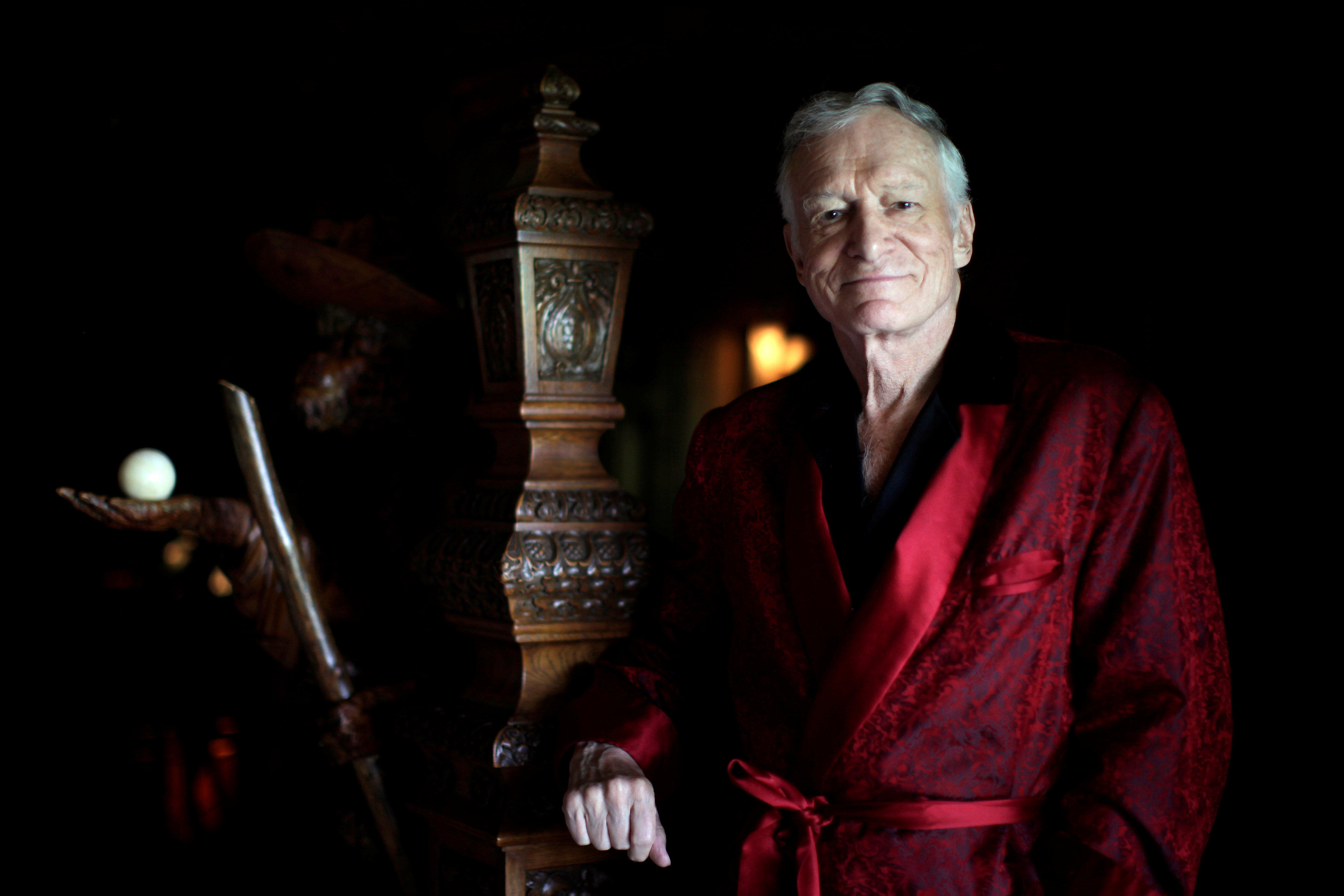 Hugh Hefner, who founded Playboy magazine, which he described as being there to "ignite the flame that became the sexual revolution," has died, the magazine said Wednesday. He was 91 years old.

Hefner died at home, surrounded by loved ones, according to a press release from Playboy. The magazine said he died from natural causes.

In an interview with "CBS Sunday Morning" in 2010, Hefner told Bill Whitaker that he took "some pride" that the magazine had been at the forefront of the sexual revolution.

"The very nature of Playboy and my life, I think I touched very close to the heart of things that are controversial in America -- you know, sex and wealth and success," Hefner said. "And throwing a good party."

His son, Cooper Hefner, credited his father as living "exceptional and impactful life as a media and cultural pioneer and a leading voice behind some of the most significant social and cultural movements of our time in advocating free speech, civil rights and sexual freedom."

"He defined a lifestyle and ethos that lie at the heart of the Playboy brand, one of the most recognizable and enduring in history. He will be greatly missed by many, including his wife Crystal, my sister Christie and my brothers David and Marston, and all of us at Playboy Enterprises," Cooper Hefner said.

Hugh Marston Hefner was born in Chicago in 1926. He thought he'd be a cartoonist. But when he was 27, he started his own magazine.  Heffner told CBS Sunday Morning that he wanted to call it "Stag Party," but changed it to something that sounded more upscale.

"Playboy" launched in 1953 with Marilyn Monroe wearing nothing but a come hither look -- and the magazine quickly became a movement. Eisenhower's America was shocked, and titillated, and changed forever.

Women were warned from the first issue: "If you're somebody's sister, wife, or mother-in-law," the magazine declared, "and picked us up by mistake, please pass us along to the man in your life and get back to Ladies Home Companion."

Playboy proved a scourge, and a temptation. Drew Barrymore, Farrah Fawcett and Linda Evans are among those who have posed for the magazine. Several bunnies became celebrities, too, including singer Deborah Harry and model Lauren Hutton, both of whom had fond memories of their time with Playboy. Other bunnies had traumatic experiences, with several alleging they had been raped by Hefner's close friend Bill Cosby, who faced dozens of such allegations. Hefner issued a statement in late 2014 he "would never tolerate this behavior." But two years later, former bunny Chloe Goins sued Cosby and Hefner for sexual battery, gender violence and other charges over an alleged 2008 rape.

But Hefner wanted the magazine to be more than just naked pictures. He was an rebel at heart, and he spent decades tearing down barriers.

At a time when America was black and white, Hefner's earliest TV shows (such as "Playboy's Penthouse") brought the races together, casually and comfortably, as if to say, Doesn't everyone live like this?

In the '60s when Playboy franchises in Miami and New Orleans refused to admit black patrons, Hefner bought back the licenses to those clubs at a loss, said filmmaker Brigitte Berman, made the documentary, "Hugh Hefner: Playboy, Activist, Rebel." "And then had whoever -- black, white, doesn't matter -- everyone was welcome."

"We know about the sexual revolution," Hefner said. "People are less aware of the part I played related to racial equality, gay rights, the changing of drug laws. We were the amicus curiae, friend of the court in Roe v Wade. It gave women the right to choose."

Hefner added that he was a strong advocate of First Amendment, civil rights and reproductive rights and that the magazine contained far more than centerfolds. Playboy serialized Ray Bradbury's "Fahrenheit 451" and later published fiction by John Updike, Doris Lessing and Vladimir Nabokov. Playboy also specialized in long and candid interviews, from Fidel Castro and Frank Sinatra to Marlon Brando and then-presidential candidate Jimmy Carter, who confided that he had "committed adultery" in his heart. John Lennon spoke to Playboy in 1980, not long before he was murdered.

The line that people read Playboy for the prose, not the pictures, was only partly a joke.

Playboy's clubs also influenced the culture, giving early breaks to such entertainers as George Carlin, Rich Little, Mark Russell, Dick Gregory and Redd Foxx. The last of the clubs closed in 1988, when Hefner deemed them "passe" and "too tame for the times."

By the 1990s, sex was moving from magazines to computer screens. Playboy came to be seen as a relic of an earlier time. Circulation dwindled, playboy clubs closed.

By then Hefner had built a $200 million company by expanding Playboy to include international editions of the magazine, casinos, a cable network and a film production company. In 2006, he got back into the club business with his Playboy Club at the Palms Casino in Las Vegas. A new enterprise in London followed, along with fresh response from women's groups, who protested the opening with cries of "Eff off Hef!'"

The twice-married, twice-divorced octogenarian was unabashed proponent of Viagra.

"Couldn't have had seven girlfriends without Viagra," he said. "I don't want to create the false impression that I am partying on the same level that I did back in the 1970s -- had multiple girlfriends for a period of time ... I'm very happy."

Hefner told Whitaker he would like to be remembered "as someone who played an important part in changing the social-sexual values of my time."