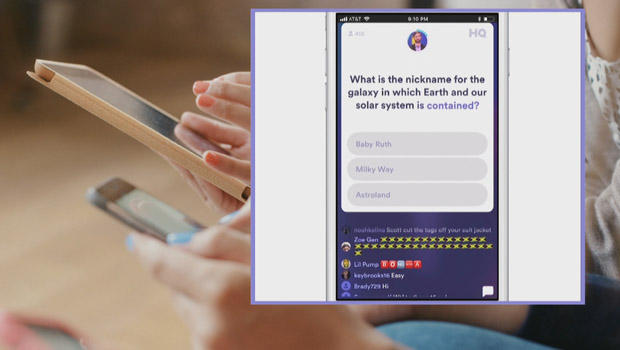 Now trending ... the quiz show that lets you phone it in.

Not that we're necessarily recommending you play it, but here's how it works: Twice each weekday, at 3 p.m. and 9 p.m. Eastern Time (just 9 p.m. on weekends), comedian Scott Rogowsky welcomes thousands of participants to a lightning-fast trivia game.

Twelve questions of increasing difficulty quickly follow, with just ten seconds to tap in each answer.

Get a question right, and you move on to the next. Get one wrong and you're out.

By Question Twelve the thousands who began have dwindled down to a precious few.

Those who make it through split the cash prize.

From just a handful of players at its August launch, the number of competitors has soared exponentially, hitting 355,000 during one game last Sunday.

So how big is the number of HQ players likely to grow before the game peaks? Consider that the THIRTEENTH question!