(MoneyWatch) Hewlett-Packard (HPQ) will write off $8 billion in goodwill in its services business this quarter and shake up the group's management. The move is just the latest indication that the energy and money that HP had put into building a consulting arm, much as IBM has profitably done, has not paid off the way management and the board had thought.

HP has put significant resources behind starting its consulting business, including a string of acquisitions since 2004, culminating in the 2008 $13.9 billion purchase of Electronic Data Systems (EDS). In the year it acquired EDS, HP added nearly $11 billion in goodwill to its balance sheets, almost all due to the acquisition. It was a 50 percent increase at the time. The current write-down would be nearly 72 percent of what HP recognized when it acquired EDS.

In its most recently reported quarter (ending April 2012), the services division had $8.8 billion in revenue, which was roughly flat, year over year. However, earnings before taxes for the division were $997 million, down more than 27 percent year over year. The departure of Visentin suggests that services in the quarter that ended in July may also have taken a significant financial hit.

CEO Meg Whitman and the board are under considerable pressure to end the long period of poor performance that HP has seen. 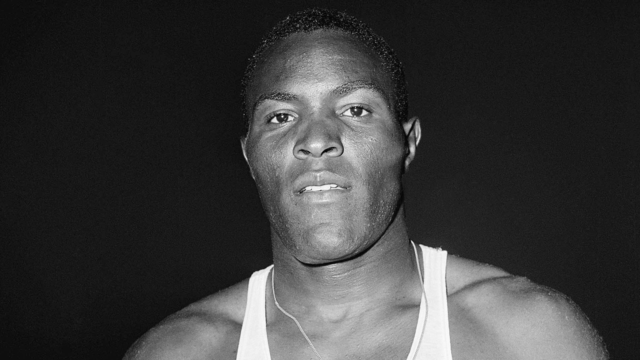 Johnson was among the world's greatest athletes from 1955 through his Olympic triumph in 1960, winning a national decathlon championship in 1956 and a silver medal at the Melbourne Olympics that same year.

Johnson was among the world's greatest athletes from 1955 through his Olympic triumph in 1960, winning a national decathlon championship in 1956 and a silver medal at the Melbourne Olympics that same year.