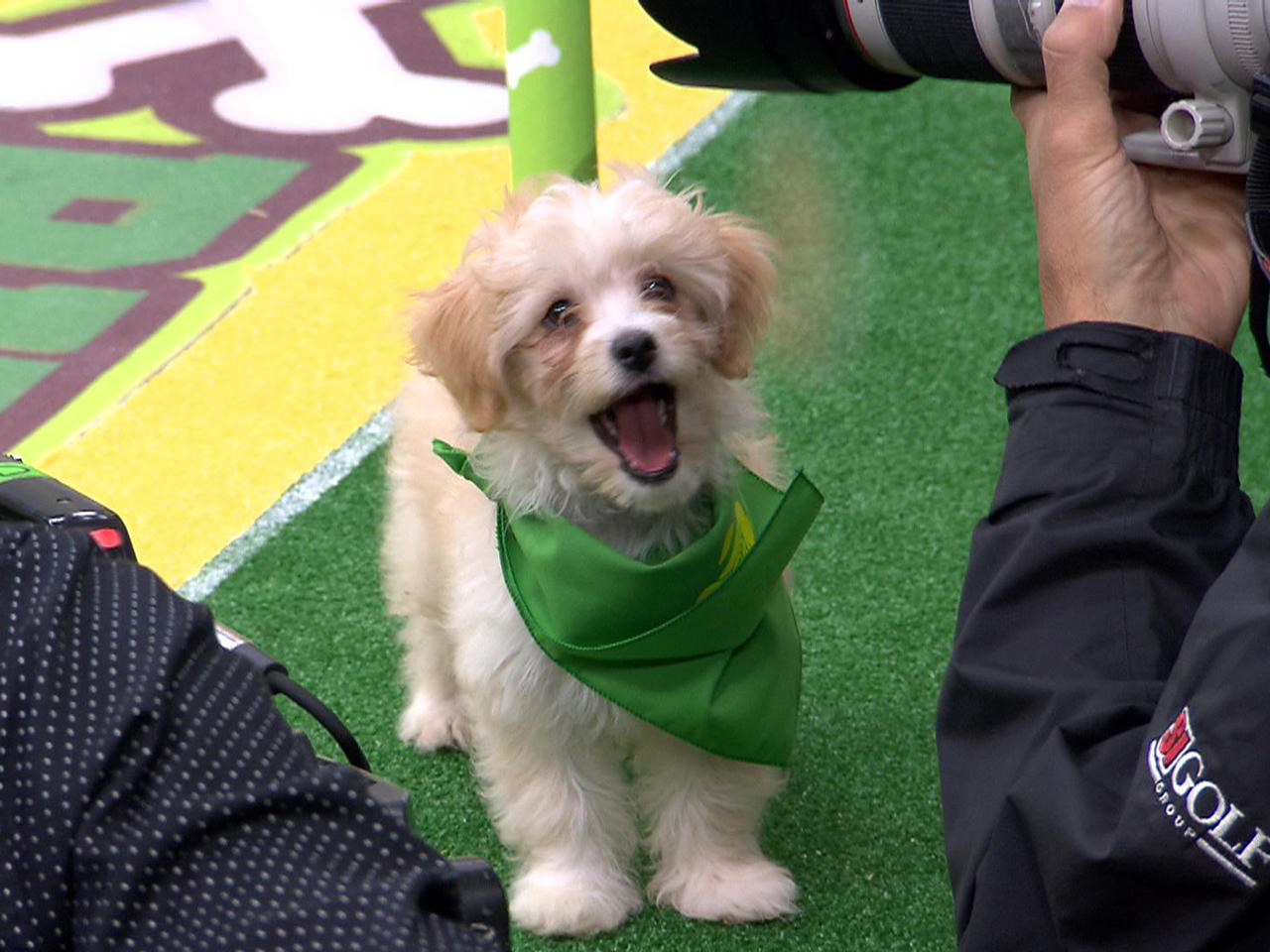 The Puppy Bowl returns Sunday afternoon ahead of the Super Bowl, with 90 good boys and girls battling it out in the 14th edition of Animal Planet's annual pregame show.

This year's puppies come from 48 shelters around the country and from Mexico -- where Mango was found, on the streets of Puerto Penasco, by a rescue organization called Compassion Without Borders. He was brought to their shelter in California, before making the trip to the Puppy Bowl -- a trip that would change his life.

The Puppy Bowl is Animal Planet's most popular show of the year, and has come to inspire the "Puppy Bowl effect," when shelters report a spike in interest following the yearly broadcast.

Here's how to tune in to this year's Puppy Bowl.