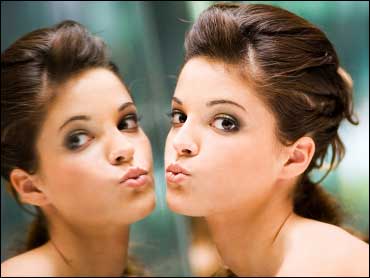 Self-absorbed narcissists can ruin your day, but a new study suggests an easy way to detect one: Just ask.

That's because truly narcissistic people don't see the character trait as a flaw and are more than willing to admit to it, say researchers from Ohio State University.

"People who are narcissists are almost proud of the fact," study co-author Brad Bushman, a professor of communication and psychology. "You can ask them directly because they don't see narcissism as a negative quality -- they believe they are superior to other people and are fine with saying that publicly."

The finding has a real academic purpose, because there are numerous checklists psychologists use now to help spot a narcissist, which Bushman's team defined as a person who is "egotistical, self-focused and vain."

These checklists typically require people to answer a series of questions. In fact, one commonly used method, the Narcissistic Personality Inventory, involves 40 questions and measure various components of narcissism, including vanity, exhibitionism, exploitativeness, authority, superiority, self-sufficiency and entitlement. That survey may take around 13 minutes to complete, the Ohio researchers noted.

But Bushman's team conclude that asking, "To what extent do you agree with this statement: 'I am a narcissist,'" reliably identifies narcissistic people in just 20 seconds.

The researchers posed this question (along with a note defining narcissism) to more than 2,200 people of various ages who participated in 11 different experiments. Participants rated themselves on a scale of 1 ("not very true of me") to 7 ("very true of me").

How people answered the query was in keeping with the results of other methods used to identify narcissism, the study revealed.

Gaining a better understanding of narcissism has many implications for society, the researchers said. Narcissists, for example, do not have much empathy for others -- a key motivator for charitable behavior.

"Overall, narcissism is problematic for both individuals and society," Bushman said. "Those who think they are already great don't try to improve themselves. And narcissism is bad for society because people who are only thinking of themselves and their own interests are less helpful to others."

Although their one-question approach may be useful in certain situations, it may not always be a good replacement for longer narcissism evaluations, the study's authors pointed out. More extensive surveys can provide important details, such as the type of narcissism someone has.

The study was published online Aug. 5 in the journal PLOS ONE.