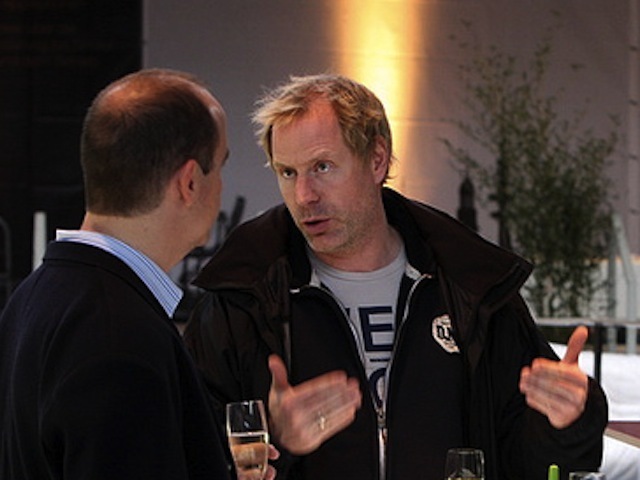 (MoneyWatch) COMMENTARY If you could only hear yourself, you'd know that things don't always come out the way you intend. You'd also understand that, sometimes, you sound like an idiot. Don't take that the wrong way; it's true of everyone, from time to time, albeit some more than others.

What got me thinking about this is a comment to one of my posts on a LinkedIn group. The guy was trying so hard to get attention, sound smart, beat his drum, indulge himself, who knows what. But he was caustic, condescending, and contradicted himself, all in the same paragraph. As a result, he really came across like a real idiot.

What's sad about that is it was a written comment. Had he read it with an open mind, perhaps putting himself in the reader's shoes before sending it, he never would have hit the send button. Or maybe he would have anyway, which highlights just how fast and easily you can destroy your reputation and credibility these days.

The truth is we all do that sort of thing from time to time. I know my mouth and fingers sometimes get ahead of my better judgment. Also I'm not as self-aware as I'd like to be. I bet that describes a lot of you, if you're willing to admit it.

In any case, once something comes out of your mouth or you hit the send or post button, it's out there for your boss, coworkers, employees, potential employers, customers, and more often than we realize, the entire world to see. You own it forever.

The good news is I used to run marketing and communications for a few public companies, so I've made a career and lifelong habit of ensuring that what I say and write has both impact and as few unintended consequences as possible. Here's how:

Don't communicate for your own benefit. The expression you often hear is, "He likes to hear himself talk." People talk and write all the time for all sorts of reasons that have nothing to do with communication. We do it to get attention, to relieve stress, to take out our anger or act out, because we're bored or lonely, it's a long, long list. Here's the thing. Don't do it.

Keep your emotions in check. At least be self-aware or aware of your emotional state. Know what you're feeling and why before you interact with others. That was probably the issue with our commenter example above. The inherent contradiction -- playing both sides of the argument -- is a clue that he sought to engage me. Attention seekers and control freaks do that sort of thing all the time. Also, when we're down or stressed and aren't aware of the cause, we often take it out on others, and that absolutely bleeds into the way we communicate.

Consider the response. The funny thing about communication at a distance -- email, voicemail, comments, especially what I characterize as "one-to-many" communication -- is that there's a mistaken feeling that it's a one-shot deal, sort of a shot across the bow. We rarely consider that recipients may shoot back and there may be unpleasant repercussions. Get into the habit of considering the response before you rant or flame somebody. When you feel a rant coming on, get it out of your system by talking to a friend or your spouse.

Discipline, discipline, discipline. The key to effective communication is to make it a priority, a way of life. That means discipline. Once you say, send or post something dumb, you literally can't take it back. Once you make that mistake once or twice -- as I did, long ago -- that should be enough to make you more cautious. Nevertheless, it always comes down to discipline. It's a connected world. Don't abuse it or burn your connections. That could lead to a very poor and lonely existence, that's for sure.