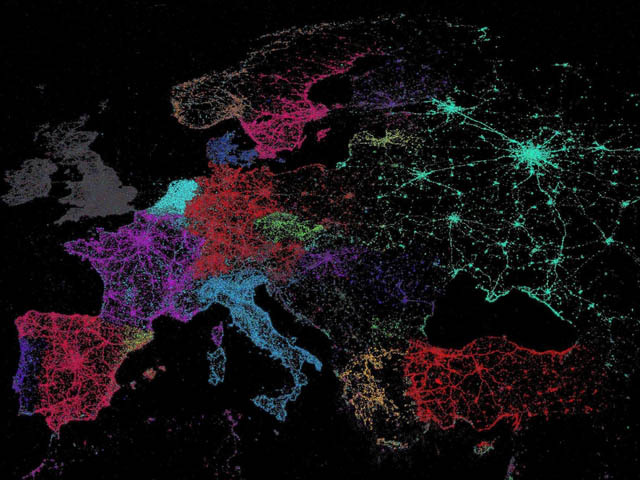 We all know that the Internet is becoming less of an American (and Anglo) playpen and now there's a graphic representation to illustrate that fast-evolving story.

Google includes code in its Chrome browser that can determine the language of the web page and then ask whether you'd care to have it translated. That provided an opening for Mike McCandless who subsequently extracted the so-called Compact Language Detector software - which Google has open-sourced. Eric Fischer then applied the data to Twitter to generate a couple of stunning images tracing the use of the micro-blogging service around the globe.

"There are a lot of near-identical colors for different languages because I was optimizing for maximum distinguishability of languages used near each other rather than for global uniqueness," Fischer noted on his Flickr account. "The exception is English, which is in gray because it is so common almost everywhere that it threw off the process of choosing the other colors." Frank Jacobs has more about the respective breakdown by language here.