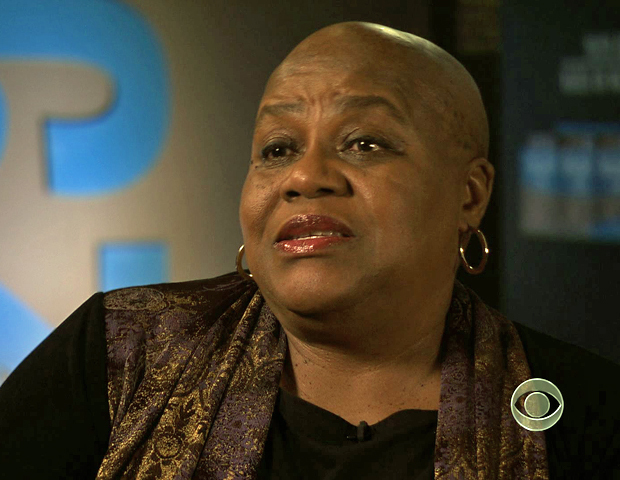 (CBS News) The civil rights movement is marking the 50th anniversary of one of the most famous speeches in American history on the Mall in Washington. But it wasn't always the spoken word that rallied the troops.

They endured beatings, fire hoses and arrests -- regular people who came together and changed a nation.

And through it all, there was song.

Watch Dr. Reagon explain the song "We Shall Overcome" to Jan Crawford:

"The songs we were singing actually echoed where we were," said historian Bernice Johnson Reagon.

Reagon was a leader of change -- a protester in her home state of Georgia -- before joining the Freedom Singers, which toured the country in 1963. They were up on stage for the March on Washington singing "We Shall Not Be Moved."

Reagon said the music also was a battle cry.

Demonstrators were armed with song -- peaceful, yet still forceful and defiant. Even an old children's Sunday school song, "This Little Light of Mine," became a protest.

"Most people," said Reagon, "say it's a child's song -- 'this little light of mine, I'm going to let it shine' -- is really a charging lightning song."

Watch Dr. Reagon talk about another song, "This Little Light of Mine":

Reagon said she didn't appreciate the song's power until she sang it in jail with other protesters after a mass arrest following a demonstration.

Behind bars, she said, singing was crucial.

"Most of the time we sang," she recalled. "Sometime there would be a prayer. But singing was the constant."

The music had a familiar sound -- old spirituals sung during slavery or from hymn books at church but the words sometimes changed to fit the movement. "We Shall Overcome," the theme song for the movement, originally was "I Will Overcome".

Singing, Reagon said, was as elemental as eating or breathing "because we are a singing people and that's in the culture. It's no different than talking. There is no different than seeing. It is that essential to your strength and your sanity."