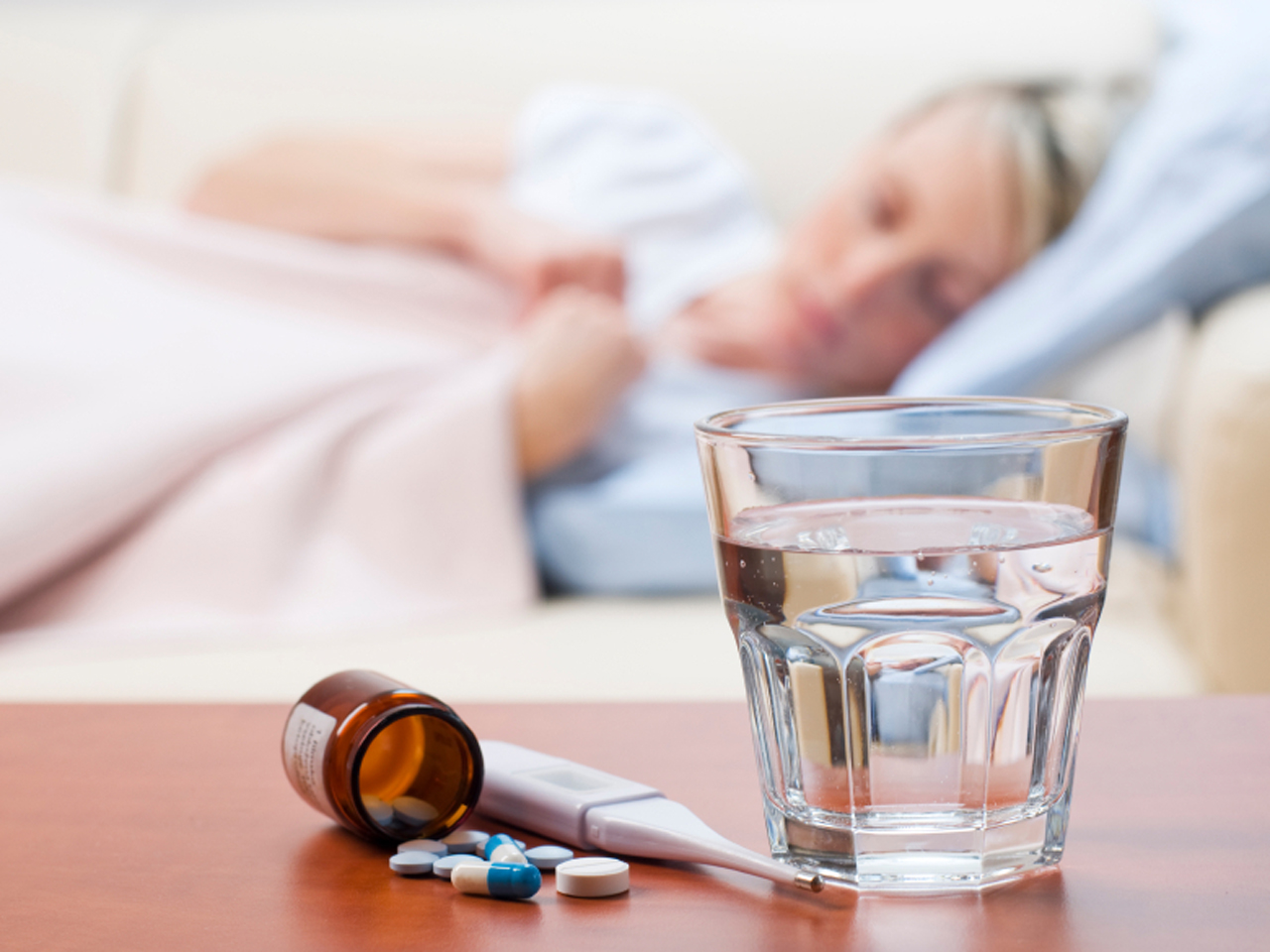 It's beginning to look a lot like flu season for parts of the United States.

As sniffles and feverish chills fill the air, doctors are reminding people that if they're sick they shouldn't go to work. Not only will they not be at their peak job performance, they risk spreading the infectious disease to others.

A recent nationally-representative survey of more than 1,000 people conducted by Kimberly-Clark Professional showed that 59 percent of people still go to work when they are sick.

The survey also revealed that men and those in the Midwest and the Northeast are the most likely to head to work when they are under the weather. Women, those who live in the West, and those 65 and older were more likely to call in sick and keep away from others.

Three out of 10 people said they go to work when ill because what they do is too important to the functioning of the company, and one in five said they went to work because there was too much piling up.

But Gerba, who also works as a paid spokesperson for Kimberly-Clark Professional, pointed out that no matter how important people might be to their jobs, they could spread germs that make other employees -- who are also invaluable to the operation -- sick.

Germs are easily spread when people's unwashed hands touch commonly shared surfaces like the coffeemaker or elevator buttons. Droplets from coughs or sneezes can also infect random areas. These viruses can last anywhere from a few hours to up to a month, Gerba said. Unsuspecting, healthy people then touch these surfaces, and the cycle of illness continues.

Many people debate if they are too ill to go to work, but Gerba notes that if you are starting to feel symptoms, that is when you are most likely to be contagious. Medications may make you feel better, but they too may lead to a drop in your work quality.

"This is when you just get a fever and are starting to feel under the weather. And if you go to work in this state, any medication you take will interfere in how well you do your job," she explained.

Catherine Cummins, a health sciences assistant clinical professor at the University of California-Irvine School of Medicine, added to WebMD that going to work when you have symptoms can actually make you even more ill.

"We see a lot of worsening symptoms because people will just not stop and rest. They want to go; they want to be able to do everything that they normally do," Cummins said. "What they don't understand is that they're pushing themselves to the point where they're actually a lot sicker at the end of two to four days than they would have been if they had just taken that first day off and let their body fight the infection."

If you are healthy but others around you at work are sick, there are some measures you can take to protect yourself. Gerba suggested washing your hands often, for 15 to 20 seconds each time, and then drying them with a clean paper towel. This alone can reduce the spread of germs by up to 77 percent, she said. If there is no water around, use instant hand sanitizer if available.

People can also use disinfectant wipes to clean surfaces, which has been shown to reduce viruses by up to 62 percent, Gerba said.

A study published in June in the Journal of Environmental Health showed that95 percent of people are wash their hands incorrectly. The proper way to wash your hands is to wet your hands with clean, running water and apply soap liberally. Rub the hands together to make a lather while scrubbing them, including the backs of the hands, between the fingers and under the nails. Keep this up for 20 seconds or, as the CDC recommends, singing the "Happy Birthday" song twice. After, rinse your hands under running water and dry them with a clean towel or hand dryer.

While the vast majority of responders to the new survey said they washed their hands after using the bathroom to avoid getting sick, 21 percent of those surveyed admitted that they didn't wash their hands after coming in contact with a sick co-worker.

"There are three key steps individuals can take to stop the spread of germs -- wash, wipe and sanitize," Gerba said.