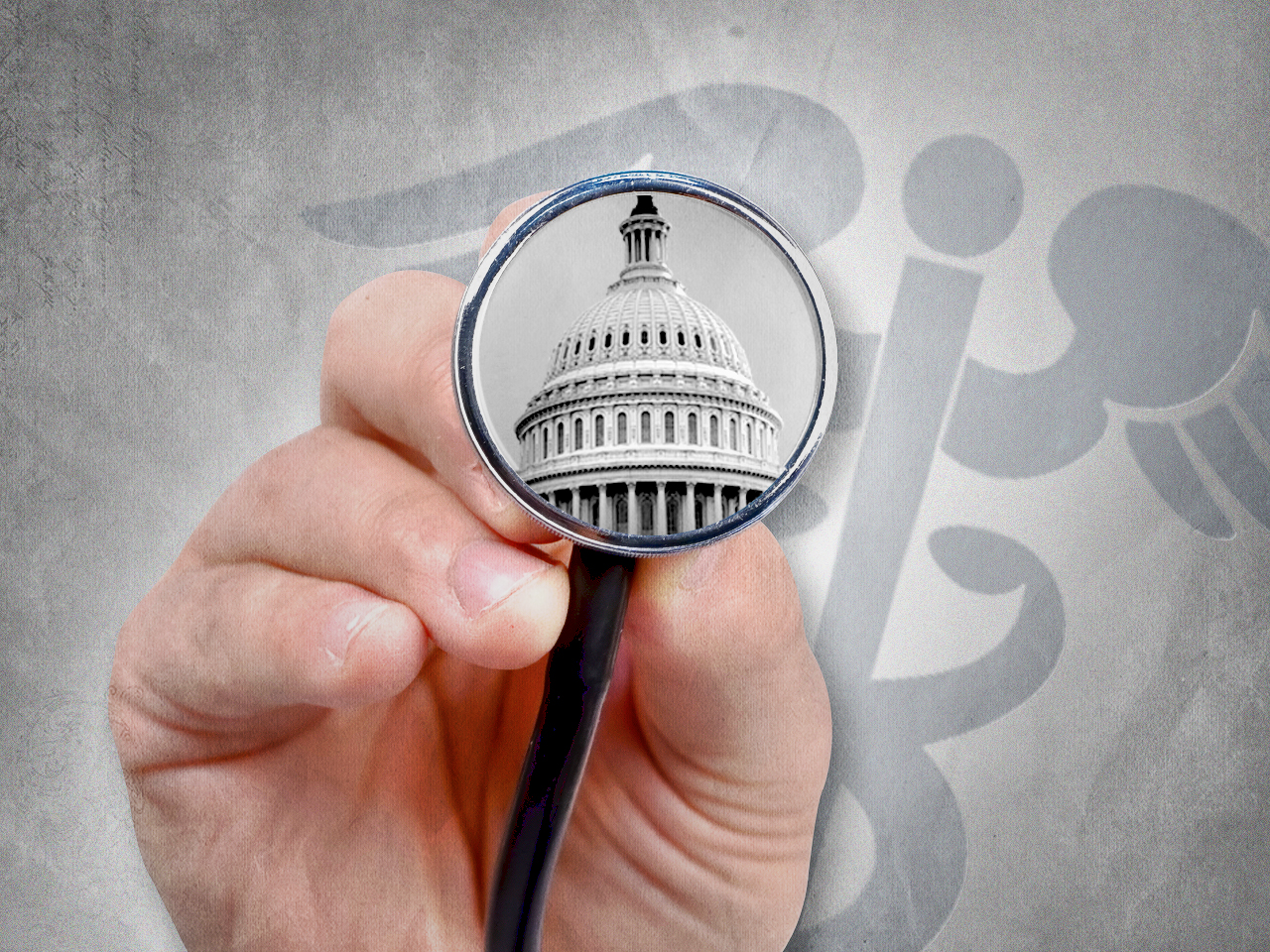 For Senate Democrats running this year in Republican-leaning states, their struggle with how to deal with Obamacare's unpopularity left them biting their nails a bit harder after President Obama announced Tuesday that the health care law hit its 7 million enrollment goal.

While the White House continues touting the benefits of the law, polls consistently show more Americans disapprove of Obamacare -- a disconnect that's not helping as Democrats try to fire up voters in their effort to fend off a potential Republican takeover of the Senate.

But at a time when the economy is overwhelmingly viewed as the most important issue that the country faces, Obamacare could be the deciding issue of the midterms if Democrats allow it to be, pollsters and strategists in both parties say.

"I don't think 7 million is going to make anybody think twice about Obamacare," Neil Newhouse, a veteran Republican pollster who worked for Mitt Romney's campaign in 2012, told CBS News. "The Obamacare issue is about intensity. Republicans hate it. And Democrats are kind of lukewarm about it. It's a battle of turning out the vote."

Celinda Lake, a Democratic pollster, has broken with some in her party by saying that candidates should neither embrace Obamacare nor run away from it -- Democrats should run on a promise to fix it.

"Fix it, don't nix it, if you will. People should talk about the fact that there are parts of Obamacare that work and parts that need to be fixed, and that Democrats will be aggressive about fixing it," Lake told CBS News. "Because we shouldn't start all over again, and we shouldn't cancel the policies of 7 million people."

The Republican budget plan outlined last week by Wisconsin Rep. Paul Ryan gives Democrats an opening, Lake said, much like it did in 2012. Ryan calls for repealing the Affordable Care Act, as well as tweaking Medicaid and Medicare, proposals that many Americans don't agree with, Lake argues.

As for why Obamacare is such a lightning rod for Democrats in Republican-leaning states, Kentucky may provide the best example.

More than 360,000 people have signed up for a private insurance plan or Medicaid using KyNect, the state's exchange - 75 percent of whom were uninsured before last October -- which is considered a rousing success. Yet about half of Kentucky voters still want Obamacare repealed, even though KyNect is part of the health care law.

"This race is one about putting the people of this state first, and I speak for myself and don't need any other surrogate to do that," Grimes told MSNBC in February when asked whether she wanted Obama to campaign with her. "I stand in stark contrast to the president in many of his ideas and platforms."

Yet even with KyNect's successes, Grimes' strategy toward the health care law hasn't changed.

"What we've said all along is that obviously KyNect has been successful across Kentucky, but that the law isn't perfect and that what we need are common sense solutions," Grimes adviser Jonathan Hurst told a Louisville radio station. "What Alison has always said is Democrats and Republicans need to come together to fix the law. Obviously any good news is good news."

Taking a similar tack is Sen. Mary Landrieu, D-La., a vulnerable Democrat in a state where Mr. Obama lost by 17 points in 2012 and where 53 percent of voters disapprove of the health care law, including Republican Gov. Bobby Jindal, Landrieu defended Obamacare last week.

"[Tuesday's] enrollment confirms what I have said since Day One - the Affordable Care Act holds great promise and is getting stronger every day," Landrieu said in a statement.

Some Democrats say the strategy to admit Obamacare's flaws but tout its successes may be the right mix.

"Saying, 'Listen, it's not perfect, but there's a lot of good there,' is the right approach," said Tad Devine, a Democratic strategist.

Perhaps more importantly, strategists argue, red state Democrats must succeed in shifting the focus from health care to the economy and jobs, which explains the party's current strategy to campaign on income equality. If Republicans are able to turn health care into the central issue of the campaign season, they will win, both Lake and Newhouse agreed.

"You better damn well pray that there is a third issue you can use, because you're not going to win in a red state on Obamacare," Newhouse said. "The election is going to revolve around other issues, like the economy. So it's not just about Obamacare, but Obamacare helps set the stage for Republicans and Democrats in this election."