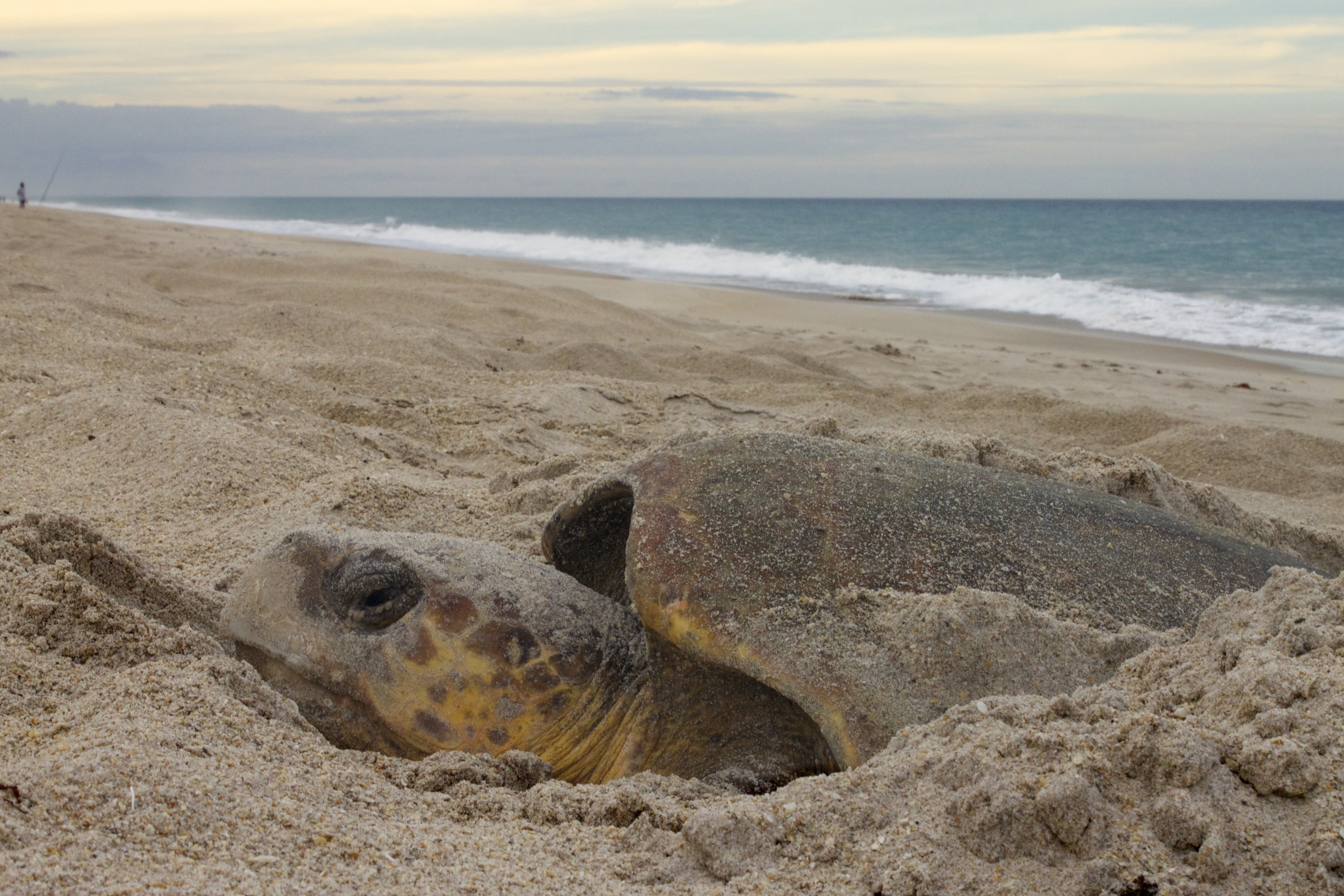 Loggerhead turtles are the marine world's ultimate vagabonds, crisscrossing the oceans soon after they are hatched only to return to the same stretch of beach years later to nest.

Scientists have long tracked their epic migration routes covering thousands of miles and turned up plenty of evidence that after years of traveling far and wide, female turtles return to sites where they were born to lay their eggs. But it has remained a mystery how loggerheads found their way home to these natal beaches.

Now, J. Roger Brothers and a colleague Kenneth Lohmann at the University of North Carolina, Chapel Hill, believe they have the answer. A study they published Thursday in Current Biology found that the turtles are using the Earth's magnetic field as a GPS system of sorts to guide them through the oceans.

"From this vast, featureless expanse of nothing, they can detect the Earth's magnetic field and get an idea of where they are in their migration and on the planet and use that to navigate," Brothers told CBS News.

To investigate their theory, the researchers analyzed a 19-year database of loggerhead nesting along the eastern coast of Florida, the largest sea turtle rookery in North America. They found a strong association between the spatial distribution of turtle nests and subtle shifts in the Earth's magnetic field, which varies depending on latitude.

Brothers said researchers know from previous work that turtles can detect Earth's magnetic field at sea but that the "physical basis for how they are detecting the field is still unknown."

"For turtles, the most likely explanation is that there are tiny magnetic particles in their brain made from the same material that we use to make compass needles," he said.

"Those particles will then respond to Earth's field providing the physical basis for the sense," he continued. "But conclusive evidence either way is still lacking. Part of that is because the particles could be very tiny and also because the Earth's field can go through all kinds of materials like tissue and muscle. They could be potentially located anywhere on the animal's body."

Loggerheads are found throughout the world and are the most common sea turtle in U.S. waters. But they face a myriad of threats due to their globetrotting ways, including getting caught in fishing nets and losing their nesting sites to development. They are listed as threatened in the United States and endangered internationally.

Conservationists said protecting these nesting sites -- there are some 90,000 nests each year in the United States alone -- are crucial to their survival. Throughout the nesting season, females crawl out of the water, dig three to five nests and deposit 100 to 150 eggs in each. They do that three to five times a year, every two to three years, for their entire lives.

"The only way a female turtle can be sure that she is nesting in a place favorable for egg development is to nest on the same beach where she hatched," Brothers says. "The logic of sea turtles seems to be that 'if it worked for me, it should work for my offspring.'"

David Godfrey, the executive director of the Sea Turtle Conservancy, said there "has been good science" showing the role that the magnetic field plays in turtle navigation. But he said there have to be other factors in choosing a suitable nesting site, given that so many sites in Florida have been disrupted by sea walls, night lighting and the construction of piers.

"In every county for which he looked at data he seems to find that nesting is concentrated or spread in areas where there have been magnetic shifts," said Godfrey of Brothers. "I would be surprised that they adhere to that model so predictably. The reason is that there are so many variations in conditions on nesting beaches. I see firsthand turtles change nesting behavior every single night."

Brothers agreed that magnetic field alone could lead turtles to sites that had long ago been replaced by condos or islands or where the magnetic signature might have moved off into the water. He believes they would still use the magnetic field to direct them near the nesting site and then use other senses like smell -- which is how salmon return to their natal streams -- to find a suitable site.

"We don't think this is the only thing they are using and they will navigate to a nest with a specific magnetic signature with disregard for everything else," he said. "If there is a huge condo or something else changes on the beach that makes it unsuitable, they will certainly leave and go somewhere else."