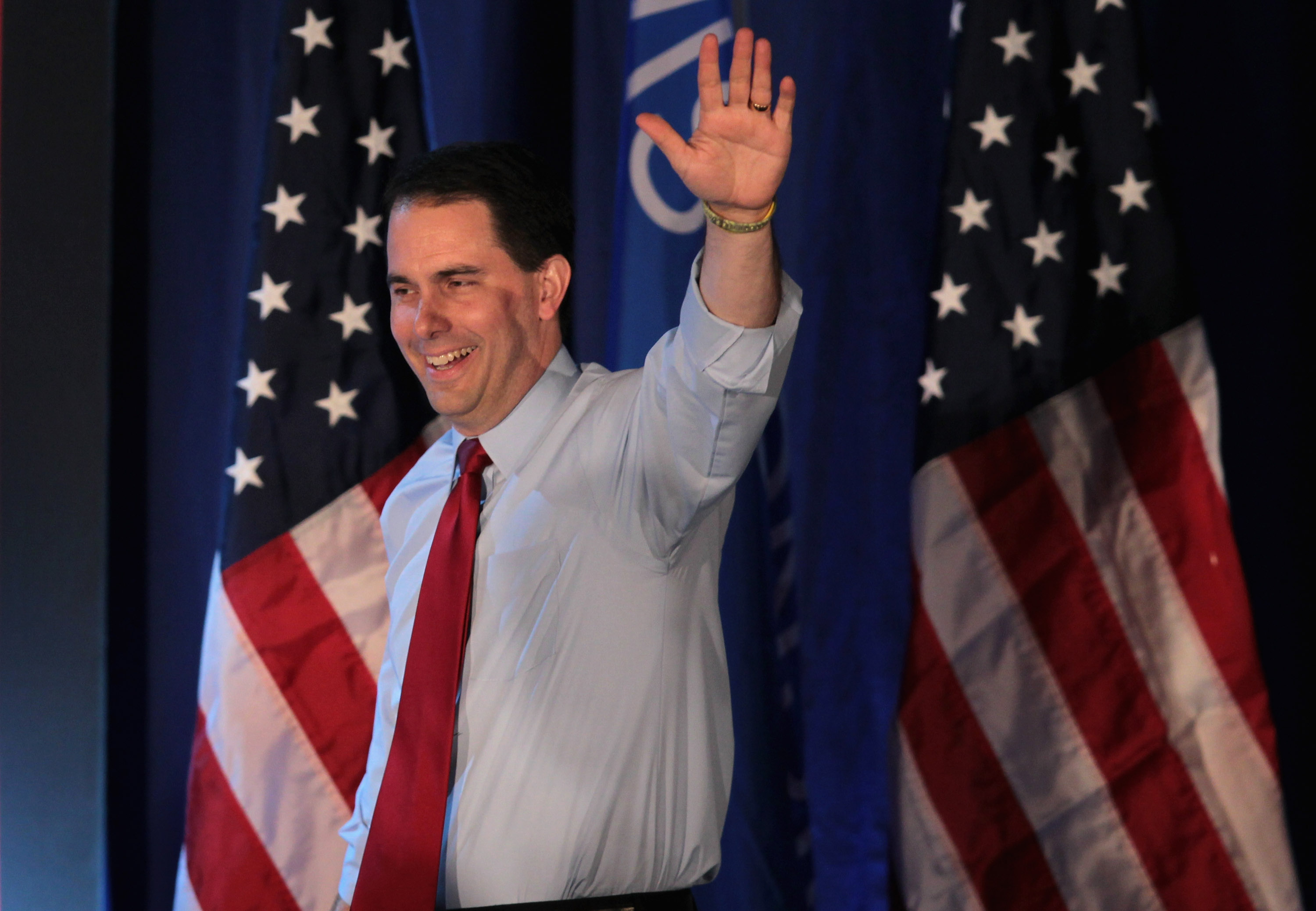 (CBS News) Wisconsin Gov. Scott Walker retained his seat in the election that sought to recall him from office, defeating his challenger Tom Barrett in this election (as he did in the 2010 governor's race). Walker won with strong support from Republicans, conservatives, Tea Party supporters and a majority of votes from independents.

Walker is the first governor in U.S. history to survive a recall election. Gov. Gray Davis of California was recalled in 2003, and in 1921, North Dakota's Governor Lynn Frazier of was ousted due to a recall.

The heated recall race began amid the controversy created when Walker released a state budget proposal that included limiting the collective bargaining rights for public union workers. In response, large demonstrations protesting Walker's plan took place at the state capital building which eventually led to a recall effort. Voters who turned out for this election narrowly supported Walker's handling of the collective bargaining issue: 52 percent approved, and 47 percent disapproved.

Voters were similarly divided when asked about the state law that limited the collective bargaining rights of government workers: 52 percent approved, and 47 percent disapproved.

As expected, those voters who approved of Walker's policies voted overwhelmingly for the governor. Opponents of his policies backed Barrett, the Democrat.

Wisconsin voters were also split in their views of unions for government workers. According to exit polls, 51 percent said they viewed these unions favorably; slightly fewer - 45 percent - held unfavorable opinions.

Walker promised to create 250,000 private-sector jobs in Wisconsin by 2015. According to an April analysis by Politifact, 5,900 jobs have been created since Walker took office. Still, 54 percent of those who voted in the recall election approved of how Walker has handled job creation, while 45 percent disapproved.

Minds were made up about this race long ago. Remarkably, just 8 percent of Wisconsin voters decided on their candidate in the last few days; more than nine in 10 made up their minds before that.

Looking Ahead to November

At this point, nearly all Barrett voters (92 percent) would support President Obama in the fall, while fewer - 76 percent- of Walker voters plan to back the Republican, Mitt Romney. Seventeen percent of Walker's supporters said if the presidential election were held today they would vote for President Obama.

Voters in Wisconsin also give President Obama the edge on improving the economy -- 42 percent said he would do a better job on that issue, compared to 38 percent who picked Romney. By a wider margin, voters said the president would do a better job helping the middle class (46 percent), while fewer (37 percent) gave Romney the upper hand on that.

The economy will surely be on the minds of Wisconsin voters come November. Thirty-six percent of voters in the recall election said their family's financial situation is worse compared to two years ago - nearly twice as many as said better. Forty-four percent said their family finances are the same.

Both candidates received support from similar types of voters as they did in 2010, when they first ran against each other. Women and lower income voters supported Barrett, while men and those with higher incomes voted for Walker.

But independents gave an edge to Walker, giving him 54 percent of their votes compared to 45 percent for Barrett. That is similar to 2010, when Walker received the votes of 56 percent of independents, and Barrett 42 percent.

Thirty-six percent of voters said they are supporters of the Tea Party movement; and 93 percent of them also cast their ballot for Walker.

Barrett also took most of the moderate vote: 44 percent of Wisconsin's voters described themselves as moderate, and Barrett received 54 percent of their support.

Barrett's support was as much an anti-Walker vote it was a vote for Barrett himself. Fifty percent of Barrett's voters said they were voting for Barrett, but another 47 percent characterized their vote as against his opponent Scott Walker.

Among Walker's backers, 88 percent said they were voting for their candidate, not against his opponent.