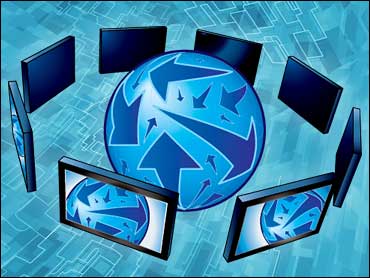 One of the big pieces of advice I have for my non-geek friends is this: Pay for a service to back up your computer's files to a location outside the home. Online backup products, like Carbonite and Mozy, keep copies of your most important technological assets -- your pictures, home movies, and documents -- safe and away from your house. If your computer gets stolen or your house burns down, you'll still have all those precious files.

That's what I believed, anyway, until I heard about Carbonite losing customers' data due to, it claims, defective equipment it bought from one of its technology providers.

Maybe, after all, your data isn't so safe in the "cloud," as Web geeks call online resources for storing data and running programs. Other recent cloud storms are making me re-think my estimation of our online safety. For example, recently a lapse in Facebook's privacy system made it possible for anyone in your social network to see items, like photos, that you had marked as viewable only by your closest online friends.

The unfortunate reality is that no technology is perfect. Even though we expect a backup system to not lose data, and a privacy function on a social network to effectively block the people from our private data as we ask it to, there will be lapses. Our own computers' hard disks will fail, which is why we have backups, but those backups will fail as well. And the secrets we try to keep may slip out due to our real-world friends getting drunk and talking too much, as well as due to a Facebook programmer's blunder.

What can we do?

When it comes to using the Web or the cloud to store important personal data, you're concerned with two things: Reliability and privacy. The Carbonite failure was one of reliability, and Facebook's error was in privacy.

What you can do about reliability is to layer backup systems on top of each other. If you have more than one computer, you can use a synchronization product (like Windows Live Sync, which is free) to make sure that all your computers have copies of all your data. You can also put a hard drive on your network (like an Apple Time Capsule or a Windows Home Server machine such as the HP MediaSmart Server) to backup copies of your files in your house. And you can use an off-site backup app like Carbonite. With enough overlap, your data should be able to survive almost any disaster. Is it worth it? Just ask yourself if you want to explain to your spouse why you no longer have the video of your child's first birthday.

(By the way, there's a creative in-between backup product, called CrashPlan, that backs up your data on another user's machine -- like your mom's -- and also puts their backup data on yours. The data is encrypted. It's a way to keep backups off site, which is good, but still in the family.)

But those controls don't always work. A recent bug at Facebook gave some people access to friends' updates and photos that they should have been prevented from seeing. And again, failures of this type will happen. Not to downplay the importance of this particular Facebook privacy breach, but no social network is perfect. Remember, most Web products are still being invented. Errors will happen. Data that should not get out will.

The advice for dealing with this is not technological, as it is for backups. It's realistic, though: Don't trust the Web with your most private data. Ask yourself, before you post a photo or update online, how embarrassing or awkward it would be if it flew the coop you think you've built around with your privacy settings. Because there's private info, and then there's really private info. There's awkward ("Oh yeah, I did look like a dork back then.") and then there's really awkward ("Honey! She meant nothing to me! It was just one night!")

Putting data anywhere is a risk. But it doesn't have to be a blind one.