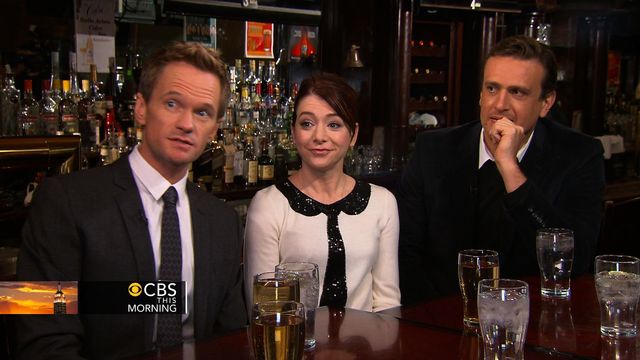 NEW YORK - So now we know how he met their mother.

In its 208th and final episode on Monday, the CBS comedy "How I Met Your Mother" finally revealed the mystery contained in its title and then ended with a twist designed to reward longtime fans.

Actor Josh Radnor's character Ted meets the mom, played by actress Cristin Milioti, on a rainy train platform after his friends Barney and Robin are married.

But in the end, Ted finally wraps up the long, very involved story he has spent nine long seasons telling his children.

The actors had been very tight-lipped on how the series would end, but Smulders had a few comments after a screening in New York on Monday for the movie "Captain America: The Winter Soldier," in which she performs.

Smulders said that after the screening, she planned to go home and watch the finale with friends. She said many of the emotions felt by the characters in the last episode mirrored what the actors were feeling.

"I am personally really thrilled," she said. "The show comes full circle."

So what do you think? Did anything surprise you?