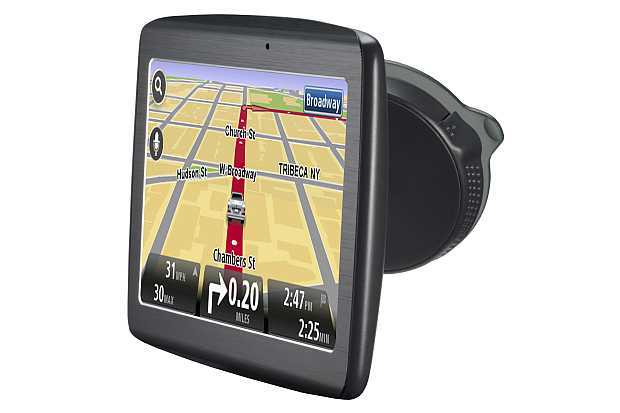 Anyone worried about what location information their phones are gathering might want to scrutinize their car navigation systems first.

Police in the Netherlands have used aggregate data from TomTom's satellite navigation systems to install speed cameras where drivers tend to exceed the speed limit, TomTom said yesterday. The practice doesn't involve any individual data, but TomTom is barring it in the future after customers objected.

The company's sat-nav systems can send position data back to TomTom, and the company uses the information for purposes such as routing people around traffic jams and providing accurate estimates of journey time, TomTom Chief Executive Harold Goddijn said in a statement. The company also shares that data with the government, which can use it to understand where congestion and safety problems occur.

But yesterday, Netherlands press reports revealed that police had also used the information to catch speeders.

That's not OK with Goddjin. In an official company statement on YouTube yesterday, he said:

We learned today police in the Netherlands are using that information to identify road stretches where people in general and on average drive too fast. They use that also to put up speed cameras and speed traps, and we don't like that, because our customers don't like that. We will prevent that type of usage of our data in the future...

Everything we do is on an anonymous basis. We ourselves cannot link that [data] back to an individual device. We cannot link that back to a customer. Nor can the police. What we don't want is unpleasant surprises for our customers who want to help us create that information and make them think, "Is my privacy compromised?"

Location tracking data has been used in individual cases before. For example, one rental car firm used GPS information to administer fines for "dangerous" driving activities such as breaking the speed limit. And there are companies that help law enforcement organizations use phone location data in their investigations.

TomTom's case, though, doesn't pinpoint individual behavior. Given many people's belief that speeding is an acceptable violation of the law as long as they're not caught, though, it's no surprise that TomTom ran into objections.

There's a certain irony to the police use of data from the sat-nav devices. Some models, including some from TomTom, are designed to help drivers avoid speed-trap troubles.

TomTom touts the feature this way: "Your device receives real-time mobile speed camera locations, including reports from other users. It also warns you of other alerts, such as fixed safety cameras and average speed checks for the road ahead. It helps you drive safely and relaxed, saving money on speeding fines."

Location data is a major area of technological change today. Mobile phones, computers, cameras, cars, game consoles, and other devices are gaining the ability to know where they are, judging position based on GPS satellites, Wi-Fi networks, and mobile phone cell towers. That opens up a wealth of new possibilities ranging from navigation and finding friends to locally tailored coupons and travel snapshots that show where they were taken.

But location information can be very sensitive, since it can show where people--including children--actually are located in the real world. Even when services are careful to ask for a user's permission before sharing location data, people often are attracted by the convenience, utility, and fun of online services--and that's when they stop to think about what they're doing before just clicking "OK" on that pesky dialog box getting in the way of what they want to do.

Below is the full letter from Goddjin to TomTom customers:

This is what we really do with your data

When you use one of our products we ask for your permission to collect travel time information on an anonymous basis. The vast majority of you do indeed grant us that permission. When you connect your TomTom to a computer we aggregate this information and use it for a variety of applications, most importantly to create high quality traffic information and to route you around traffic jams.

We also make this information available to local governments and authorities. It helps them to better understand where congestion takes place, where to build new roads and how to make roads safer.

We are actively promoting the use of this information because we believe we can help make roads safer and less congested.

We are now aware that the police have used traffic information that you have helped to create to place speed cameras at dangerous locations where the average speed is higher than the legally allowed speed limit. We are aware a lot of our customers do not like the idea and we will look at if we should allow this type of usage.

This is what we really do with the data:

• We ask for your permission to collect historical data. You can opt in or opt out and can disable the data collection function at any time.

• We make all traffic data anonymous. We can never trace it back to you or your device.

• We turn anonymous data into traffic information to give you the fastest route available and route you through traffic jams in real time.

• We are working with road authorities around the world to use anonymous traffic information to help make roads flow more efficiently and safer.

Our goal is to create a driver community capable of reducing traffic congestion for everyone.