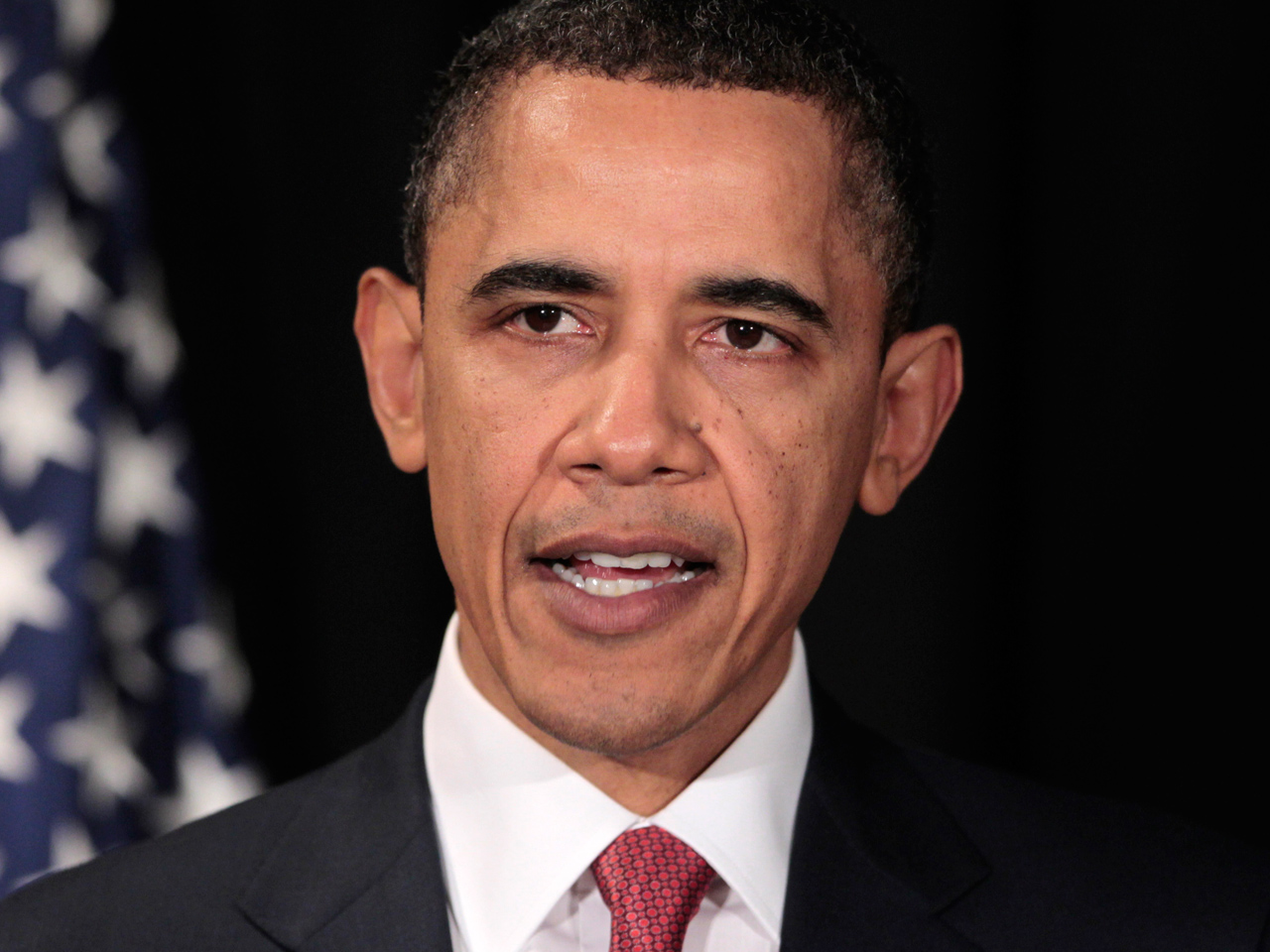 President Obama has officially kicked off his re-election campaign. So it's a good time to ask: how good are his chances - at the moment, at least - to win a second term?

The short answer is: Pretty decent. (The even shorter answer, according to the speculators over at Intrade, is: 59.4%.) For starters, Mr. Obama is polling well against two of his most likely opponents: A poll last month found Mr. Obama would beat Mitt Romney by nine points and Tim Pawlenty by 19 points in a hypothetical head-to-head matchup if the election were today.

The margin was narrower against a generic Republican candidate (something that, of course, doesn't exist) - but even there Mr. Obama held the edge, 45 percent to 40 percent. Mr. Obama's approval rating two years into his term (49 percent) was higher than two of the last two three presidents to win a second term- Presidents Reagan and Clinton. (President George W. Bush had a 59 percent approval rating at the midpoint in his first term.)

And as Time's Michael Scherer notes, even those who disagree with Mr. Obama tend to like him - a crucial factor in winning the independents who broke from the Democrats in the 2010 midterm elections. The fact that 84 percent of Americans (according to an Associated Press poll last month) call Mr. Obama a likeable person speaks to his advantage among the casual voters who may not go to the polls in a midterm year but will cast ballots in 2012.

Because he is extremely unlikely to face a serious primary challenger, Mr. Obama can appeal to these voters from the start - as he did in his campaign kickoff video, which showed a man stating that he doesn't "agree with Obama on everything, but I respect him and I trust him." The Republican contenders, meanwhile, will be busy in the coming months appealing to their base to try to survive the primary - something that means potentially alienating potential swing voters.

And that's just the start of the bad news for Republicans. The potential candidates who would seem to have the strongest appeal to swing voters - people like Indiana's Mitch Daniels and Utah's John Huntsman - will have a tough time getting through the primaries if they enter the race. Even if someone with relatively broad appeal wins the nomination, they will be linked at some level to the more polarizing figures in their party -- think Michele Bachmann -- who are sure to win more than their fair share of media coverage.

(at left, CBS News' Chip Reid and Rob Hendin discuss how Obama will try to keep the campaign and White House separate.)

Then there's the prospect of a strong third-party candidate making waves in the general election. If the Tea Party backs a challenger to a Republican nominee it sees as too moderate, the conservative vote could be split, making Mr. Obama's path to victory that much easier. Without Ross Perot, it's worth remembering, Mr. Clinton might never have been president.

Also important is the power of incumbency. As Mark McKinnon and Myra Adams note, "In the last 56 U.S. presidential elections, 31 have involved incumbents; 21 of those candidates have won more than one term." Incumbents have the advantage of being a known quantity - and even voters not entirely sold on a president tend to favor the known over the unknown.

Then there's the money: Mr. Obama showed himself to be an astounding fundraiser in 2008, raising a staggering $750 million; he is expected to potentially hit the $1 billion mark this time around. Republicans will fight hard to match Mr. Obama on the money front, with the help of the GOP-leaning outside groups that the Supreme Court has freed up to spend massive amounts on behalf of candidates. But that's an uphill fight - as will be their attempt to match Mr. Obama's well-oiled campaign apparatus and voter turnout operation.

Poll after poll, meanwhile, shows that the most important issue for Americans is jobs and the economy. That's why you now see Republicans attacking on that front: In response to Mr. Obama's election announcement, for example, Romney Tweeted, "I look forward to hearing details on your jobs plan, as are 14m unemployed Americans."

But the potential problem with that strategy is that the economy seems to be improving - most notably, the unemployment rate fell to a two-year low in March. And while the trends could reverse before next year, it appears likely that the economic landscape will be improved from the depth of the recession by the time voters weigh in. That would take a lot of the sting out of Republican attacks over the stimulus package and, more broadly, Mr. Obama's stewardship of the economy.

It takes electoral votes to win election, of course, not actual votes, as Al Gore knows all too well. And there are red flags for Mr. Obama on this front - he won states in 2008, like North Carolina, Indiana and Virginia, that have traditionally been red. And in the 2010 midterms, Republicans triumphed in key swing states like Wisconsin, Michigan and Florida.

But midterm rebukes don't necessarily portend trouble for presidents in the following election - Presidents Clinton, Reagan and Eisenhower saw their parties face serious electoral defeats two years into their presidencies and went on to victories two years later. Indeed, those midterm elections may even be a boon for Mr. Obama - Americans tend to like divided government, and with the House firmly in GOP hands, they no longer have a unified Democratic Party to vote against.

Add to that the fact that the 2012 electorate will be very different than the electorate in 2010 - as former political operative Rep. Tom Cole (R-Okla.) bluntly told Politico, "It's going to be younger, browner, and more to the left."  The young and minority voters who came out for Mr. Obama in 2008 - and then, in many cases, sat out the midterms last year - will likely be back next year, which is good news for the president as well as other Democrats. (In the midterms, the wealthy and elderly were disproportionately represented.)

All this does not necessarily mean Mr. Obama will win - a lot can and will happen between now and November 2012. But the president's relative popularity, coupled with the seeming weakness of the GOP field and the improving economy, suggest that he is well positioned to secure a second term.

Still, as plenty of elections (not to mention sporting events) have proven over the years, just because you're the favorite doesn't mean you're ultimately going to come out on top.