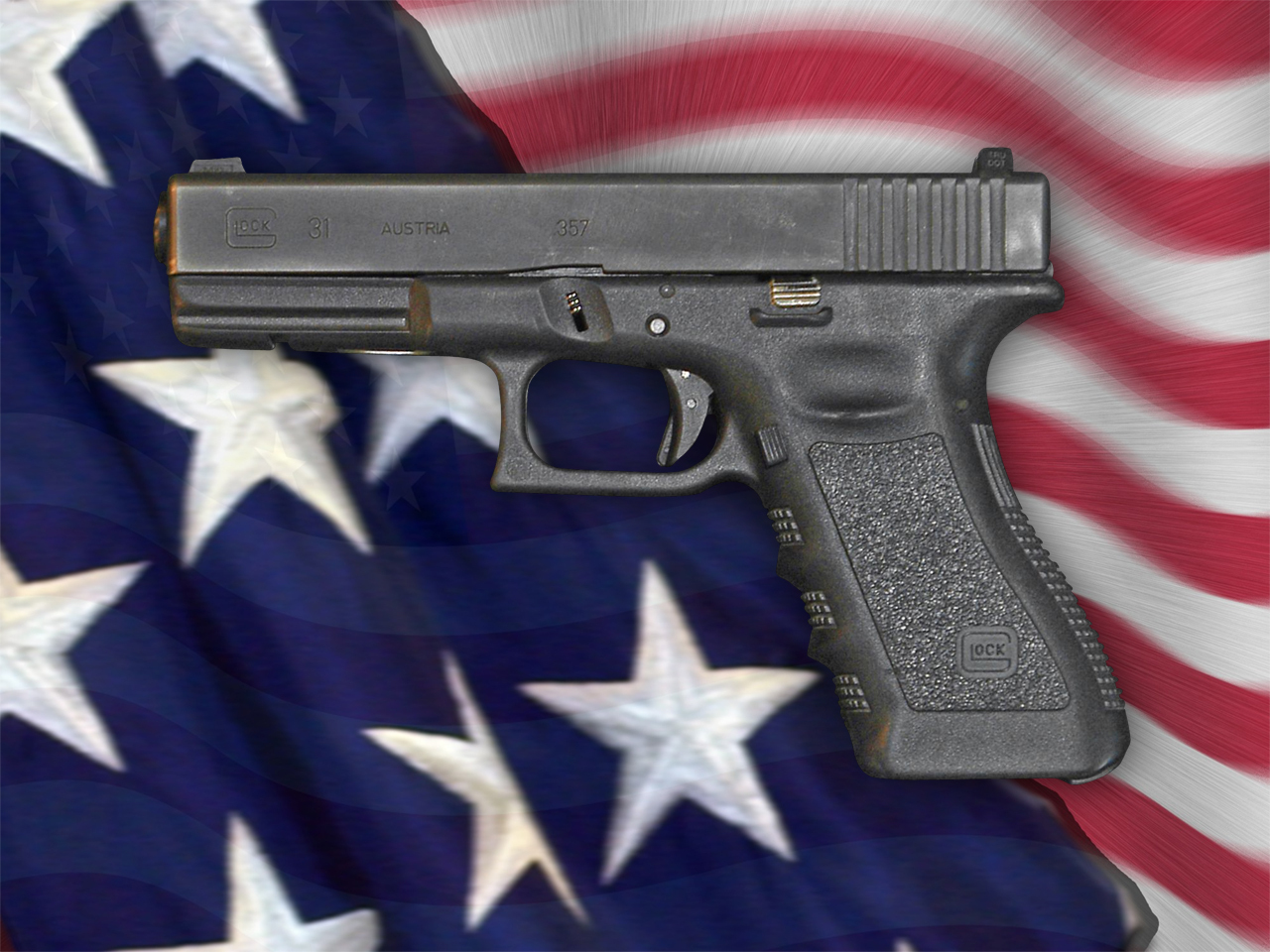 (CBS News) We had a reminder this past week of just how volatile the issue of gun control can be: Voters in Colorado removed two state senators from office because of their support for gun regulation. We don't often do stories about guns, let alone a specific model. But the particular handgun we focus on has a particularly strong hold on its owners' loyalty -- and on our popular imagination. Anthony Mason reports:

It may be the best-known firearm brand in the world: Glock. The name alone says "gun."

Hollywood has glamorized it, and given it a starring role. In "End of Days," Arnold Schwarzenegger's character told another, "Between your faith and my Glock 9 mm, I take my Glock."

In the 30 years since it was invented, the Glock become a favorite of both law enforcement, like the FBI, and outlaw dictators. When Saddam Hussein was found in his hideout in 2003, he was carrying a Glock.

Glock has become more than just a successful gun. In the words of author Paul Barrett, "It's become cool. It's become synonymous with that article of commerce, with the handgun."

Barrett is author of a biography of the firearm, called, "Glock: The Rise of America's Gun."

Mason met Barrett at the annual SHOT (Shooting Hunting & Outdoor Trade) show in Las Vegas, whose audience is principally gun dealers. "You've got people who are involved in all aspects of selling and marketing guns," he said. "And also all the accoutrements."

And how big a presence is Glock on the trade show floor now?

"No handgun manufacturer has a bigger presence," Barrett said. "And in the law enforcement arena, Glock is the biggest and most influential. Two-thirds of all American police departments use the Glock."

How did an Austrian gun eclipse brands like Colt and Smith & Wesson to become an American icon?

The weapon is named for the man who created it, in 1982, for the Austrian army: Gaston Glock, who was an obscure engineer who worked outside Vienna. During the day, said Barrett, he ran a radiator factory -- and he had zero experience making guns. "That was his huge advantage," Barrett said.

Glock didn't try to modify existing models -- he created a new one.

His design had a plastic frame, making it lighter than other handguns, and had only 34 components -- about half of most other makers. That made the gun easier to manufacture, and less likely to malfunction.

Glock, now 84, is an elusive figure who rarely gives interviews. "60 Minutes" shot video at Glock's U.S. plant, in Smyrna, Ga., in 2002, but journalists rarely get inside.

So Glock is a secretive company? "Very secretive, still owned by the family" said Barrett.

Glock did not respond to repeated calls for this report, and the company did not cooperate with Barrett's book. In fact, they not even want the author at the Las Vegas SHOT show.

But Glock's success speaks for itself. In less than a decade, Glock was shipping 120,000 handguns a year to the U.S., many to police departments, which in the early 1980s were beginning to feel that criminals had them outgunned with semiautomatic pistols.

Hopkins demonstrated how long it would take to get off 18 shots with a revolver: 22.70 seconds.

And with a Glock? 5.7 seconds, nearly four times faster.

Glock enticed police departments with offers of free training, and with its reliability. "A Glock is a lawnmower as far as reliability goes," said Hopkins. "I mean, it just always goes 'bang.' "

He said the beauty of the gun is how simple it is. After a five-minute lesson, Mason -- who said he'd never fired a Glock before -- hit every target.

But that ease of use has made Glock itself a target of gun control advocates.

In his attempt to assassinate Congresswoman Gabrielle Giffords in Tuscon, Jared Loughner used a Glock. He even featured the weapon on his MySpace page. Six people died in that shooting.

And in 2012 James Holmes opened fire in a crowded movie theater in Aurora, Colo., also using a Glock. Twelve people died in that shooting.

The government keeps lists of weapons recovered at crime scenes, but Paul Barrett says, "If you look at those lists, to date there is still not evidence that the Glock is distinctively used more than other guns. In fact, it tends not to show up at the top of those lists.

"The notion that every gangster in every city is walking around with a Glock just isn't true."

But the Glock's image -- both good and bad -- has in many ways been made by the movies.

Rick Washburn is a New York prop man who provides weapons to filmmakers, like the ones seen in "The Bourne Ultimatum." He started recommending Glocks in the 1980s.

"Do you feel like you've had a role in Glock's success?" Mason asked.

"Yeah, I had a big role in the Glock success, and other people in the movies," Washburn said. "I think that we recognized early on this was different. Because it was different, it was exciting."

For three decades now, other weapons makers have been playing catch-up. They may have matched the Glock's firepower, but they have yet to match its starpower.

Whimsical, living architecture, conjured in the Mexican jungle
Thanks for reading CBS NEWS.
Create your free account or log in
for more features.
View CBS News In
CBS News App Open
Chrome Safari Continue
Be the first to know
Get browser notifications for breaking news, live events, and exclusive reporting.