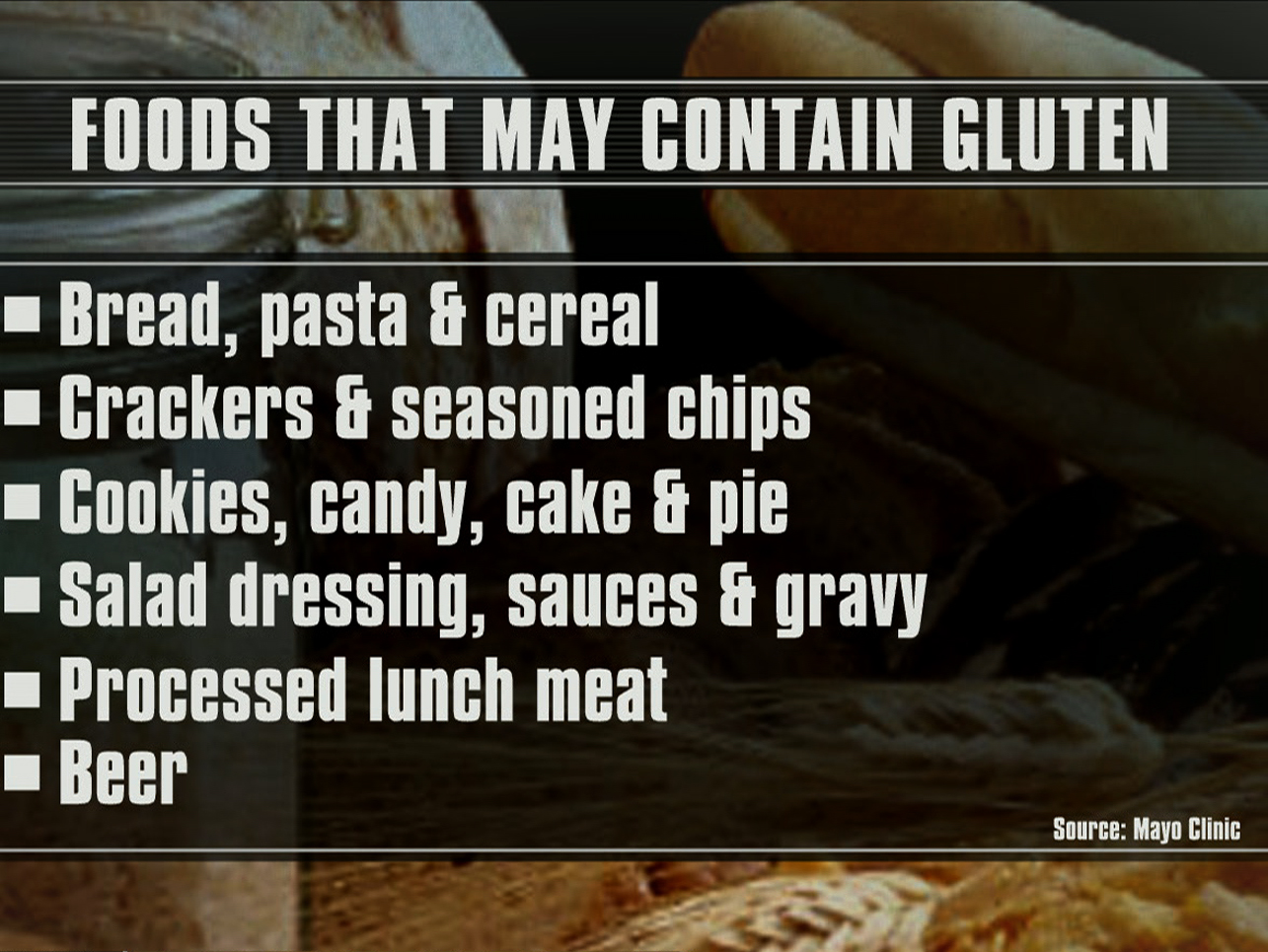 In the next few days four out of 10 people will plan to make New Year’s resolutions and the number one promise is to lose weight. For nearly one-third of people, accomplishing that goal could mean cutting back on wheat products.

Dr. William Davis, a cardiologist and the author of "The Wheat Belly 30-Minute (or less!) Cookbook," and Michael Moss, an investigative reporter for the New York Times and author of “Salt, Sugar, Fat,” joined the “CBS This Morning” to discuss who should eliminate the all-American grain.

Davis told the co-hosts that people should reduce wheat from their diets because it “stimulates appetites” since the grain has its own version of “opiate.”

“It’s inflammatory, raises blood sugar and it has its own built-in opiate – and this opiate drives appetite,” he said. “It’s in everything now - it’s in virtually all processed foods – I would argue it’s there on purpose do drive appetites.”

Davis told the co-hosts that removing gluten from your diet actually has a withdrawal process.

“Five days or so of misery, nausea, headache, cravings, etc – you get through it,” said Davis. “Everyone survives and you feel absolutely wonderful and the weight for the majority of people melts off.”

Recently, the FDA has set a limit for the amount of gluten a food can contain to be labeled gluten-free on its packaging, and Moss told the co-hosts that this is hugely helpful for consumers with Celiac disease when they are looking for products, but could confuse the average dieter.

“When you walk into the store looking for those (gluten free products) now you can finally rest assured that if it says gluten-free, you’re home free,” said Moss. “For some Celiac disease suffers that’s huge, but for the rest of us, gluten-free has become the new organic, natural, artisan, added calcium- these sort of health watching come-ons that are on products that are still loaded with salt, sugar, fat. So, if you’re looking to diet, it’s becoming even more treacherous to find products that are truly healthier for you.”

When something is marked gluten-free, Davis said the would-be-wheat based ingredient is usually replaced with a rice, potato, or tapioca starch or flour, and while those do not contain wheat, he said that no body should be eating them.

“These are ingredients … they should not be using," Davis said. "Nobody should be eating those things because they raise blood pressure, have all these consequences for health including weight gain -- visceral fat weight gain.”

Davis said that consumers should be weary of products such as pastas or cookies that are marked gluten-free.

However, there are many other foods that people can eat, or easily make for themselves. Davis said his goal was to try to make this lifestyle “easy,” because in most cases people believe eliminating wheat means less convenience.

Moss said that he believes people should “maximize vegetables and whole fruits” in their diets and be careful of what areas they shop in at the supermarket.

“When you look at the grocery store, spend more time on the perimeter where the producer is and be really careful when you walk into the center of the store - looking at shelves at eye-level – that’s where they put the most sugar, fat products.”