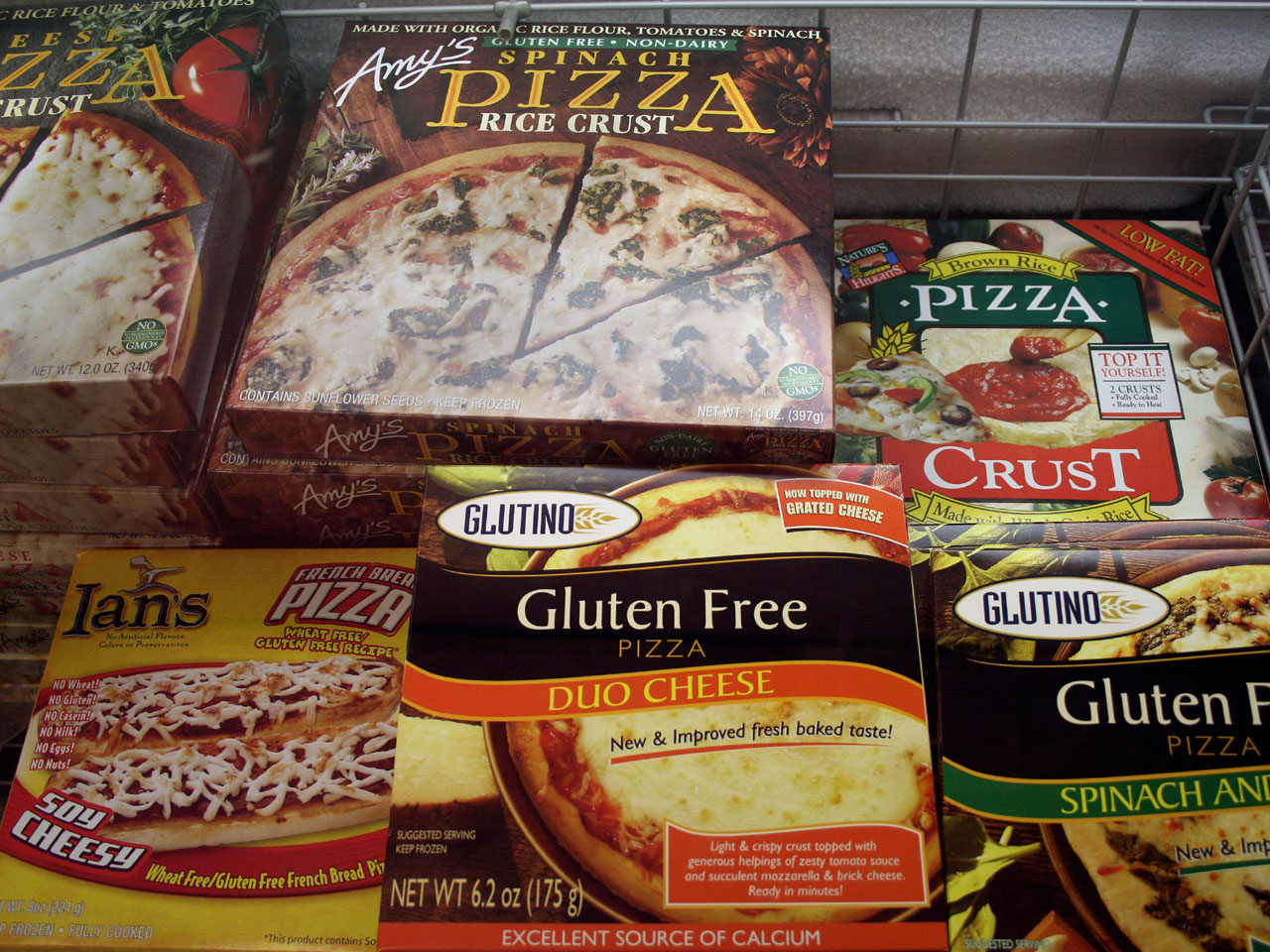 Gluten-free foodsare seen more and more these days at restaurants and grocery stores.

That's great for the 1 percent of people who have celiac disease, says CBS News chief medical correspondent Dr. Jon LaPook. However, many people on these diets don't have the condition, and worse, many people who shouldn't eat gluten due to celiac have no idea they have the disease.

They may frequently feel ill after eating, when a gluten-free diet could turn their symptoms around completely. For those with celiac disease, "once you go on the gluten-free diet...you can feel a lot better, just like a flower getting some water in it," says LaPook. "You can blossom."

Celiac disease is an autoimmune reaction in which you're very sensitive to a protein component of wheat called gluten, LaPook explained. This reaction over time can cause inflammation that damages the lining of the small intestine, preventing absorption of necessary nutrients.

The Mayo Clinic adds that children with the condition can experience problems with their growth and development due to the absorption of nutrients.

About 1 out of 100 people have celiac disease -- and most of them don't even know it.

Dr. Peter Green, a renowned expert who is director of the Celiac Disease Center at Columbia University Medical Center, says that 10 years ago only about 3 percent of people with celiac disease knew they had the condition. That number has increased to 17 percent, due to greater awareness. Still, that means over 80 percent of people with celiac disease have no idea they have it, according to Green.

Years ago, doctors only looked for celiac disease in patients who were very sick with severe abdominal pain, diarrhea and weight loss. But more recently, doctors have learned there can be far more subtle signs: Bloating, constipation, fatigue, brain fog (due to lack of iron absorption), infertility, migraines or being short in stature.

The treatment for it is avoiding food with gluten, such as most bread or pasta and many processed foods that contain wheat, rye or barley.

Oats should not contain gluten, but sometimes they are processed in facilities that package other gluten-containing grains, raising risk for cross contamination. The same goes for eating out in a restaurant -- for example, french fries shouldn't contain gluten, but if breaded chicken fingers were fried in the same oil, someone with celiac disease could have a reaction.

"Gluten is in a lot of things, unfortunately," says LaPook. "People who have true celiac disease really need to be careful."

A person experiencing symptoms can go to a doctor and get a blood test to check for celiac disease. If they test positive, the person then would undergo an endoscopy, a tube inserted down the esophagus into the small intestine, where it takes images and a biopsy of the intestinal wall. The walls of the small intestine are lined with villi, finger-like structures responsible for absorbing essential nutrients from foods. A person with celiac will have flattened villi, according to LaPook, and cellular changes associated with celiac disease that the tests can pick up.

Other conditions besides celiac disease may also warrant a gluten-free diet. LaPook says a small percentage of people have what's called "non-celiac gluten sensitivity," a condition that has increasingly gained attention in the medical community. Some of these people may feel better if they take gluten out of their diet. But the discomfort could also be something else like lactose intolerance, a bacterial infection in the intestines or irritable bowel syndrome.

"I would urge people to go to a doctor and try to really figure out what's going on," he says.

Recently, gluten-free diets have become popular among people seeking to lose weight and improve their overall health. Actress and singer Miley Cyrus made headlines more than a year ago when she said she lost weight because she cut out gluten due to an allergy.

But LaPook points out that that gluten-free foods can still contain fats, sugars and certain types of flour, so healthy individuals will not necessarily see pounds come off by cutting out the gluten.

People with significant malnutrition from celiac disease should actually gain weight if they start eating gluten-free, because the villi in the intestines begin to work properly and the body absorbs more nutrients.