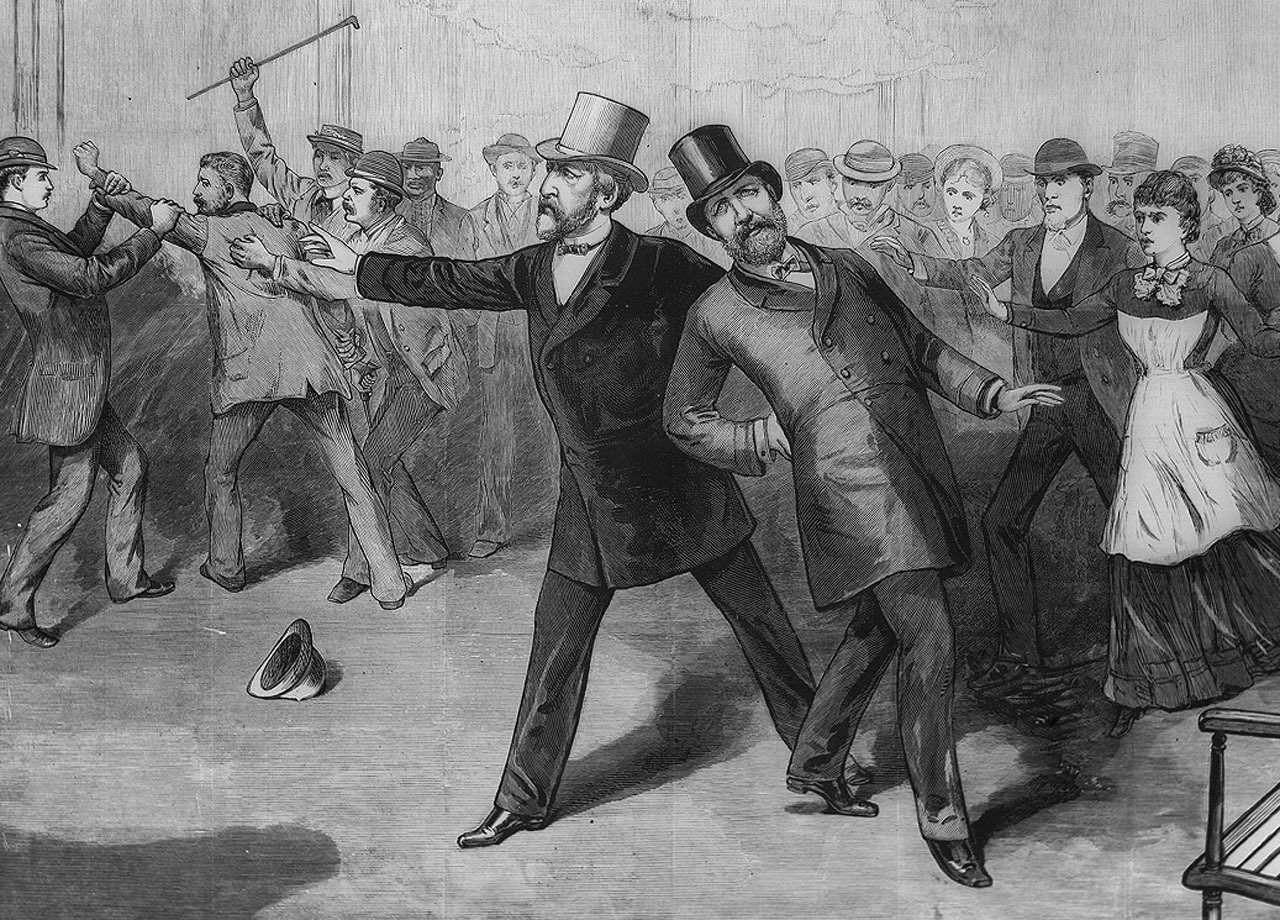 (CBS News) President James A. Garfield is remembered for a series of bizarre and ultimately deadly events that began 131 years ago tomorrow. Here's Mo Rocca to tell the story.

Of the four U.S. Presidents who have been assassinated, two - Abraham Lincoln and John F. Kennedy - are engraved in our collective memory.

William McKinley had already been president a full term when he was murdered at the turn of the 20th century.

But James A. Garfield - president for less than four months before he was shot is 1881 - is for most Americans an historical footnote.

And that, says author Candice Millard, is a great shame.

"He was without question one of the most extraordinary men ever elected president," she told Rocca. "He was absolutely brilliant. He was born into incredible poverty - the last of the 'log cabin presidents.' His father died before he was two years old, so to put himself through college his first year, he was a janitor and a carpenter. By his second year they made him assistant professor of literature and ancient languages.

"By the time he was 26 he was his college's president. He had just an off-the-charts mind."

His loss is all the more heartbreaking because Garfield (Millard writes in a new book) didn't need to die - even after he was shot.

A Civil War hero and nine-term Congressman, Garfield was drafted by fellow Republicans to run for president, an office he'd never sought. Millard said he called the presidency "a bleak mountain."

"He knew that it was going to be a very difficult and lonely position to be in," she said. "And, you know, this is the height of the spoils system" - under which anyone could petition the president in person for a government job, regardless of experience or ability.

"So could anyone just show up at the White House?" Rocca asked.

"Anyone could come and talk to the president," Millard said. "He would have, like, 100 office seekers every day."

Guiteau expected to be named minister to France. Day after day he visited the White House, even meeting Garfield once. But when his demand wasn't met . . . .

"So he had what he believed was a divine inspiration, a message from God that he needed to kill the president," Millard said. "This is 16 years after Lincoln's assassination, but there's still no Secret Service protection."

On July 2, 1881, the president was scheduled to travel by train from D.C. to Massachusetts.

"He had his shoes shined?" Rocca asked.

"Yeah, because he was very aware of the attention he would be receiving."

The president, along two of his sons, arrived at the station.

"So they walk in. Garfield takes just a few steps. Guiteau steps out of the shadows and shoots him twice - once in the arm and once in the back," Millard said.

The shot in the back was not fatal, not hitting any vital organs. The bullet lodged behind the pancreas.

"If they had just left him alone he almost certainly would have survived," Millard said.

Within minutes, doctors converged on the fallen president, using their fingers to poke and prod his open wounds.

"Twelve different doctors inserted unsterilized fingers and instruments in Garfield's back probing for this bullet," Millard recounted, "and the first examination took place on the train station floor. I mean, you can't imagine a more germ-infested environment."

American doctors at the time didn't believe germs existed at all. And according to Dr. Jeffrey Reznick of the National Library of Medicine, they rejected the use of antiseptics pioneered by British surgeon Joseph Lister, for whom Listerine would later be named

"Lister, an Englishman, embraced this theory in the early 1860s," said Reznick. "American doctors did not believe in the Listerian Theory because they subscribed to the miasma theory, the fact that bad air caused disease and illness, not germs. They didn't believe in germs - germs you couldn't see."

On the scene at the train station: Cabinet member Robert Todd Lincoln. Present at his father's death 16 years before, he would also witness the murder of McKinley 20 years later.

"Of the four presidential assassinations, he was there for three of them," Millard said - a pretty ghoulilsh distinction!

It was Lincoln who summoned Dr. D. Willard Bliss (the 'D' stood for Doctor, his actual first name).

"Bliss was a uniquely arrogant and ambitious man, and he just took charge," Millard said.

There would be no second opinions. For an excruciating 80 days, made even worse by the oppressively hot Washington summer, Garfield suffered stoically as his condition worsened.

"He is riddled with infection at this point, he has these abscesses all through his body," Millard said.

And he was starving to death. Unable to keep down the rich sumptuous meals he was being fed, the president's weight plunged from 210 pounds to 130.

In a panic to find the bullet still lodged in the president, Bliss called on Alexander Graham Bell - yes, THAT Bell, the inventor of the telephone.

Bell's task: Use his "induction balance," a kind of metal detector, to find the bullet so it could be extracted once and for all.

Unbeknownst to Bell, Garfield was lying on a bed made of metal springs, rare at the time - "Which is obviously going to affect a metal detector!" said Millard.

"It's just one of the incredible dangers of ambition. He did not want to be proven wrong."

But from this senseless horror came good: the use of antiseptics was quickly accepted by American doctors. Civil service reform was enacted . . . and perhaps, even more significantly, it brought the North and South together for the first time since the Civil War.

"It healed this deep, deep, deep wound because there was this common sorrow and this understanding of loss," said Millard.

As for the man who shot the president, Charles Guiteau would be hanged, only aware at the very end that he would not be celebrated for killing the president.

Guiteau actually said, "Yes, I shot him, but his doctors killed him."

"Yeah. And it's true. Unfortunately, it's absolutely true," said Millard.

A visit to RMS Titanic
Thanks for reading CBS NEWS.
Create your free account or log in
for more features.
View CBS News In
CBS News App Open
Chrome Safari Continue
Be the first to know
Get browser notifications for breaking news, live events, and exclusive reporting.