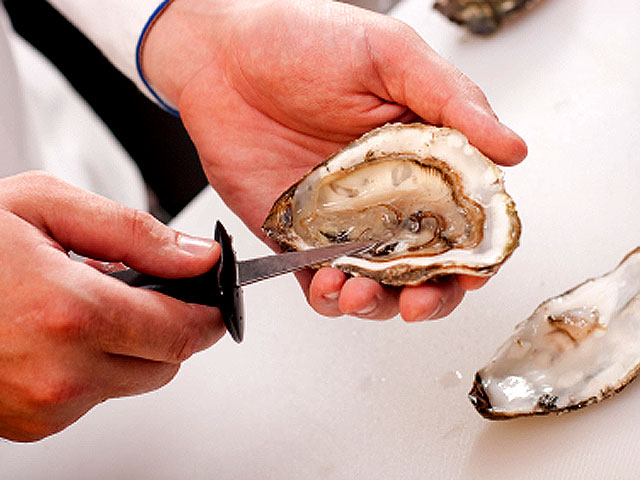 The shocking story of a Texas woman who died after contracting flesh-eating bacteria from eating raw oysters has some people worried about the safety of enjoying this popular food. Jeanette LeBlanc got sick in September after enjoying raw oysters from a local market while visiting family and friends in Louisiana.

"About 36 hours later she started having extreme respiratory distress, had a rash on her legs and everything," LeBlanc's wife,  Vicki Bergquist, told CBS affiliate KLFY-TV.

Doctors told Jeanette she had vibrio -- a potentially deadly bacterial infection. She developed severe wounds on her legs from the "flesh-eating" bacteria and her health rapidly declined. For the next 21 days she fought for her life.

According to the CDC, vibrio bacteria naturally live in certain coastal waters and are present in higher concentrations when water temperatures are warmer during the months between May and October.

Others can become infected if they have a cut or open wound that gets exposed to brackish water -- a mixture of fresh and sea water, often found where rivers meet the sea -- where the bacteria may be found.

Vibrio causes 80,000 illnesses each year in the United States, according to the CDC. About 52,000 of those cases involved contaminated food. Most people recover after a few days.

In severe cases, often involving the type known as Vibrio vulnificus, the bacteria can lead to bloodstream infections and blistering skin lesions, which may require limb amputations. The CDC says between 15 percent and 30 percent of such cases are fatal.

How dangerous are oysters?

So does this mean that everyone should swear off oysters? Not necessarily, experts say.

"Our Gulf Coast waters definitely can sustain the growth of this organism," Dr. Fred Lopez with the Department of Internal Medicine at the LSU School of Medicine, told CBS New Orleans affiliate WWL-TV.

The bacteria gets into oysters' tissue since they feed by filtering water, and that bacteria could still be in raw or undercooked oysters you might eat.

Anyone can get sick from vibriosis, but it's rare.

"For most people, eating raw oysters carries only a risk of mild illness, but for others, the consequences can be dangerous and even deadly," explained Dr. Duc Vugia, chief of the Infectious Diseases Branch at the California Department of Public Health, on a CDC podcast in 2013.

People with underlying health conditions, including liver disease, diabetes, cancer, HIV or a weakened immune system, are at an increased risk of more serious illness from vibrio.

"If you get typical food poisoning with vomiting, nausea, diarrhea and you've had raw oysters, you ought to consider this infection," Dr. David Winter with Baylor Hospital in Dallas, told CBS Dallas Forth Worth after LeBlanc's death. "If you've got those symptoms, you need to get to the emergency room right away and get treated."

There's no easy way to tell the difference between a contaminated oyster and those that are not -- vibrio is not something you can see, smell or taste.

So, to reduce your chance of getting vibriosis, experts recommend eating oysters cooked, not raw.

"Have them cooked. Have them fried, have them boiled," Lopez said. "You need to have high, sustained temperatures to kill the organism."