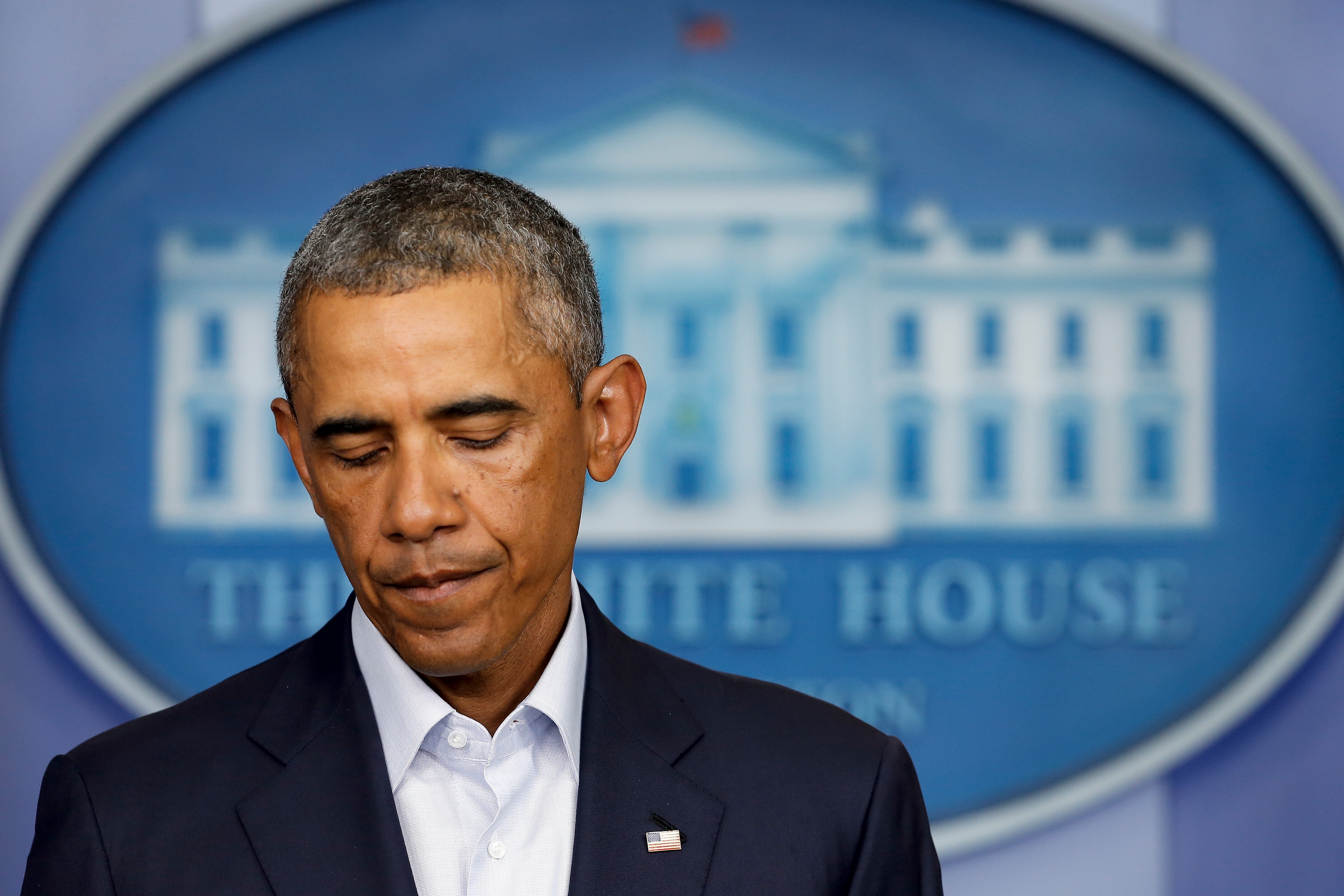 Sens. Mark Udall, Jeanne Shaheen, and Kay Hagan all serve on the Senate Armed Services Committee. With national security in the headlines, that position could give them standing to speak with authority about terrorist threats and what they believe the United States should do to respond to them. But at the moment when the president's response to the threat from ISIS is being criticized, and approval of his handling of foreign affairs is low (at only 34 percent), being a member from the same party with responsibility for national security issues may be a liability.

Republicans sure think so. In New Hampshire, Republican Senate challenger Scott Brown has been attacking Shaheen for months on a variety of national security issues. Mostly he has focused on securing the border, but in the last month he has talked more about ISIS. Last week he started running an ad that referred to the group. "President Obama and Sen. Shaheen seem confused about the nature of the threat" from radical Islamic terrorists, he says. This week, in North Carolina and Colorado, Republicans picked up the same line of attack.

The president announced military action against the jihadist outfit several weeks ago, but the issue is taking off in the broader political discussion only now. Republicans have an overwhelming advantage over Democrats when people are asked which party they trust to handle national security issues. In the latest CBS poll, Republicans have a 20-point lead on this question and respondents have elevated national security issues to their second-most important concern.

The danger for Republicans is that, despite their polling advantage on national security, the nation is not anxious to go to war. So while they may be ready to criticize the president, they don't have a clear policy prescription that is much different from his own. Former Vice President Dick Cheney's speech attacking President Obama three weeks ago contained several ideas for targeting the Islamist group. That same night Obama described a plan that essentially lined up with what Cheney had suggested. But with Republicans still criticizing the president's approach, it raises the natural question: What more would they like to do? That question leads to ground troops, an idea that almost no Republican (or anyone else) wants to raise, though GOP Sen. Ron Johnson of Wisconsin on Tuesday said ground troops were the only way to defeat ISIS.

Republicans would rather talk about the past and make a seat on the Senate Armed Services Committee seem like a seat in the Situation Room. The most practical and pressing issue at the moment is how to combat this terrorist force. But there is also the important matter of whether those responsible for American national security are sufficiently vigilant. That's the part of the debate Republicans would like to have: Were the administration and its congressional allies asleep at the switch? That's a debate that doesn't immediately require Republicans to come up with a ready plan for what they would do while inflicting maximum blame on Democrats for letting the threat emerge.

President Obama told CBS's "60 Minutes" that he agreed with National Intelligence Director James Clapper's recent assessment that "we underestimated the Islamic State." Several officials in the intelligence agencies the president was including in that "we" do not happen to agree. I spoke to one former senior member of the intelligence community who says they had been watching and reporting on ISIS to the administration for a long time.

Last June, on "Face the Nation", former CIA acting director Mike Morell said that the intelligence agencies had been on the case and that the failure to confront the threat was not an "intelligence failure." A senior intelligence official repeated a version of the same thing to the New York Times on Tuesday. It's in their interest to shift blame right back to the White House, of course, but Republicans are happy to take advantage of the discord.

The debate is now whether a threat could have been anticipated but was missed. North Carolina's Sen. Kay Hagan seemed to agree with that view in her last debate against Republican challenger Thom Tillis. She said that the president had made a mistake by not supporting the moderate forces in Syria. She subscribed to Hillary Clinton's perspective: Had Obama armed Syrian rebels early enough, ISIS would not have grown as it did. She isn't the only Democrat to affirm the asleep-at-the-switch theory.

The problem for Hagan is that she can't easily separate herself from the president, and Republicans are now trying to put her on the hook for the same lapse. "In January, President Obama refers to the Islamic State as a JV team," the narrator says in a new Thom Tillis ad. "Days later, the Armed Services Committee holds a hearing on new global threats. Sen. Kay Hagan [was] absent. In fact, Hagan's missed half the Armed Services Committee hearings this year." The "price for their failure is danger." Meanwhile, the National Republican Senatorial Committee is hitting Sen. Udall in Colorado for saying that ISIS "does not present an imminent threat to this nation." The ad asks: "Really? Can we take that chance?"

Democrats have two other options. They can pivot from talking about the past and highlight that their opponents don't really disagree with the president's strategy. It might be good on the merits, but it bogs them down in a conversation about national security where voters are more likely to trust Republicans. The other option is to talk about anything else--preferably a domestic policy issue. That latter option appears to be the approach most Democrats are likely to take.

Republican strategists say women voters are the primary audience for this new wave of national security ads. (As Peter Beinart wrote recently, women voters are the most politically sensitive to concerns about homeland security.) Given that Democrats are working so hard to turn out female voters, one Republican involved in several Senate campaigns says that talk of national security is aimed at moving support among women. "The Republicans challenging these incumbents seem to be seizing on the issue as a possible way to seal the deal," says Elizabeth Wilner who tracks ads forKantar Media Ad Intelligence, "and a welcome chance to break from Democratic narratives that were bad for them: women's issues for [Cory] Gardner, education for Tillis, and 'what have you done for New Hampshire' for Scott Brown."

But it's not clear yet how broadly Republicans are going to level this attack. David Perdue, the Republican Senate candidate in Georgia, has made a clumsy attempt to use the issue against Michelle Nunn. Iowa, Alaska, and Arkansas--all states where Republican candidates have military or national security credentials--are likely places to see more talk of ISIS. So far though, of the top 12 issues touched on in this cycle's political ads, international affairs ranks last. Of course, it's only been on the front page for a few months and the issue is gaining steam. The question remains whether Democrats have the right strategy for combating the surge.