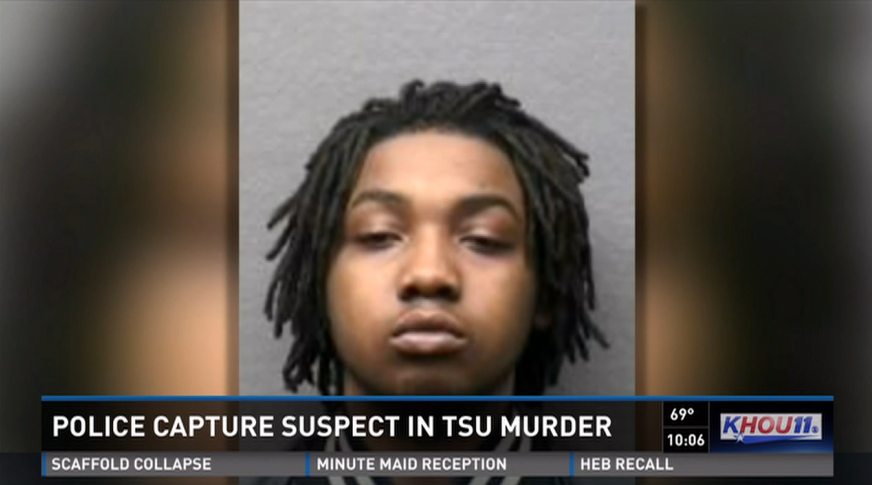 HOUSTON -- A 22-year-old Houston man has been charged with murder and aggravated assault in the shooting death of a Texas Southern University freshman and the wounding of another person.

According to CBS affiliate KHOU, police responded to a disturbance call just after 10 p.m. on Friday night, Oct. 9. Authorities were given information that the suspect was inside the attic of a home and was possibly armed.

SWAT was called out to the scene where officers then began speaking to LeBlanc through loudspeakers. He then surrendered peacefully without incident and taken into custody.

On Sunday, a judge ordered him held on $50,000 bond, according to The Associated Press.

Court documents reportedly show Randall's half brother was wounded in the shooting that stemmed from an argument the previous day over a pickup basketball game.

Records also show LeBlanc, the father of a 2-year-old, already was out on bond for a misdemeanor theft charge in September. He pleaded guilty to marijuana possession in January 2014.

Following the deadly shooting, TSU reportedly boosted security at the off-campus apartments. Security guards now check IDs, making sure only students have access to the building, according to KHOU.