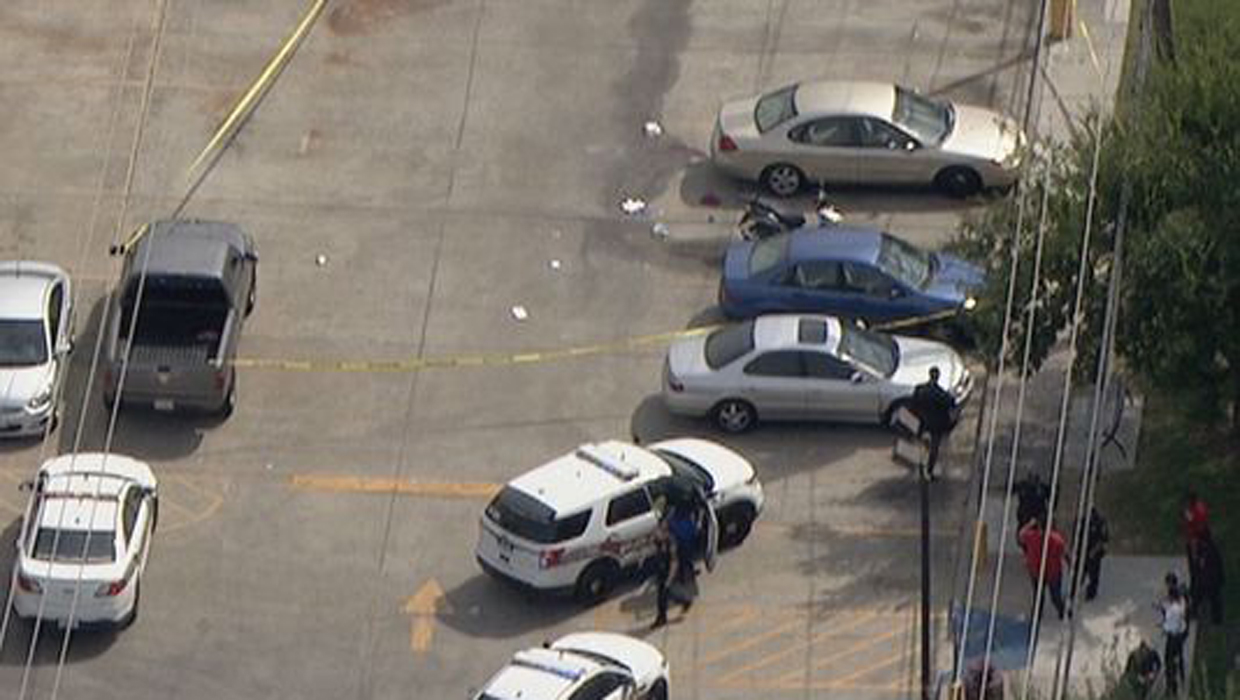 HOUSTON -- A Texas Southern University student is dead, and another is in a hospital in stable condition after a Friday morning shooting in the parking lot of an off-campus housing facility, according to police.

The deceased victim was a freshman at the university, according to the school's president, John Rudley. He was pronounced dead on arrival at a nearby hospital.

The second victim is being treated for wounds to the upper torso and back. Police have not released the victims' names.

Investigators were questioning two men who were detained after the shooting. Houston Police spokeswoman Jodi Silva said Friday evening that neither man has been arrested or charged in the shooting. She said police also are looking for a third man for questioning.

Silva wouldn't say whether police believed the suspected shooter was in custody. She noted that police aren't treating the case as an "active shooter" investigation, in part because witnesses said the shooter wasn't moving from place to place and fled the scene after the shooting.

Silva said investigators also are looking into whether the incident is related to a shooting that happened early Friday morning near the same housing complex that sent one person to a hospital with a minor injury.

The victims names have not been released but Rudley spoke about the deceased, the station reports.

"He was a beautiful young man trying to get his life together," Rudley said. "I wish he was still here."

He also reportedly said: "This is becoming too regular."

Rudley said classes remain cancelled for the day, but an earlier lockdown has been lifted.

He said students need to be more vigilant and must remember that the Houston school is in the inner city, and that "crime is all around us."

Rudley also criticized what he said was a culture among some students who believe they shouldn't "snitch" on each other.

According to the Houston Chronicle, the shooting is the third in recent weeks on or near the TSU campus.