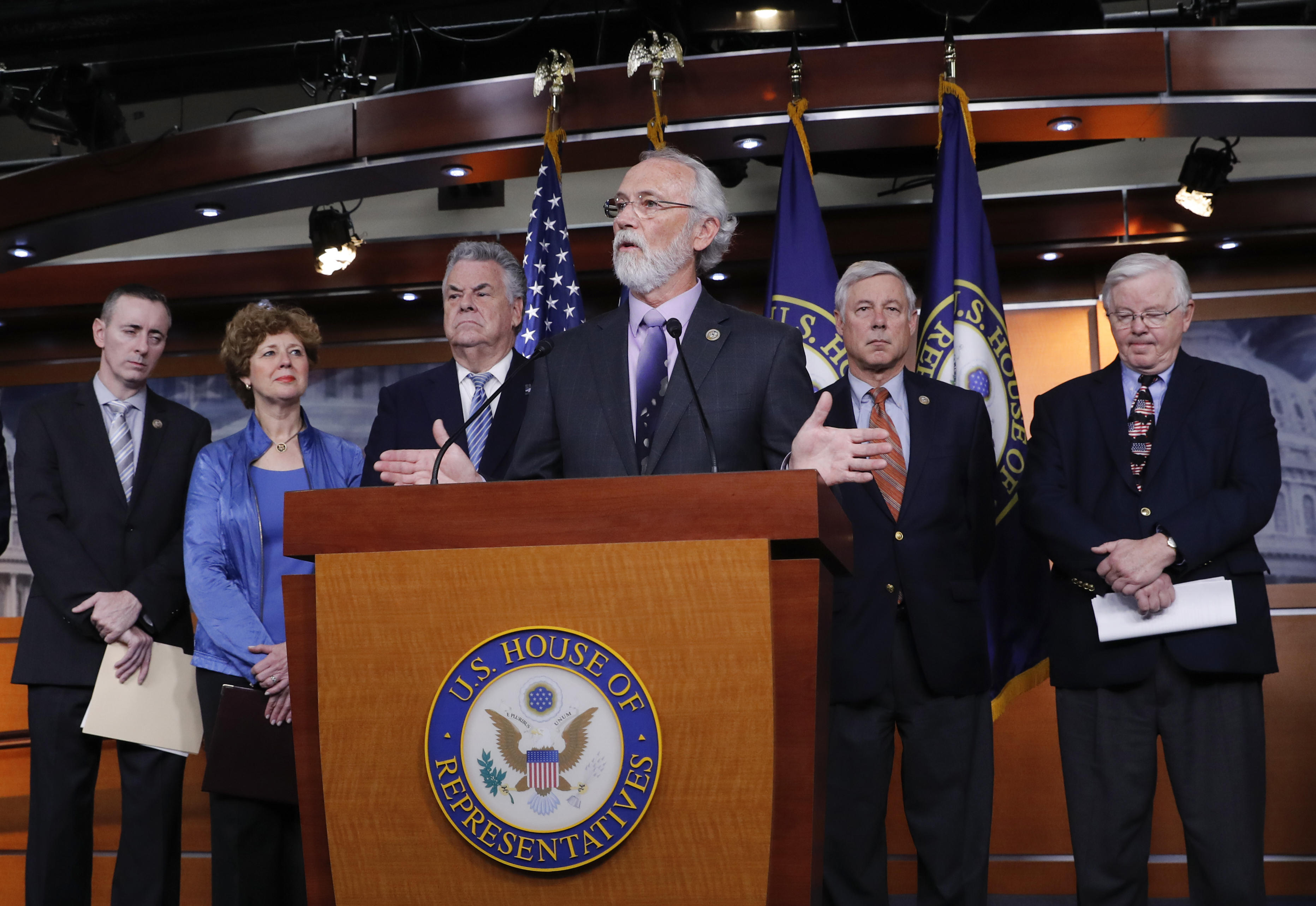 A wide ranging group of House Republicans said on Thursday that they are prepared to work to pass new legislation that would assist those in the Deferred Action for Childhood Arrivals program, or DACA, by the end of the year.

"No bill is going to be perfect, but inaction is just not acceptable," said Rep. Dan Newhouse, R-Washington.

He added, "I can tell you almost every single Republican agrees that it's the responsibility of Congress not the administration to make immigration law."

The Republicans renewed efforts to provide immigration reform come after President Trump charged members of Congress to come up with a fix to existing legislation after official rolling back the Obama-era program back in September. He gave them a 6-month window for such a task.

Rep. Joe Barton, R-Texas, said he would like to see legislation done by the end of the calendar year and was optimistic of it gaining Democratic support.

"When a bill comes to the floor, whatever bill it is, I predict it will have a vote with well over 300 votes to send the bill to the Senate," suggested Barton.

Rep. Fred Upton, R-Michigan, echoed that timeline, charging his colleagues to "take up the president's challenge, let's get it done and say Merry Christmas to a lot folks across the country."

Senate Republicans had previously offered their own potential fix to the DACA program, with Senators Thom Tillis, James Lankford and Orrin Hatch unveiling their latest immigration reform effort, the SUCCEED Act (Solution for Undocumented Children through Careers Employment Education and Defending our nation), which they called a "fair and compassionate" merit-based solution to issues facing undocumented children currently in the U.S.

But as late as last month, the Trump administration was reportedly finalizing the details of a set of immigration principles that could upend efforts to come up with a permanent fix for the status of young immigrants who came to the country illegally as children.

The principles, according to people familiar with ongoing discussions, were expected to include elements of proposed legislation that would dramatically reduce legal immigration rates. Also to be pursued was an overhaul of the green card system to prevent extended family members, including siblings and adult children, from joining permanent residents in the U.S.