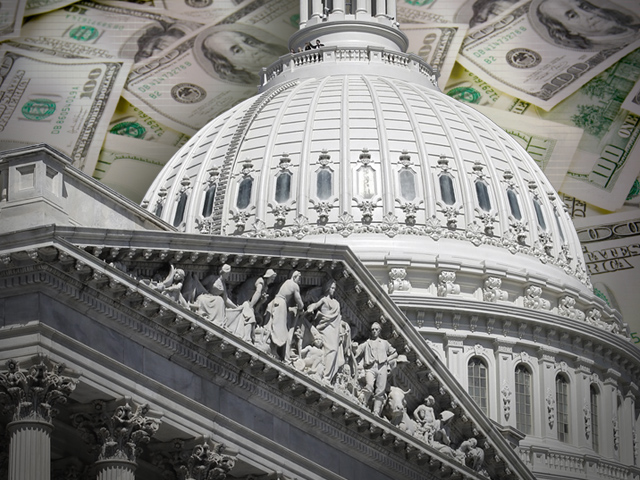 The House of Representatives on Friday passed legislation to significantly reduce the federal government's role in education, letting state and local governments devise their own ways to evaluate school performance.

The Republican-drafted measure, called the Student Success Act, passed 221 to 207 -- without a single Democratic vote -- and is destined to go nowhere. Both Democrats and Republicans are interested in overhauling federal education policies and want to put more authority in the hands of states. Democrats, however, want to keep certain federal standards in place and keep up funding for federal initiatives. The Democratic-led Senate is working on a competing bill, and the White House has said it would veto the House bill.

Both sides are interested in abandoning the top-down structure of No Child Left Behind, the 2002 initiative that is now largely unpopular. No Child Left Behind was supposed to be reauthorized in 2007, but Congress has been incapable of agreeing on a plan with which to replace it. Under President Obama, the Department of Education has criticized No Child Left Behind's "rigid, top-down prescriptions for reform." Since 2011, the administration has issued waivers to 37 states, exempting them from the law.

Given the partisan divide over the legislation currently up for debate, as well as the fact that so many states are already exempt from No Child Left Behind, it's unlikely Congress will find the motivation to update federal education policy this year.

The House bill eliminates the No Child Left Behind yearly progress metric, as well as federal response plans for poorly performing schools. It would scrap more than 70 federal elementary and secondary education programs, replacing them with block grants that would let the states choose how to use federal education funding. The measure sets education funding for five years at a post-sequester level of $22.85 billion. Democrats have grumbled that Congress should restore education funding that was cut in the "sequester," or across-the-board government cuts.

House Minority Leader Nancy Pelosi, D-Calif., called the bill a "travesty" that has found opposition from business groups and civil rights groups alike. "The bill really is pathetic and falls short of what we need to have the trained workforce for the future that business and community activists know is important."

In its veto threat, the Obama administration called the House bill "a significant step backwards in the effort to help our Nation's children and their families prepare for their futures." Among its many complaints with the bill, the White House noted it would not authorize key administration priorities like the Race to the Top initiative.

In the Senate, Democrats have passed through the Senate Health, Education, Labor, and Pensions (HELP) Committee their own bill, called the Strengthening America's Schools Act (SASA). The Senate Democratic bill loosens some of the requirements in place because of No Child Left Behind. But like the current law, it would require states to test students in reading and math. It would, however, let states use portfolios and projects in addition to standardized tests to evaluate students.

The Republicans on the HELP Committee all opposed the measure and have unveiled their own legislation that would encourage the expansion of charter schools and attempt to give low-income parents more latitude in deciding on the right public school for their children.