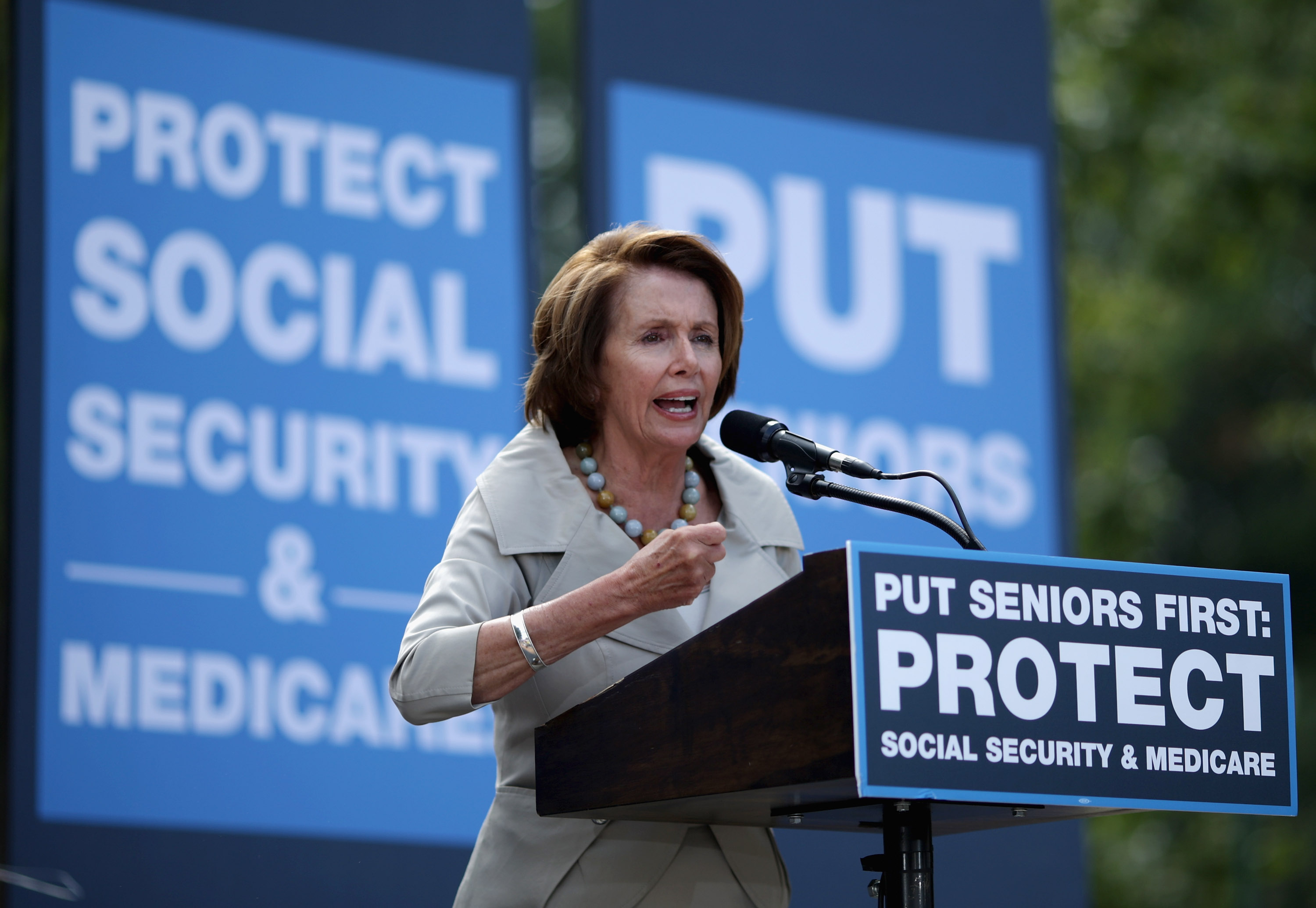 WASHINGTON -- In uncommon bipartisan harmony, the House approved a $214 billion bill Thursday permanently blocking physician Medicare cuts, moving lawmakers closer to resolving a problem that has plagued them for years.

The 392-37 House vote came on a package that bore victories for Republicans and Democrats alike. And it immediately shifted the spotlight to the Senate, where Democrats muted their criticism, perhaps due in part to President Barack Obama's endorsement of the bill.

Conservatives also found fault with the legislation, and that leaves its fate somewhat murky in the Senate. But the House's lopsided vote also built pressure on senators to vote yes.

The package was negotiated by House Speaker John Boehner and Minority Leader Nancy Pelosi, a political oddity in its own right in view of the partisan bickering of recent years. It contains funds for health care programs for children and low-i

Buoyed by such incentives, House members more accustomed to gridlock found themselves with little to argue about. Instead, they praised the bill and each other -- one Republican even wished Pelosi a happy birthday -- as they all but marveled that they had united to address a persistent problem.

Time was a factor. Congress planned to leave town by week's end for a spring break, and physicians treating Medicare patients face a 21 percent fee cut on April 1 unless lawmakers act. If the Senate doesn't give final approval before recessing, the federal agency that sends checks to doctors could delay processing them until lawmakers return to the Capitol.

Physician groups have long warned that the constant procession of threatened slashes in their Medicare fees could mean fewer doctors would treat the program's elderly recipients.

The American Medical Association has pressed for the measure. AARP, the seniors' lobby which has criticized the higher costs the legislation would bring for Medicare beneficiaries, conceded it would pass the House but said it would "continue to work with Congress to improve the bill."

"This is what we can accomplish when we're focused on finding common ground," said Boehner, R-Ohio. But he signaled that Republicans would continue pushing to tighten the finances of Medicare and other costly federal benefit programs, a battle that has led to stalemates with Obama for years.

"We know we've got more serious entitlement reform that's needed. It shouldn't take another two decades to do it," Boehner said.

Pelosi touted the bill's funds for seniors, children and low-income people -- and her work with her usual antagonist.

"It was my honor to work with Speaker Boehner on this important issue, to do what we came here to do -- to legislate," the California Democrat said.

Obama embraced the legislation Wednesday, saying at a White House event, "I've got my pen ready to sign a good bipartisan bill."

With his backing and support from top House Democratic abortion-rights advocates, Senate Democratic objections began fading over the bill's abortion restrictions and funds for children that they want increased.

In an unusual split with Pelosi, some Senate Democrats and abortion-rights groups have complained that the bill would cement into permanent law abortion restrictions at community health centers. Pelosi, a longtime abortion-rights advocate, has said the measure's restrictions would be temporary and would simply continue limitations Congress has imposed annually since 1979.

Democrats also wanted four more years of extra money for the Children's Health Insurance Program, which serves 8 million low-income children, rather than the bill's two years. Yet Democrats seemed increasingly eager to back the bill and claim that money as a triumph, along with its other funds for community health centers, which serve the poor, and to help some low-income people pay Medicare premiums.

Conservative Sen. Ben Sasse, R-Neb., said in a Politco column that the bill would add too much to federal deficits and didn't do enough to solve Medicare's financial problems.

The measure's chief goal is replacing a 1997 budget-cutting law that tied doctors' Medicare fees to overall economic growth. With medical costs growing, that formula has threatened deep reimbursement cuts that lawmakers have blocked 17 times since 2002, a ritual both parties want to end.

The nonpartisan Congressional Budget Office said the measure's costs totaled $214 billion over the next decade. To pay for it, $141 billion would come from deeper budget deficits while the rest would be divided between Medicare recipients -- mostly bigger monthly premiums for the highest earners -- and providers like nursing homes.

Republicans touted the increased costs for upper-income Medicare beneficiaries as a win that would help restrain the $500-billion-a-year program and open the door for future overhauls.