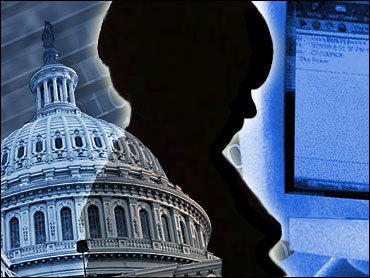 Last week the House of Representatives passed a well-meaning but ill-conceived piece of Internet safety legislation that could actually make the Internet a more dangerous place for children and teens.

The Deleting Online Predators Act (DOPA), approved Wednesday by an overwhelming margin of 410 to 15, now moves on to the Senate. While it's easy to understand why Congress would approve a bill like this, it is ill-conceived because, rather than "deleting" online predators, it deletes the ability of schools and libraries to determine whether kids can constructively take advantage of social networking and other interactive services that are extremely popular among teens. Maybe the law should be called DOTA (the Deleting Online Teenagers Act)?

As a bit of background, I've been working on Internet safety issues since 1993 when I wrote "Child Safety on the Information Highway" for the National Center for Missing and Exploited Children. I'm on the board of that organization and I also run SafeKids.com and SafeTeens.com and am co-director of BlogSafety.com. BlogSafety is a not-for-profit project that derives funding from social networking sites, including those affected by this legislation.

The bill (H.R. 5319) amends the Communications Act of 1934 "to require recipients of universal service support for schools and libraries to protect minors from commercial social networking websites and chat rooms."

The legislation, said Tim Lordan, Executive Director of the Internet Education Foundation which advises U.S. lawmakers on technology, "lumps social networking sites and chat rooms with previously blocked sites that are obscene or contain child pornography, as if social networking was somehow the same as those horrendous sites."

That covers more than just chat and social networking and could force school and library officials to ban a wide range of sites, including Amazon.com and many news sites that allow for user feedback and interaction.

But even if the bill weren't overly broad, it would still be troublesome because it is the wrong – and I would argue a dangerous approach – to Internet safety.

While nearly everyone agrees that Internet predators should be "deleted," this bill doesn't address that issue. Unlike the Adam Walsh Child Protection and Safety Act of 2006, which the President signed into law on July 21, DOPA does nothing to strengthen penalties or increase prosecution of criminals who prey on children. Instead, it punishes the potential victims and educational institutions chartered to serve them, by denying access to interactive sites at school and libraries.

It would be like trying to protect children from being injured or killed by drunk drivers by ruling that kids can no longer walk, ride a bike or even ride in a car or bus to school.

Aside from punishing potential victims rather than the perpetrators, the bill doesn't even address the issue where it matters.

If children are going to get into trouble online, chances are it won't be at school. They'll be home, they'll be at a friend's house or they could even be completely away from adult supervision using their mobile phones. Schools and libraries are relatively protected environments where adults are never far away and, for the most part, computers are in public locations that make it difficult for users to hide what they're doing.

If anything, schools and libraries should be encouraging kids to use blogging and social networking services. They have enormous educational potential for such things as writing, interviewing, collaborative research, media literacy, and photography, but even if not used as part of a formal supervised education program, they encourage kids to communicate and reach out to others.

I don't know of a federal law that prohibits kids from playing football, soccer or basketball on school grounds even though there are cases of kids being hurt and killed in these activities. Instead, schools teach kids how to play these games as safely as possible and if a child is hurt, teachers and coaches reach out to help the child recover from the injury and prevent it from happening again.

Also, social networking sites can serve as a potential safety valve. As part of the research on "MySpace Unraveled: What it is and how to use it safely", a book I co-authored with Anne Collier - I spoke with John Draper of the National Suicide Prevention Lifeline, who said that at-risk kids are increasingly using their online profiles "to in some ways convey they had suicidal intent."

Draper said that these sites have "the very real potential for saving lives because the first people to hear about kids at risk are other kids." His organization is setting up profiles on MySpace, Xanga and Facebook as a resource for teens.

The bill does exempt the use of social-networking sites or chat rooms for "an educational purpose with adult supervision," but it doesn't define what that means. Does that mean that an adult has to be with the child at all times? Do they have to be looking over a shoulder or just in the room?

And even if schools were to block such sites, it wouldn't stop kids who were determined to get access. To begin with, there are hundreds – potentially thousands – of social-networking sites in addition to the ones that school authorities (and companies that make filtering software) know about, and it's pretty easy to set up new ones from anywhere in the world.

I could even envision someone setting up "a non-commercial site" that would be exempt from this law in a foreign land with absolutely no accountability or safety procedures. Today's popular social-networking sites all make some effort to protect users. Many of them, including MySpace, Xanga, Bebo and Tagged, have dedicated security officers with a strong background in Internet safety and/or law enforcement.

There is also the question of whether the bill is dealing with a widespread problem. There clearly are a lot of potential predators out on the Internet in general, but we don't know whether there are a lot of victims.

Sting operations performed by law enforcement have lead to the arrest of numerous people who – if given the chance – would have sexual contact with children they meet online. But these operations involve an adult undercover officer who is posing as a child. The potential predator may think he's dealing with a kid, but he's really dealing with an adult cop.

So while we do know that adult predators are using the Internet to try to lure children, we don't know how many children are being lured, and we have no idea yet how many are on being approached on the social networks. This might be a good to know before legislation is passed.

Even if the number of cases of children being sexually molested by people they meet online is underreported, we are still talking about an extremely small percentage of the millions of kids and teens who are online.

What's more, when those few tragic situations do occur, in every case that we know about, the child went willingly to meet with the predator, and in most cases - according to a 2004 report from the University of New Hampshire's Crimes Against Children Research Center (www.unh.edu/ccrc) - the children knew what they were getting into. Only 5% of the offenders tried to deceive their victims about being older adults and only 21% misrepresented their sexual motives, according to the report.

And then there is the issue of the real risk. What I'm about to say is facetious but based on real data. If the federal government wants to protect children from sexual predators, it would be better off banning kids from school, church, sports activities and being around their own families.

The fact is, again according to the Crimes Against Children Research Center, 70% to 90% of sexual abuse is committed by persons "known to the child." For girl victims, a third to one-half of the crimes are committed by family members. For boys it's between 10% and 20%.

If rules are necessary to regulate what kids can access from schools and libraries the decisions should made be at a local level by school boards, administrators or, preferably, classroom teachers and librarians.

I'm glad Congress is concerned with Internet safety but rather than pass DOPA, it ought to be funding campaigns to educate children, parents, and teachers on how to use the Internet safely - while giving the cops and prosecutors the resources they need to truly delete online predators.