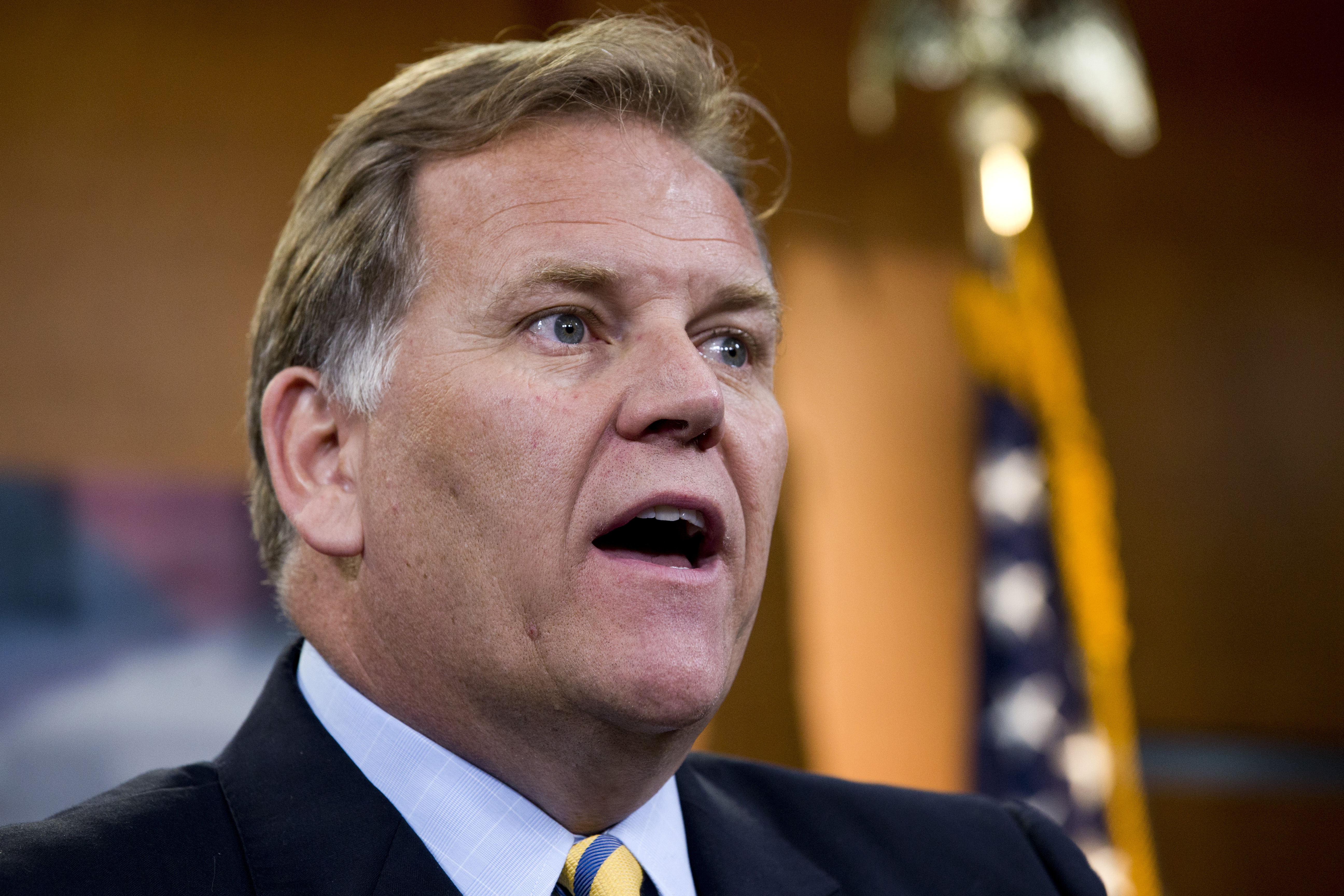 The chairman of the House Intelligence Committee announced his plans on Friday morning during an interview on a Detroit radio station. He says he'll serve out the end of his term and plans to start a national radio program.

"It has been an honor to serve the people of Michigan's eighth congressional district over the last 14 years," Rogers said in a statement, adding, "But I have always believed in our founder's idea of a citizen legislature. I had a career before politics and always planned to have one after. The genius of our institutions is they are not dependent on the individual temporary occupants privileged to serve. That is why I have decided not to seek re- election to Congress in 2014."

As international issues, incidents and crises mounted in trouble spots ranging from North Korea and Iran to Syria and now Russia, Ukraine and the Crimean Peninsula, his presence on the air waves has been increasing. Rogers' face became even more familiar in recent months amid the burgeoning national controversy over widespread telephone surveillance by the National Security Agency.

On that issue, Rogers took a middle road, saying he shared concerns about individual privacy but also understood the need for an increasing intelligence capacity in a time of persistent threats of terrorist attack.

Last June, Rogers renounced any consideration of running for the U.S. Senate in Michigan in 2014, saying the best way for him to make a difference in Washington was to remain in the House.

"For me, the significance and depth of the impact I can make on my constituent's behalf far outweighs the perceived importance of any title I might hold," he said at the time. Rogers' fundraising prowess and his base in southeastern Michigan made him a rising star in the ranks of the GOP.

Of his plans for a new radio show, Rogers said Friday, "It's a pretty rare opportunity. They don't come around very often."

When he announced he wasn't interested in a Senate seat, Rogers said, "I believe in being a productive conservative, meaning you have to move the ball forward, and that voice is just missing out there. And I want to have the opportunity to talk about it."

His voice has been especially prominent on the NSA issue.

On Thursday, responding to public outrage over the sweeping surveillance operation, the Obama administration on came up with a new program that it says would address privacy concerns and preserve the government's ability to fight terrorism.

A proposal from the leaders of the House Intelligence Committee, which also has bipartisan support, has some similarities to Obama's plan in that it would call for the government to query phone companies directly. However, Rogers' plan would not require prior court approval of searches.

"When I first started, I asked voters to give me two years to see if we could make a difference," he said. "I think we've done a lot of that."

With respect to his new radio show, Cumulus Media provides programing to thousands of stations through its WestwoodOne subsidiary. Rogers' announcement was made on the Paul W. Smith Show on WJR-AM, a Cumulus station.

"He has been instrumental helping to shape many of the most important issues and events of our time and will play a significant role in our expanding content platform," Lew Dickey, CEO of Cumulus, said in a statement.