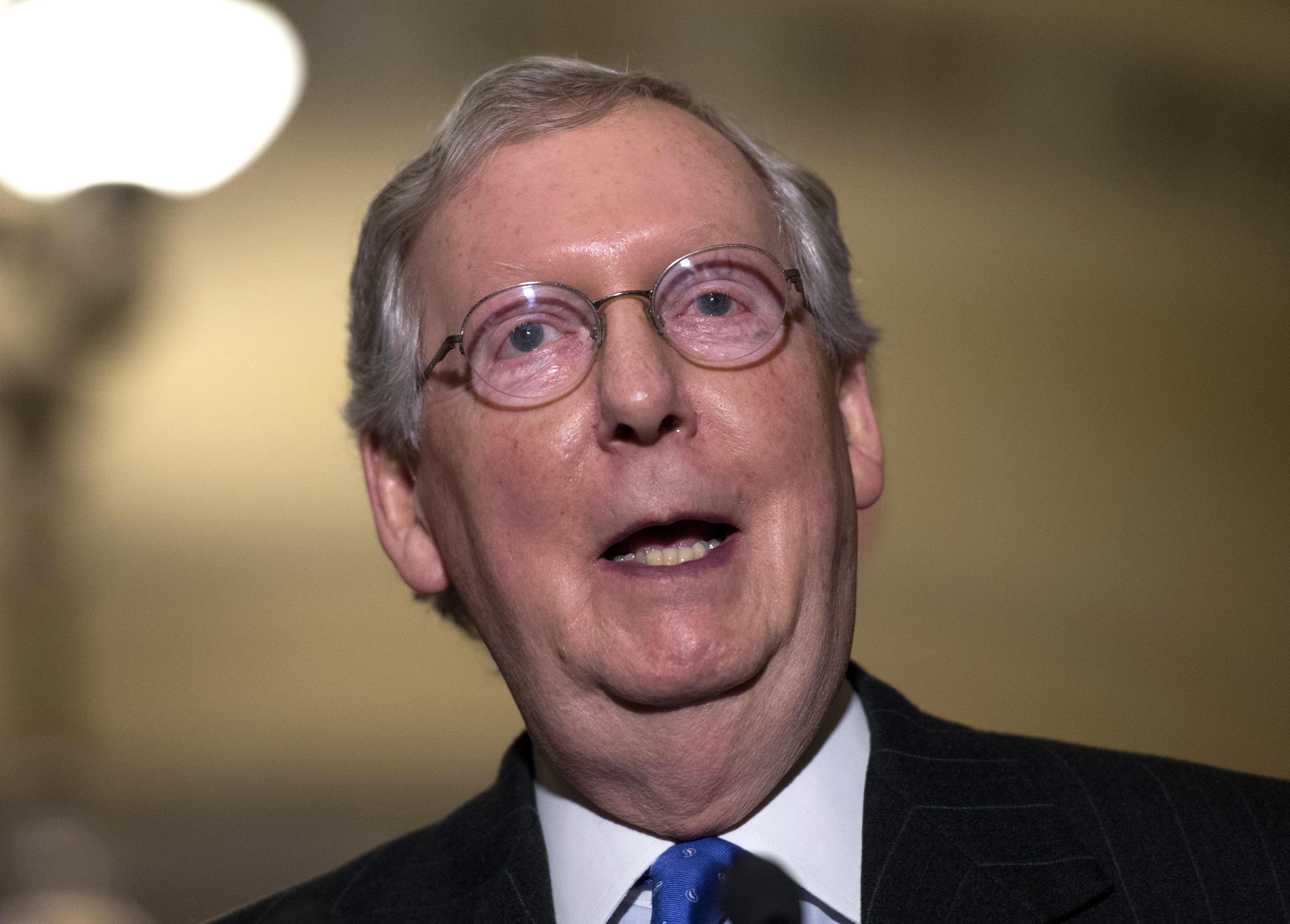 The early reaction from Senate Republicans to the House passage of the American Health Care Act (AHCA) to repeal and replace Obamacare signaled they're likely to make changes to the House bill.

The chairman of the Senate Health, Education, Labor & Pensions Committee suggested that GOP senators could even pitch their own legislation to dismantle the Affordable Care Act.

Senate Majority Leader Mitch McConnell's, R-Kentucky, office said that the upper chamber will consider the measure once budgetary and procedural scorekeeping reviews are completed. The House passed the latest GOP-sponsored version of the bill Thursday afternoon without a new score from the nonpartisan Congressional Budget Office (CBO).

Still, McConnell praised it as "an important step."

"We are now closer to giving our constituents freedom from the increased costs, diminishing choices, and broken promises of Obamacare," he said in a statement.

He added that the status quo is "unacceptable," but McConnell's statement didn't say whether the Senate would take up the House bill. The Senate has to first review whether the House measure complies with budget reconciliation rules, which allow for a simple majority of senators to pass a bill rather than a supermajority. If the Senate crafts a different version, it will have to be reconciled with the House.

While other Senate Republicans stopped short of explicitly embracing the bill in its current form, they applauded their House counterparts for moving forward.

But Graham also criticized the House for rushing the measure to the floor.

"The bill has been out for less than 24 hours," Graham said. "No amendments. Debates for three or four hours. Any time you have a process like this that hasn't been scored you've got to be suspicious of the outcome."

Sen. John McCain, R-Arizona, said he thinks Congress needs to "reach a conclusion," but he also disapproved of the House decision to vote on the bill before a CBO score had been issued.

"I don't approve of it, but whatever they want to do. They spend their time criticizing me, but I won't," he said.

Sen. Bill Cassidy, R-Louisiana, said "it will be weeks to get a score" and Sen. Rand Paul, R-Kentucky, said that the Freedom Caucus made the bill "a lot less bad."