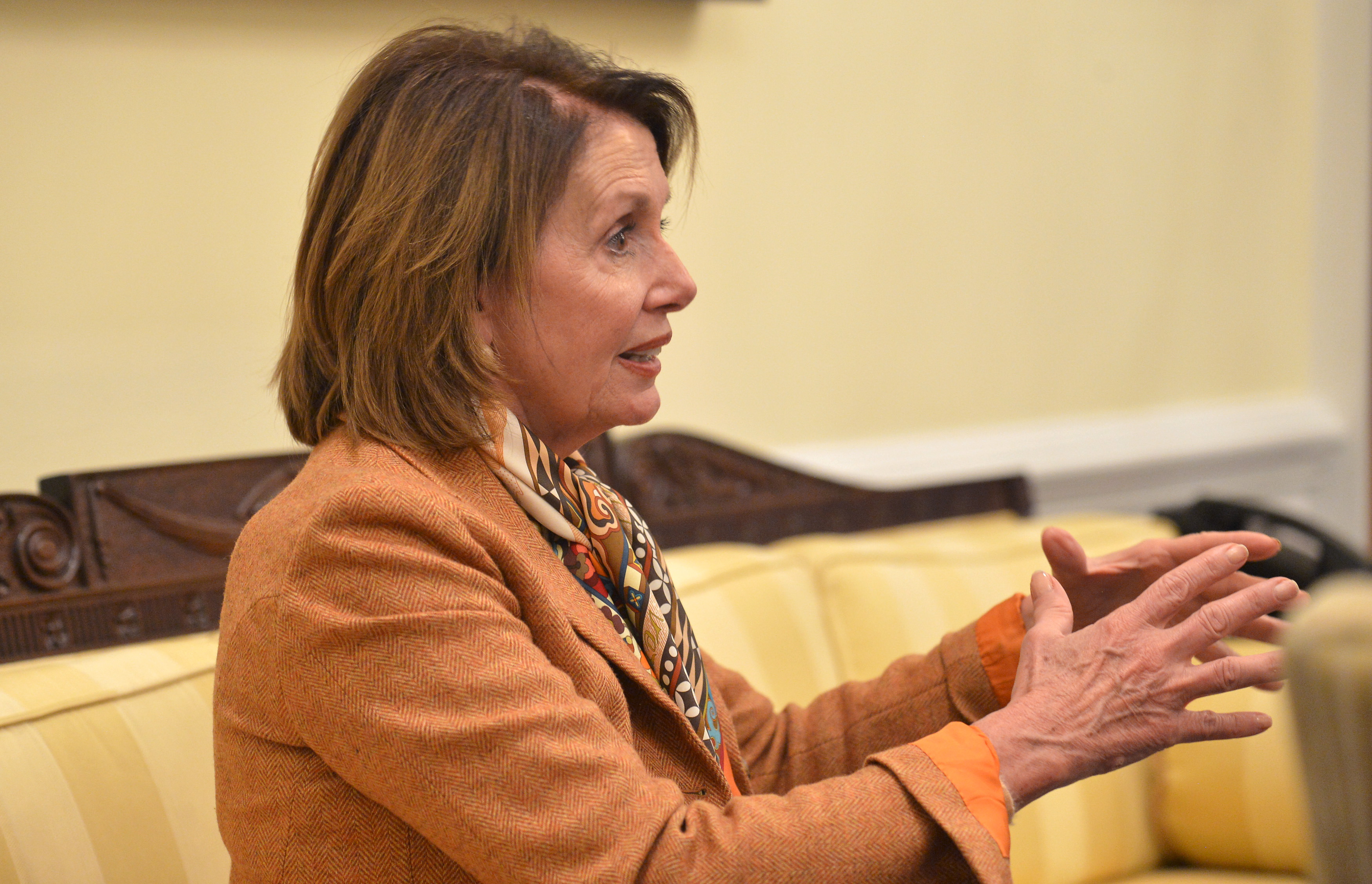 House Democrats on Wednesday morning began to raise several concerns with the $1.1 trillion spending package that leaders from both parties had agreed upon a day earlier.

"I urged the members to review the legislation," House Minority Leader Nancy Pelosi, D-California, told reporters after huddling with her caucus.

Democrats are concerned, Pelosi said, with the effect the lifting of the 40-year-old crude oil export ban will have on American jobs, such as moving them overseas. Democrats had pushed for renewable energy tax credits in exchange for the repeal of that ban.

"Members are curious to see what the renewable package is to offset the damage done by the exportation of the oil," Pelosi said.

The more than 2,000-page measure also doesn't include a provision to grant Puerto Rico agencies access to Chapter 9 bankruptcy as it faces its debt crisis. Pelosi said the spending package ignores Puerto Rico's problem and doesn't do anything substantial to address it.

"I hope the speaker will today," said Pelosi, who said the list of complaints "go on and on," but suggested these issues might not blow up the deal. "We're trying to be as positive as possible because we must keep government open."

Speaker Paul Ryan, R-Wisconsin, meanwhile, touted the deal as being "bipartisan" and "bicameral."

Asked if he anticipated reopening negotiations, Ryan simply said, "No."

Democrats also blasted the separate bill that would extend several expired tax breaks (known as the "tax extenders") that was part of the deal. Some of those tax breaks would have been extended permanently, and Democrats objected to the cost, which could reach nearly $800 billion over the next decade, according to the Committee for a Responsible Federal Budget. Democrats instead proposed that Congress pass a two-year tax extender package instead.

While Democrats are voicing concerns about the lifting of the crude oil export ban and Puerto Rico, they managed to prevent a number of controversial policy riders proposed by Republicans.

The House is set to vote on the bill, which would fund the government through September, on Friday. Both chambers must pass another short-term spending bill first to avert a shutdown on Wednesday night.