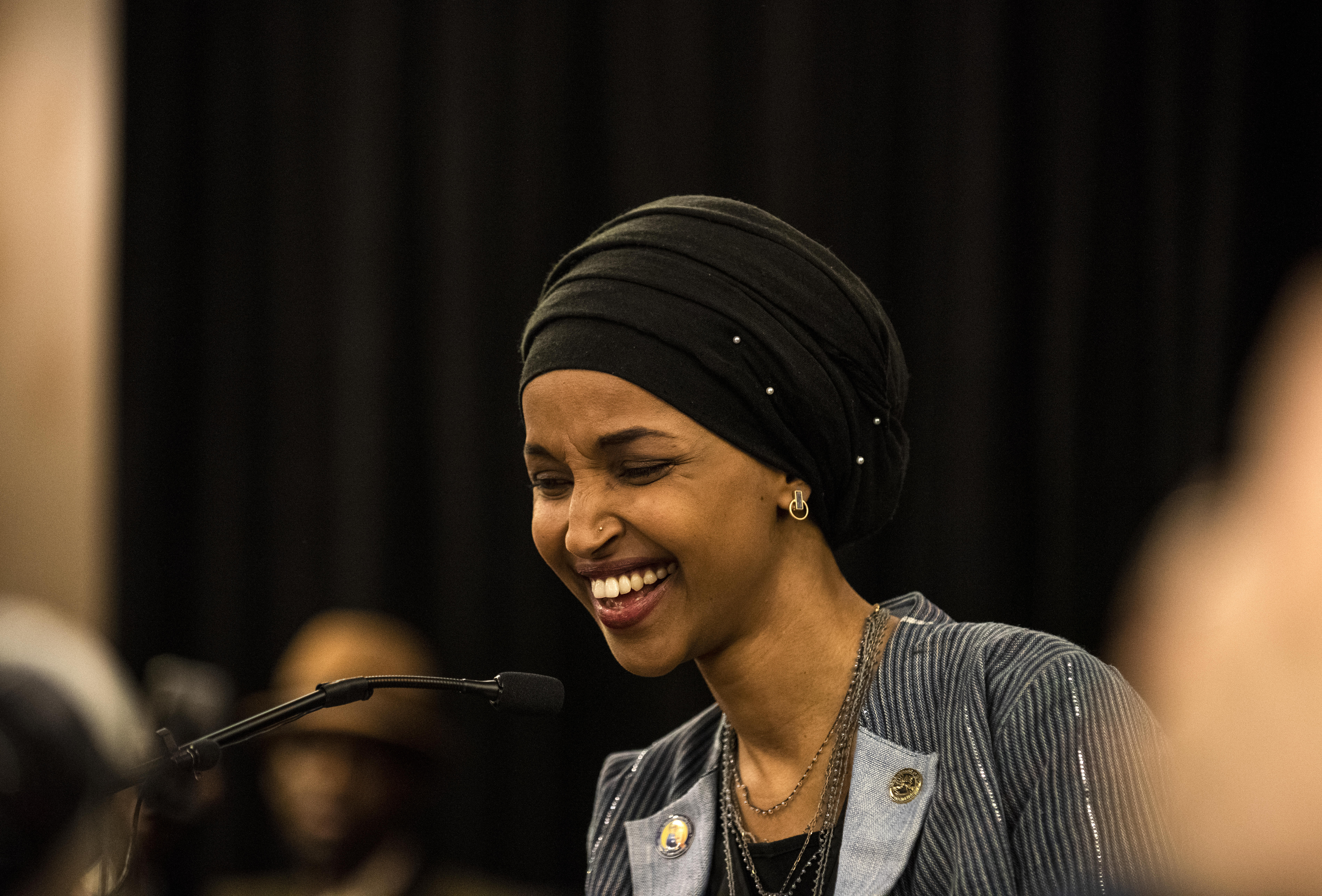 The first two Muslim women elected to Congress will soon be coming to Capitol Hill. And with them could come an end to a 181-year ban on headwear on the House floor.

House Democrats are calling for the chamber to change its rules about headwear to allow members to wear religious garb such as hijabs, worn by some Muslim women, and kippahs, traditionally worn by Jewish men.

Ilhan Omar of Minnesota, who wears a headscarf, and Rashida Tlaib of Michigan are the first two Muslim women ever elected to Congress. Omar tweeted over the weekend that she'd be tackling the ban once she's sworn in this January.

"No one puts a scarf on my head but me. It's my choice — one protected by the first amendment," Omar wrote on Twitter, adding, "And this is not the last ban I'm going to work to lift."

A draft entitled "New Congress, New Rules" proposed by House Democrats specifically mentions this change, saying it will "clarify in the rules that religious headwear is permitted to be worn in the House chamber" in order to "ensure religious expression." The proposal says Omar will work to implement the change with Massachusetts Rep. Jim McGovern and Democratic Leader Nancy Pelosi, who is running to be the next speaker of the House.

The proposals from House Democrats also call for adding an independent diversity office to promote a workforce "reflective of our Members and the districts they represent," and for adding a specific ban on LGBT discrimination.

The House passed a rule in 1837 saying none of its members could wear a hat on the floor during a session. The rule was later changed to essentially ban all headwear, stipulating that "Every member shall remain uncovered during the sessions of the House."

The incoming class of Congress members will also include the first two Native American congresswomen, Massachusetts' first black congresswoman, and 29-year-old Alexandria Ocasio-Cortez of New York, the youngest woman ever elected to Congress.