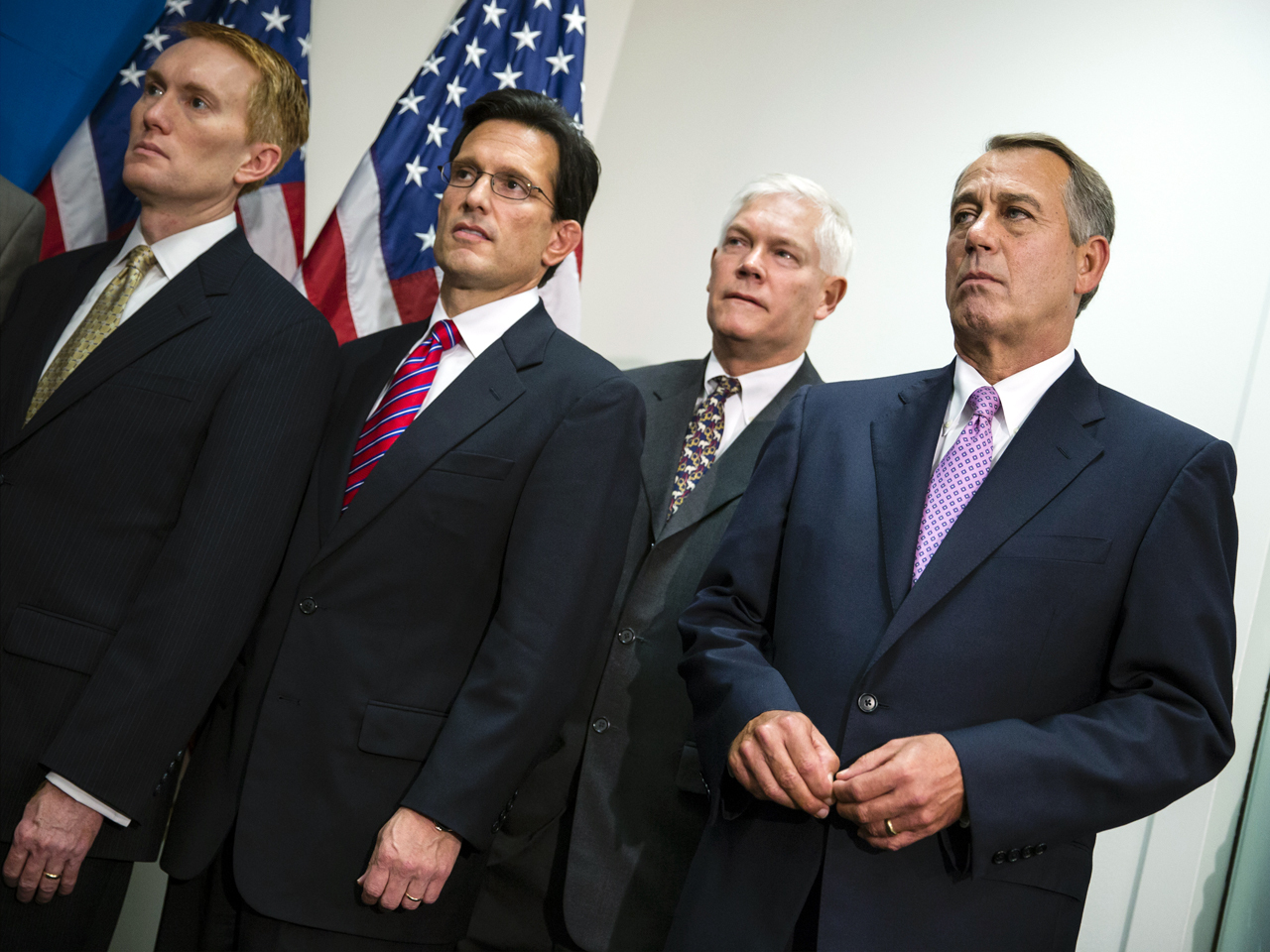 With much of the federal government shut down for the fifth day, Congress has its hands full trying to reach an agreement on reopening the government, but one brief spot of compromise emerged on Saturday, when a broad bipartisan majority in the House of Representatives passed a bill granting back pay to federal employees who have been furloughed during the shutdown.

The bill passed by a margin of 407 to zero. Twenty-five members did not vote. In a press conference after the vote, House Majority Leader Eric Cantor, R-Va., said the House "took another step to try and ease the pain of the federal government shutdown."

Senate Democratic leaders have not commented publicly on the proposal, but the White House has signaled its strong support.

"Federal workers keep the Nation safe and secure and provide vital services that support the economic security of American families," a statement from the White House read. "The Administration appreciates that the Congress is acting promptly to move this bipartisan legislation and looks forward to the bill's swift passage."

Restoring back pay to federal workers is "something Congresses have done every time there's been a shutdown, and it's something bipartisan majorities support," White House spokesman Jay Carney added on Friday.

Unfortunately, that is where the bipartisan agreement ends, for the most part.

The parties remain as far apart on Saturday as they have been for much of the week, with Democrats in the House and Senate calling for a "clean" bill to reopen the government with no strings attached, and Republicans demanding some kind of concession from Democrats on Obamacare before they consent to end the shutdown.

In his weekly address Saturday, President Obama again called on House Republicans to allow an up-or-down vote on a "clean" bill.

"There's only one way out of this reckless and damaging shutdown: pass a budget that funds our government, with no partisan strings attached," the president said.  "But the far right of the Republican Party won't let Speaker John Boehner give that bill a yes-or-no vote."

"Take that vote. Stop this farce. End this shutdown now."

In an interview with the Associated Press released Saturday, the president said the shutdown could end immediately if Republicans drop their demands and hold a vote. "We can vote to open the government today," he said. "We know that there are enough members in the House of Representatives -- Democrats and Republicans -- who are prepared to vote to reopen the government today. The only thing that is keeping that from happening is Speaker Boehner has made a decision that he is going to hold out to see if he can get additional concessions from us."

On Friday, House Democrats unveiled a strategy that could end the impasse by October 14. They are circulating a "discharge petition" that, if signed by a majority of House members, regardless of party affiliation, could force a vote on a spending bill to reopen the government, sans any alterations to the health care law.

That strategy aims to exploit the fissures among Republicans that have surfaced in press reports. A growing handful of GOP congressman are coming around to the idea of ending the government shutdown and living to fight over budget policy another day.

In the meantime, however, Republicans have pushed a series of bills to restore funding to isolated parts of the government, including the National Institutes of Health, veterans' programs, and others.

Those proposals have cleared the House only to be promptly killed by Democrats in the Senate, a fact bemoaned by Cantor after the House voted on Saturday.

"Look at the votes we have taken," he instructed the reporters present, telling them to "ask [Senate] Majority Leader Reid why is he not bringing up any of these bills? Because I think there is a majority of senators who support these bills to ease the pain on the American people."

If the president has an axe to grind with the opposing party, why would he want to put the American people in the middle of that and force the pain on them?" Cantor asked.

"When Republicans asked Senate Democrats to join with us and pass these bills, they simply said no," he complained. "The White House recently claimed that somehow they were 'winning' and that it 'doesn't really matter' how long the shutdown lasts. Apparently they think the government shutdown is good politics, and they're in no hurry to break the stalemate."

"It has become disturbingly clear that the Obama-Reid shutdown is no longer about health care, or spending, or ideology," explained Cornyn. "It's about politics, plain and simple. The Democrats have calculated that by prolonging the shutdown, and maximizing the pain, they can bully Republicans into doing whatever President Obama and [Senate] Majority Leader Reid want them to do."

Cornyn was referring to an anonymous quote a senior administration official gave the Wall Street Journal: "We are winning... It doesn't really matter to us" how long the shutdown lasts "because what matters is the end result."

The quote prompted House Speaker John Boehner, R-Ohio, to remark on Friday, "This isn't some damn game! The American people don't want their government shut down, and neither do I. All we're asking for is to sit down and have a discussion and to bring fairness to the American people under Obamacare."

Mr. Obama tried to undo the damage on Friday, insisting that he simply wants the shutdown to end as soon as possible. "There's no winning when families don't have certainty about whether or not they're going to get paid or not," he said. "As long as [federal workers are] off the job, nobody's winning, and that's the point. We should get this over with as soon as possible."

Senate Majority Leader Harry Reid, D-Nev., suggested on Friday that Republicans already won by getting Democrats to agree to a spending level $70 billion lower than what Democrats wanted.

"I'm not sure anyone comprehends... how difficult it was to negotiate the number that Speaker Boehner said we would have to agree to get a clean CR," Reid said. "I did that in the good faith that the compromise and negotiations I made with Speaker Boehner would bear fruit... I lived up to my end of the bargain."

Meanwhile, as the Republican attempts to dismantle Obamacare go nowhere, some are suggesting that they change their demands to focus on long-term fiscal issues -- and possibly combine discussions over re-opening the government with the upcoming debt limit deadline.

Boehner maintained on Friday that he intends to raise the debt limit, to ensure the nation doesn't default on its loans. However, he added, "I think the American people expect if we're going to raise the amount of money we can borrow we ought to do something about our spending and the lack of economic growth in our country."