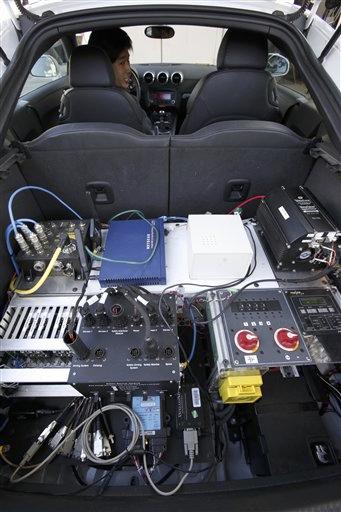 A new study out of Norway concludes that it's unlikely lobsters feel pain, stirring up a long-simmering debate over whether the valuable seafood suffers when it's being cooked.

Animal activists for years have claimed that lobsters feel excruciating agony when they are cooked, and that dropping one in a pot of boiling water is tantamount to torture.

The study, which was funded by the Norwegian government and written by a scientist at the University of Oslo, suggests that lobsters and other invertebrates probably don't suffer even if lobsters do tend to thrash in boiling water.

"Lobsters and crabs have some capacity of learning, but it is unlikely that they can feel pain," the study concluded.

The 39-page report was aimed at determining if invertebrates should be subject to animal welfare legislation as Norway revises its animal welfare law. The report looked at invertebrate groups such as insects, crustaceans, worms and mollusks and summarized the scientific literature dealing with feelings and pain among those creatures without backbones.

It concluded that most invertebrates — including lobsters, crabs, worms, snails, slugs and clams — probably don't have the capacity to feel pain.

Lobster biologists in Maine have maintained for years that the lobster's primitive nervous system and underdeveloped brain are similar to that of an insect. While lobsters react to different stimuli, such as boiling water, the reactions are escape mechanisms, not a conscious response or an indication of pain, they say.

The Norwegian report backs up a study in the early 1990s at the University of Maine and reinforces what people in the lobster industry have always contended, said Bob Bayer, executive director of the Lobster Institute, a research and education organization in Orono.

"We've maintained all along that the lobster doesn't have the ability to process pain," Bayer said.

People for the Ethical Treatment of Animals, an animal rights organization based in Norfolk, Va., has made lobster pain part of its Fish Empathy Project, putting out stickers and pamphlets with slogans like, "Being Boiled Hurts. Let Lobsters Live."

PETA regularly demonstrates at the Maine Lobster Festival in Rockland, and 10 years ago placed a full-page ad in a Rockland newspaper featuring an open letter from actress Mary Tyler Moore urging festival-goers to forego lobster.

"If we had to drop live pigs or chickens into scalding water, chances are that few of us would eat them. Why should it be any different for lobsters?" the ad read.

"This is exactly like the tobacco industry claiming that smoking doesn't cause cancer," she said.

Robertson said many scientists believe lobsters do indeed feel pain. For instance, a zoologist with The Humane Society of the United States made a written declaration that lobsters can feel pain after a chef dismembered and sauteed a live lobster to prepare a Lobster Fra Diavolo dish on NBC's "Today" show in 1994.

But Mike Loughlin, who studied the boiling of lobsters when he was a University of Maine graduate student, said lobsters simply lack the brain capacity to feel pain.

"It's a semantic thing: No brain, no pain," said Loughlin, who now works as a biologist at the Maine Atlantic Salmon Commission.

It's debatable whether the debate will ever be resolved.

The Norwegian study, even while saying it's unlikely that crustaceans feel pain, also cautioned that more research is needed because there is a scarcity of scientific knowledge on the subject.

Whether lobsters feel pain or not, many consumers will always hesitate at placing lobsters in boiling pots of water.

New Englanders may feel comfortable cooking their lobsters, but people outside the region often feel uneasy about boiling a live creature, said Kristen Millar, executive director of the Maine Lobster Promotion Council. "Consumers don't generally greet and meet an animal before they eat it," she said.